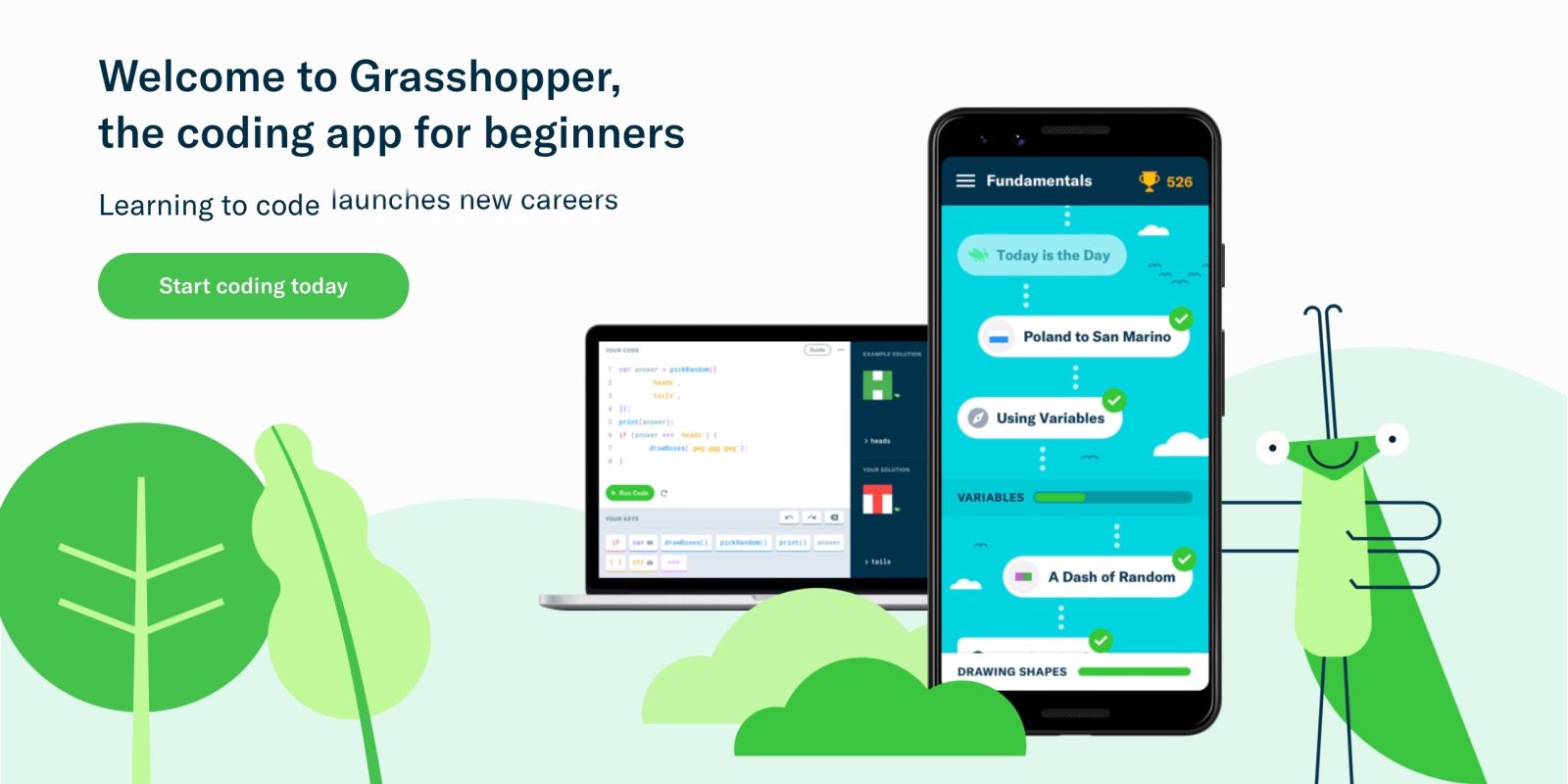 Launched in April 2018, Google this January reported 1.6 million downloads. In the intervening 10 months, that total has risen to “more than two million.”

Grasshopper students include stay-at-home parents, construction workers and factory machinists–people who don’t necessarily have programming experience, but who are interested in exploring coding as a career option.

Today’s update makes Grasshopper’s “beginner-centered learning environment” available on devices with larger screens. The website makes use of the full display width by adopting a three-panel UI where instructions are on the left, followed by code, and a device preview at the right.

Google is also adding two new classes that mark the occasion: Using a Code Editor and Intro to Webpages.

Our Intro to Webpages course includes a new project-based curriculum focused on building and designing a website from the ground up. We teach beginner coders the Javascript fundamentals necessary to build a website, as well as new HTML and CSS-based coursework. After just four courses, beginner coders will understand how to build a simple webpage.