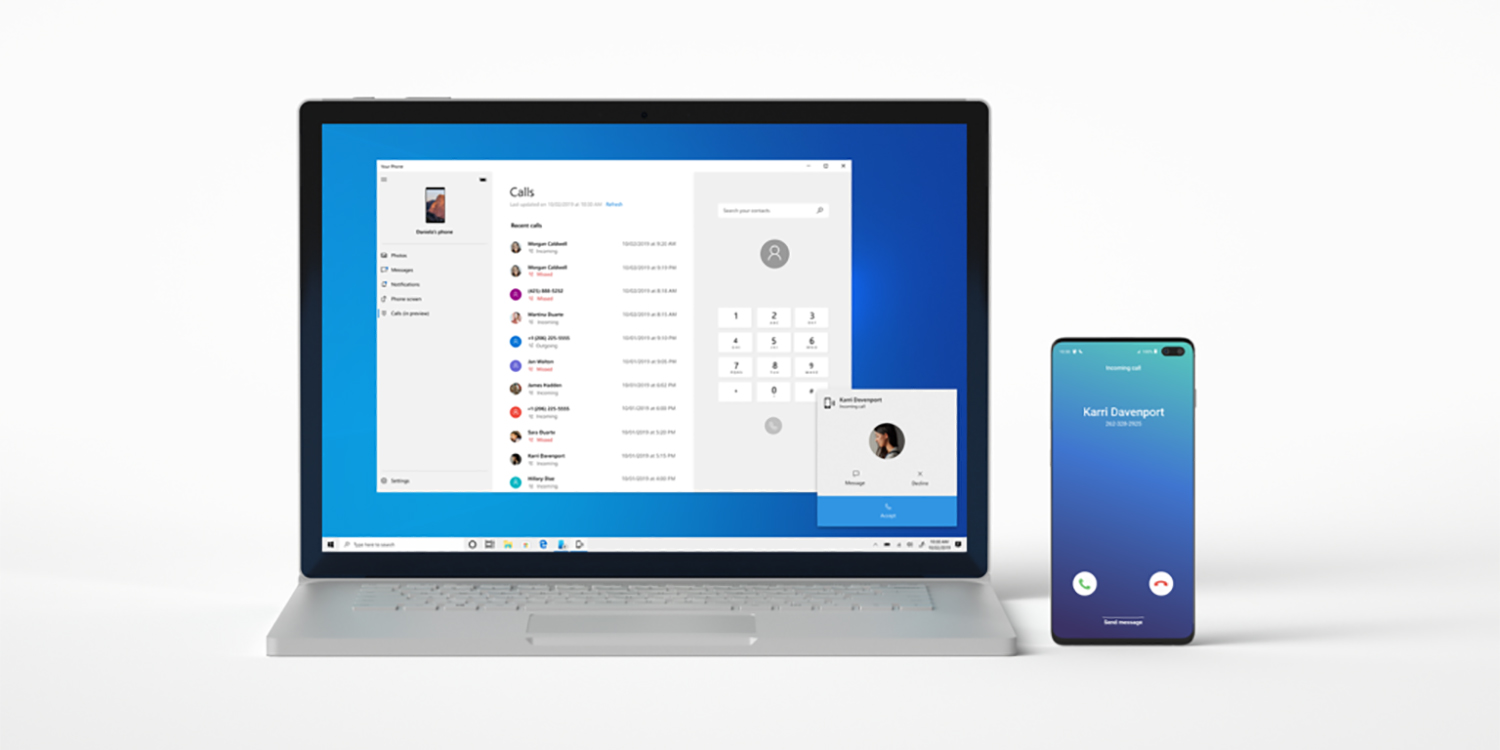 The latest Windows 10 Preview build has enabled the ability to take calls from your Android phone right on your desktop.

Initially announced in August at Samsung Unpacked as an exclusive for Samsung phones, the feature is now available to anyone running the Windows 10 Insider Preview build 18999, with a compatible Android phone.

This could be the very start of tighter integration between your Windows 10 PC or laptop and Android. With Microsoft banking on Android as the OS for its upcoming folding concept Surface Duo, could we see more smartphone controls from our desktops?

Either way, being able to take and make calls on your main desktop or laptop will no doubt be useful for millions of us out there, and brings us a step closer to parity with iOS and MacOS users out there. Initiating a call is as easy as using the in-app dialer.

With the Calls feature you can:

You don’t even have to accept the call to your Android phone from your Windows 10 PC. There is even the ability to respond to unwanted calls with a text message or simply putting them through to your voicemail.

Microsoft notes that the update should be rolling out to those on enrolled in the Insider programme with 19H1 builds or newer. It also may take a few days once accepted to appear within the Your Phone app.

As for minimum requirements, you’ll need an Android phone running Nougat or higher, as well as Bluetooth support on your Windows 10 PC or laptop to start taking and making calls.

Some known issues include crashes if you use certain gaming platforms with anti-cheat software included. Like Android beta builds, we don’t recommend installing a Windows Preview build on your main computer.