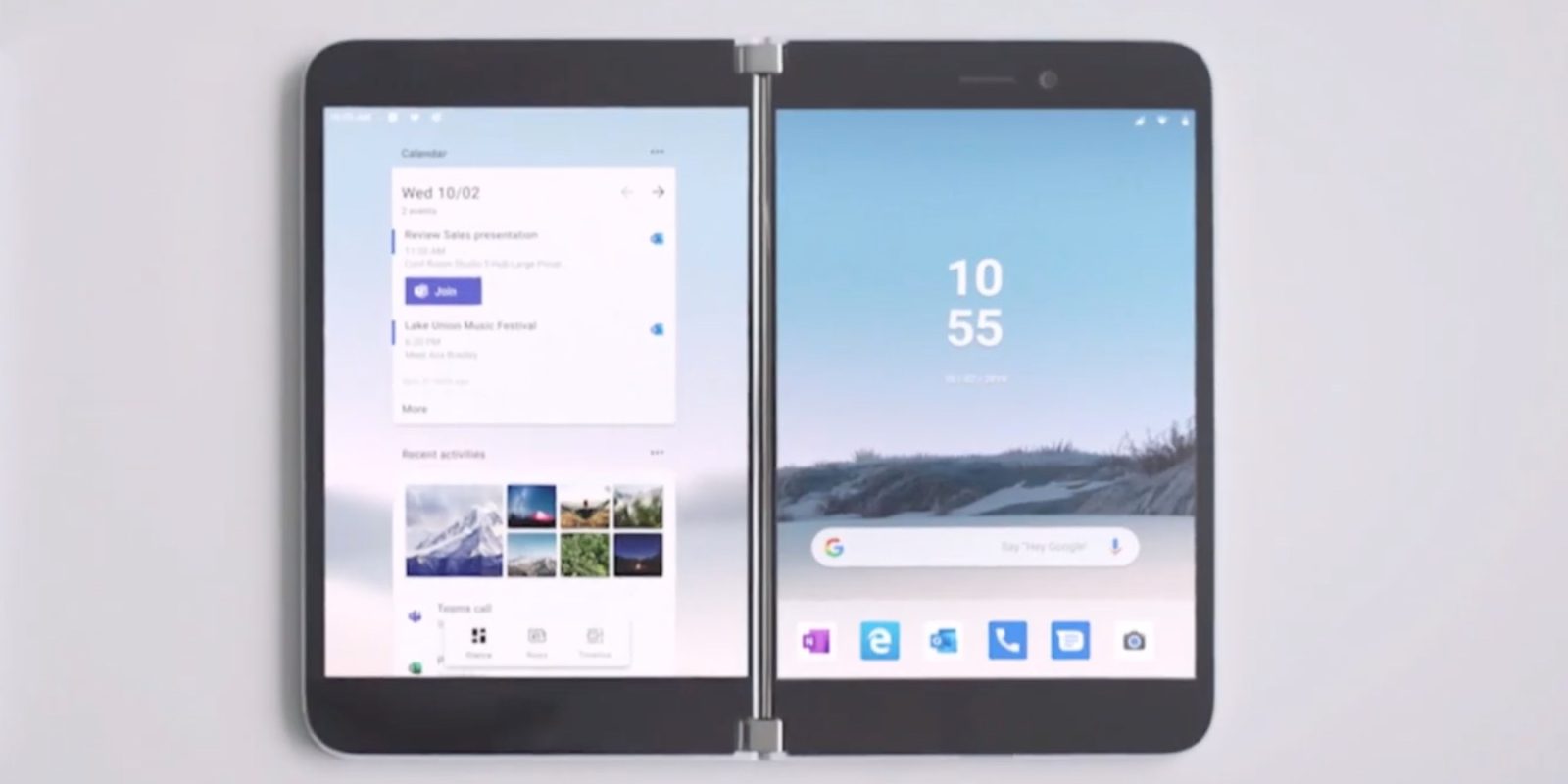 After announcing the dual-screen Surface Neo PC, Microsoft announced a smaller version running Google’s mobile OS. Surface Duo with Android features two screens that can be used in a variety of form factors, including as a phone.

The “Surface phone” running Android has been rumored for ages, and Microsoft today showed it off for the first time. Design-wise, it’s just a smaller variant of the Windows-running version. That said, the screens are still quite large with sizable top and bottom bezels.

The combined screen — disregarding the bezels in the center — is more wide than it is tall. The displays can be folded all the way back so that there is a touchscreen on the front and rear. It can be folded into a number of angles, or “adaptable postures.” The company is positioning the Surface Duo as a full productivity device under the “Surface” brand.

Hardware-wise, there is a lock button and volume rocker on the right-edge and USB-C port on the bottom edge of that right screen. That side also has the speaker grill and front-facing camera. There is also support for stylus input.

The Surface Duo is running Android and has the full Play Store, with Microsoft specifically acknowledging how it’s “partnering with Google to bring the absolute best of Android into one product.”

Microsoft’s priority as a company is to offer services, with first-party apps like Skype and Office on full display in this brief teaser video. This Android Foldable looks to be running the Microsoft Launcher, through the Google Search bar is clearly visible.

The Surface Duo with Android will be available holiday 2020.