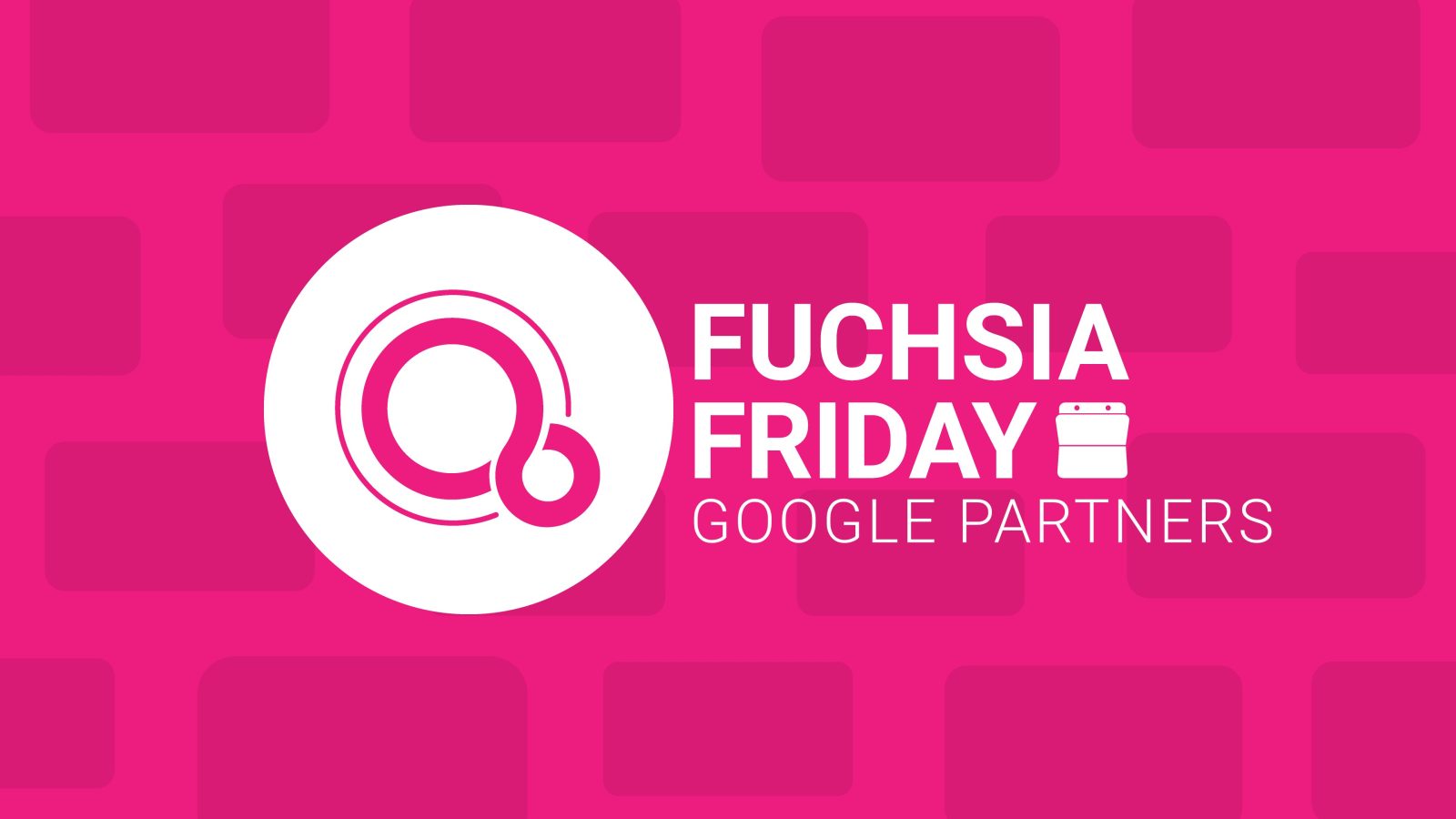 Over the past two years, we’ve closely followed the development of Google’s Fuchsia OS and the various hardware products it supports. Thus far, these products have almost all been Made by Google devices like the Pixelbook and Nest Hub, used simply as testbeds for Fuchsia on various form factors. But if Fuchsia is to ever succeed, Google will need to partner with other companies on developing their own Fuchsia-based hardware and software projects.

This week in Fuchsia Friday, we take a look at the various Google partners that have looked into Fuchsia OS, including familiar names like Samsung and Sony.

Sometime in the last few months, a subtle change occurred in the Fuchsia repository. Previously, Fuchsia-related bugs were hosted on a private instance of Jira, a third-party service from Atlassian designed to manage software development.

Now the Fuchsia team has moved their bug tracker over to “Monorail,” a bug tracker created and used by Google’s Chrome team. In fact, it’s even hosted on the same “bugs.chromium.org” domain as the Chromium bug tracker.

While this new bug tracker is closed off to the public, just like their tracker on Jira, we can still learn one interesting detail from it. Specifically, an extremely brief description of the new Fuchsia bug tracker is included in the page title, which includes the word “partner.”

It’s no secret that Google will closely collaborate with other companies on the development of software including Android and Chrome OS. To help ensure problems and ideas are communicated effectively, Google has created a Partner Access program that gives other companies’ employees access to private areas of Google sites, especially bug trackers.

Partner users are users from companies or organizations that are collaborating with Google on specific projects that use Issue Tracker.

These partner users are each given a new email address along the lines of “[name]@[company].corp-partner.google.com”. Partners often use these same Google Accounts to log in to “Gerrit” which is where much of Google’s public-facing software development occurs, including for Android, Chrome, and Fuchsia.

Back to Fuchsia, a new job listing was posted this week for a “Strategic Partner Development Manager” for Fuchsia. One of the key “job responsibilities” listed for the open position is to “serve as the industry liaison and secure commitment from partners to support the strategic priorities of Fuchsia.” 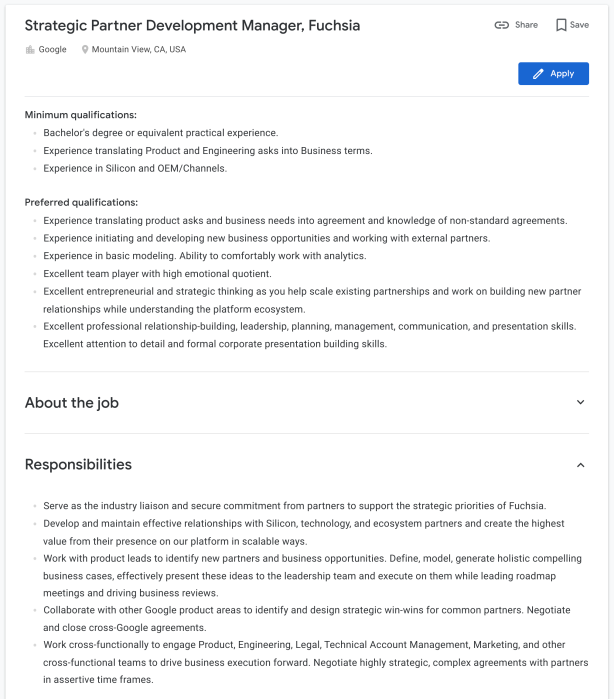 Who are Fuchsia’s partners?

Putting it all together, we can pretty confidently say that Google wants to partner with companies on some sort of Fuchsia-related projects. But who’s biting? While the new bug tracker won’t divulge any secrets itself, we took a closer look at the Fuchsia Gerrit to see if any “corp-partner.google.com” email addresses appeared.

As of today, 21 different “partner users” appear in Fuchsia’s Gerrit source code management, from 13 different companies, six of which (in bold below) are also Android OEMs. The rest include chip manufacturers and software engineering companies. Some of these partner users, from the likes of Oppo and Xiaomi, even have experience contributing to the Linux kernel which is the foundation for Android.

Immediately, we should note that not every company on this list is necessarily working on or even interested in Fuchsia. All it means is that at least one employee from these companies visited the public Fuchsia Gerrit and clicked “Sign in” from their partner account. No more, no less.

In fact, not a single one of these partner users have contributed any public code changes directly. A few companies — like Huawei, Oppo, and GlobalEdge — have contributed code with a company email address, but not from a partner address.

What does it mean?

With that in mind, it’s far too early to speculate whether any of these companies are working with Google on a product for Fuchsia. What we might take it to mean, however, is that Fuchsia may be building into more than just the “experiment” that Google’s Hiroshi Lockheimer described Fuchsia as, earlier this year.

Google has many projects under way. We’re a technology company, so we invest in various technologies and experiments and so on. And some of those experiments and investments, we do in the public as open-source projects. Fuchsia is one of them.

At the very least, Google may be getting hardware and software partners involved early so that they can better understand Google’s vision for Fuchsia, to see if pursuing a project based on Fuchsia would be worth their investment and development efforts.