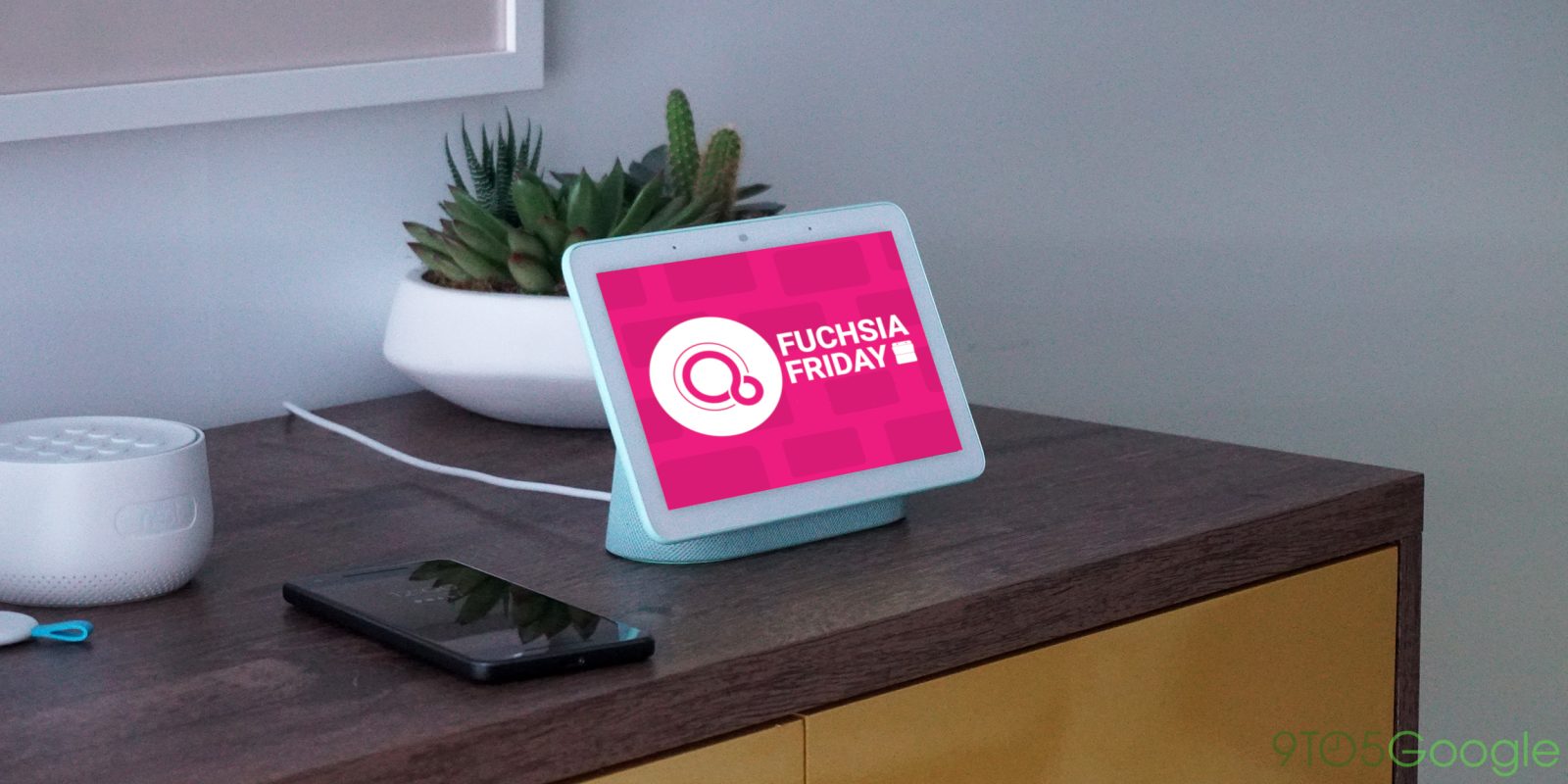 Amidst the announcements from yesterday’s Made by Google Event, we got a variety of details on the hardware for each of Google’s upcoming products. One of those, the Google Home Hub, may have outed itself as the latest Fuchsia OS device.

Fuchsia is Google’s in-development operating system that reportedly has ambition to replace Android within 5 years. It’s intended to work on everything from phones and laptops to IoT devices and more. Up to this point, however, we’ve really only seen it work on the Pixelbook. Today, we may have gotten confirmation of the next known consumer device that can at least run the all-in-one OS.

Those who follow our (now irregular) Fuchsia Friday series know that we’ve been following the development of a variety of prototypes for Fuchsia. The one we have the most information for, Astro, is also the one that has not made much sense for the kind of device we thought it could be.

In particular, we struggled to understand why Google would release anything using a 7″ display with 1024×600 resolution. By all standards those are “dated” specs. And all we knew besides those two details was that Astro was going to have an Amlogic S905D2 chip, and was in EVT testing (more on that), which meant it was likely going to release soon.

Fast forward to a new report today out of ArsTechnica. Google VP Diya Jolly, at yesterday’s event, apparently confirmed to Ron Amadeo that instead of running on the Qualcomm SD624 SoC, the Home Hub uses an Amlogic chip. She also confirmed that unlike the other smart displays we’ve seen this year, the Home Hub will not run on Android Things, but the “Cast platform.”

Yet another connection surfaced this week: According to What Hi-Fi?, the Home Hub has an incredibly familiar display size and resolution: its 7-inches and comes in at 1024×600.

With those tidbits, we knew we had to dig deeper. Our own Abner Li and Dylan dug into the latest Google Home app, updated to prepare for the Google Home Hub. Inside, they found the Home Hub’s codename: “Estelle”. We also independently confirmed with a second source that Estelle is indeed the Google Home Hub.

Armed with this, I scoured Fuchsia’s Gerrit source code management for any signs of “Estelle”. Lo and behold, the holy grail:

Here, we can see Astro and Estelle mentioned in nearly the same breath (on a commit dedicated to Astro, no less).

Let me take a second to say that this is the last thing I ever expected to be true. I even came out strongly against this possibility. Even as I type this article I find it hard to believe, but that doesn’t change the fact that I’ve apparently been proven wrong.

To be clear, this doesn’t mean that the Home Hub runs Fuchsia out of the box. The official word is that the device uses the “Cast platform,” but it is worth keeping in mind that, in addition to getting Chromium running in Fuchsia, Google is working on porting Chromecast capabilities to Fuchsia.

Another interesting circumstance comes from Fuchsia’s Gerrit source code repository. In the past week there have been a significant number of commits cherry-picked into a branch named “milestone-1011“. The trailing number here is interesting to me. My first instinct is October 11th, potentially signifying the milestone’s due date. This falls 11 days before the Home Hub’s October 22nd release date. Other possibilities include “October/November”… or simply being an arbitrarily picked number. Regardless, it’s interesting.

All the same, it seems most likely that the Home Hub is just being used as a test device the same way the Pixelbook is, but I would love to be proven wrong a second time. It does seem like a great deal of work to get one device running only to not use much of it. Also, some part of me would like to imagine an army of tech journalists, our own Stephen Hall included, using Fuchsia OS without being aware of it.

Update: Some more information came to light today. Namely, Fuchsia did not have support for the Home Hub’s volume buttons until today. At the Made by Google event, we were not able to get a full hands-on demo like we did with the Google Pixel Slate, but Engadget was able to and shared a video of their experience. About 28 seconds into the video, you can see the volume controls being used successfully. This seemingly confirms that the Google Home Hub will not ship with Fuchsia. What this means for the future of Fuchsia on the device is still unknown.