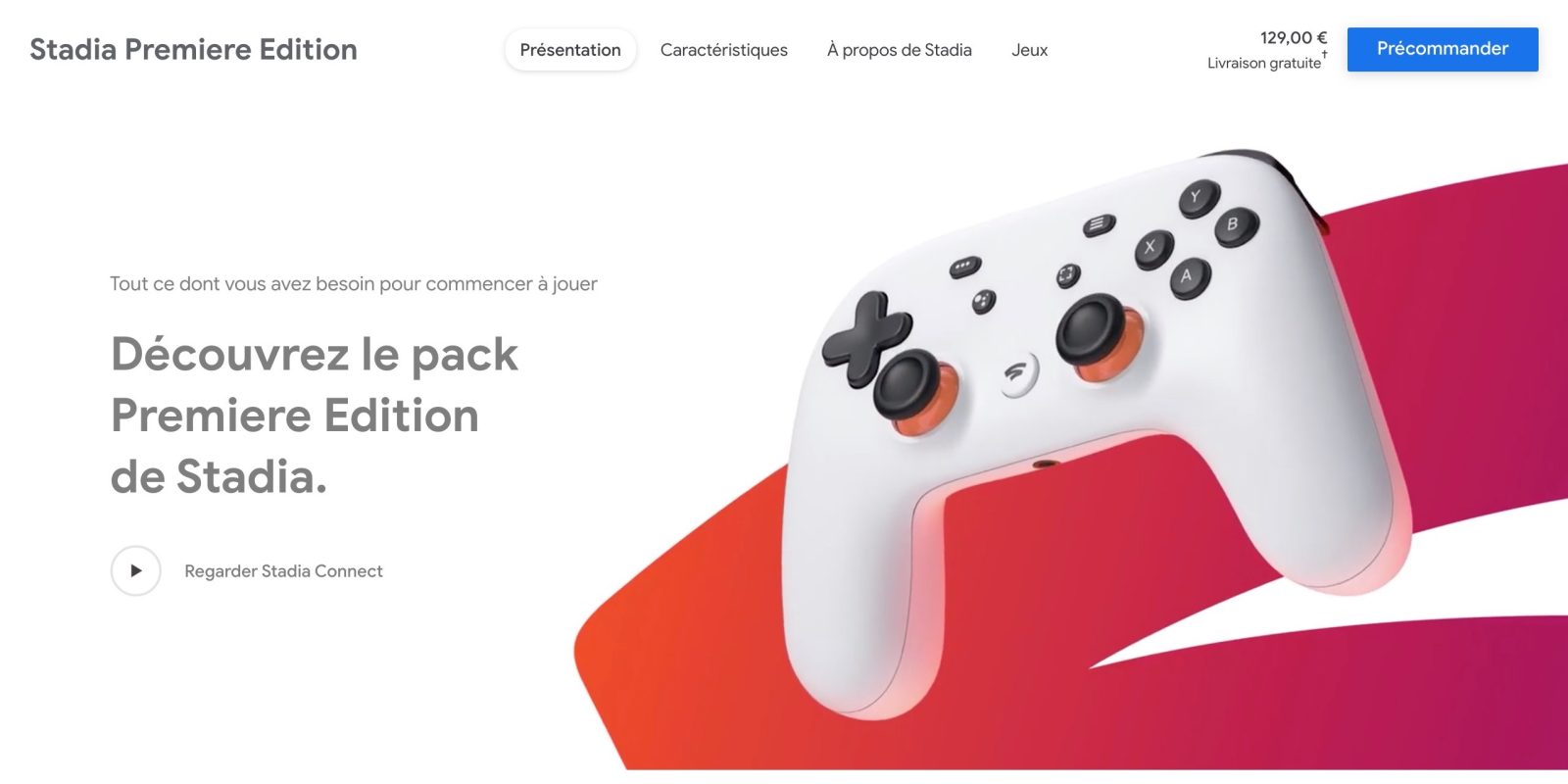 The second Stadia Connect in August was entirely focussed on games save for one tidbit from Google about Founder’s Edition being “almost sold out.” That has now occurred in “most of Europe” and in its place is Stadia Premiere Edition.

Stadia Premiere Edition still bundles in a Chromecast Ultra and the Stadia Controller. However, it’s the Clearly White Made by Google Wi-Fi controller instead of the limited-edition Night Blue variant. This color features a white body with black buttons and orange accents underneath the thumbsticks.

Three months of Stadia Pro is included, with day one access to the service like Founder’s Edition. What’s missing is the Buddy Pass to let a friend try Stadia, the Founder’s Badge on your profile, and the ability to be one of the first people to reserve a Stadia Name.

The United Kingdom still offers Founder’s Edition, along with the major markets of the United States and Canada. However, once sold out, Stadia Premiere Edition will take its place.

Update 10/15: Following the Made by Google 2019 announcement that Stadia is launching on November 19th, Founder’s Edition has sold in the UK. This joins the rest of Europe mid-September and means that the original bundle is only available in the US and Canada. According to the official Twitter account, Stadia Premiere Edition will soon be available in the UK to pre-order.

The game streaming service is launching in 14 countries this November. Of course, Google never specified how many Stadia Founder’s Edition packs were made available in each locale.