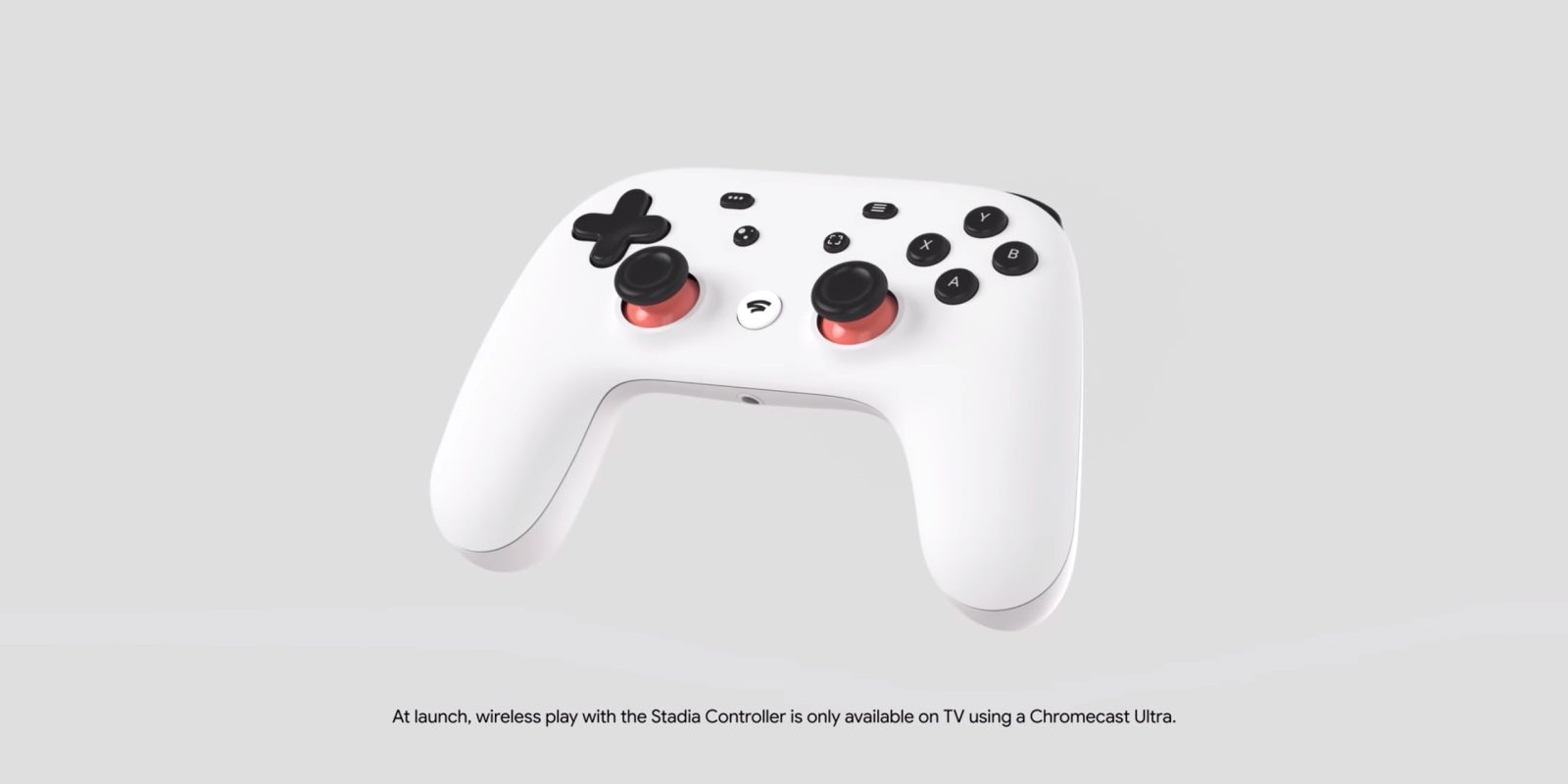 Google announced yesterday that Stadia is officially launching on November 19th, and revealed a slew of more details. The company also revealed that “wireless play” on the Stadia Controller will only work with the Chromecast Ultra at launch.

The game streaming service’s only piece of first-party hardware is a Controller that features Stadia-specific shortcuts and Wi-Fi. Google touts how that accessory’s direct connectivity to Stadia instances in the cloud allows for the lowest latency gaming experience.

Yesterday’s “Everything You Need To Know Before Launch” video had the following disclaimer about Stadia Controller’s wireless play:

“At launch, wireless play with the Stadia Controller is only available on TV using a Chromecast Ultra.”

While that’s correct for TVs, there is also a broader limitation according to a Googler on r/Stadia yesterday:

As for wireless gameplay, this is limited to Chromecast Ultra. When plugged in via USB cable, the Stadia Controller acts as a standard USB HID controller and may work on other platforms depending on the game and setup.

The original Reddit question specified at launch in November, with Google now stating that the ability to play wirelessly with the Stadia Controller is limited to a Chromecast + TV setup. While it’s understandable that the best experience gaming experience for most users is on a large screen, this means that using the Stadia Controller on desktop Chrome and supported phones/tablets will have to be tethered via USB. It somewhat makes the touted “cross-screen” experience less seamless.

Yesterday’s video very subtly shows a wired connection from the Stadia Controller to a generic Pixel phone and Pixelbook. One odd thing is how the Founder’s and Premiere Edition bundle includes a USB-A to USB-C cable, which is fine for most laptops, but would require an adapter for Pixel 3 and Pixel 4 owners.

Presumably, this gets resolved in the future, with Google already detailing how a handful of Controller functionality — USB-C and Bluetooth audio — is coming post-launch.

That said, it’s not quite clear why Google is limiting the marquee wireless feature of its Stadia Controller when — in theory — there should be no direct connection between that accessory and what device you are streaming Stadia to. When you’re actually playing games, the Controller should just send input to the cloud, not the Chromecast. Hopefully, this is Google just trying to optimize the initial launch experience.