Xiaomi’s Android-based MIUI 11 road map has been revealed via the official MIUI India Twitter account, where they confirmed that the update will roll out from October 22.

Just last month we saw the Pocophone head confirm on his social media accounts that the Pocophone F1 would get the Android 10 MIUI 11 update from “mid-Oct.”

It turns out that was pretty much on the money as far as estimations go. The MIUI roadmap states that Pocophone F1 owners will see the OTA update hit their devices from October 22 as part of the initial rollout phase.

[Update 10/30]: The stable MIUI 11 update should now be rolling out to those that have the Pocophone F1 and Redmi No 7 Pro as confirmed by the official MIUI India account (via XDA-Developers). Be sure to check if you’ve got an OTA download file waiting for you to upgrade.

Mi fans, we are rolling out #MIUI11 for #RedmiNote7Pro in batches. We are trying super hard to ensure that all devices get the update as soon as possible.

Are you excited about all that #MIUI11 has to offer? pic.twitter.com/rJZRAQI6xo

If you didn’t already know, the MIUI 11 update was already available for several devices in China. But because the Pocophone F1 is not officially available in China, we didn’t know when or whether the device would be included in the list of 40 or so Xiaomi devices in line to receive the update.

A concrete release date is great for avid fans of one of the standout “budget flagship” devices in recent years — although it’s still difficult to recommend within the US due to carrier compatibility issues.

As for the update, MIUI 11 brings some improved visuals, animated Always-on Display tweaks, and some further interface overhauls to really freshen up the entire experience. The addition of a dedicated system-wide Dark Mode will also be a massive bonus for avid Xiaomi fans. 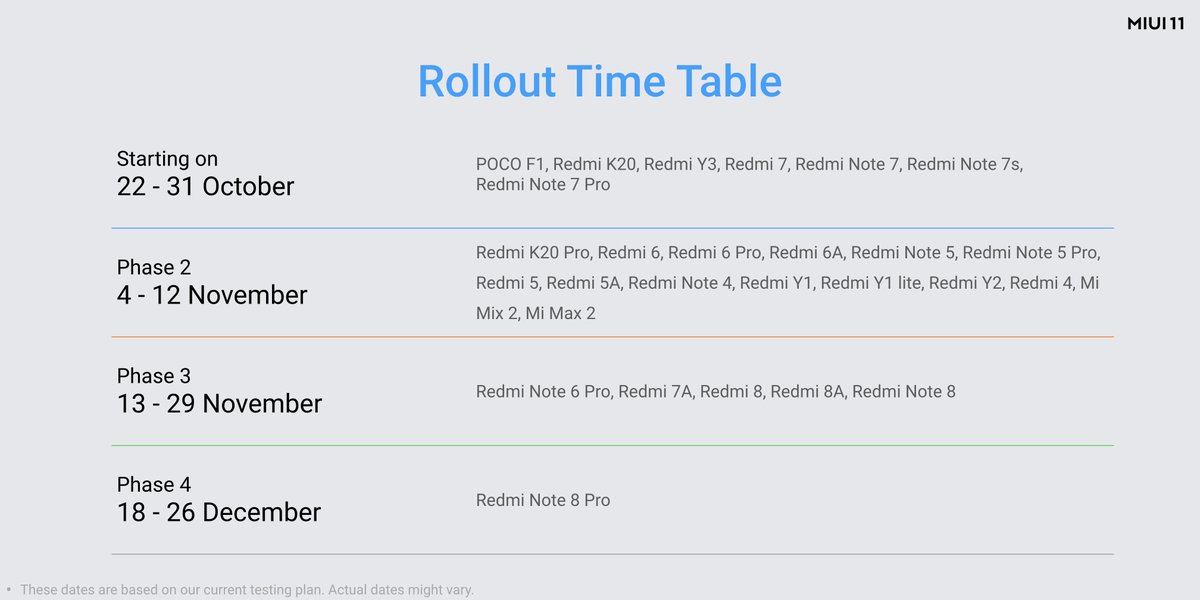 While these dates on the MIUI 11 road map might seem explicit, they are always open to change or slippage. It may be worthwhile checking back once we get confirmation of the update hitting devices from October 22.