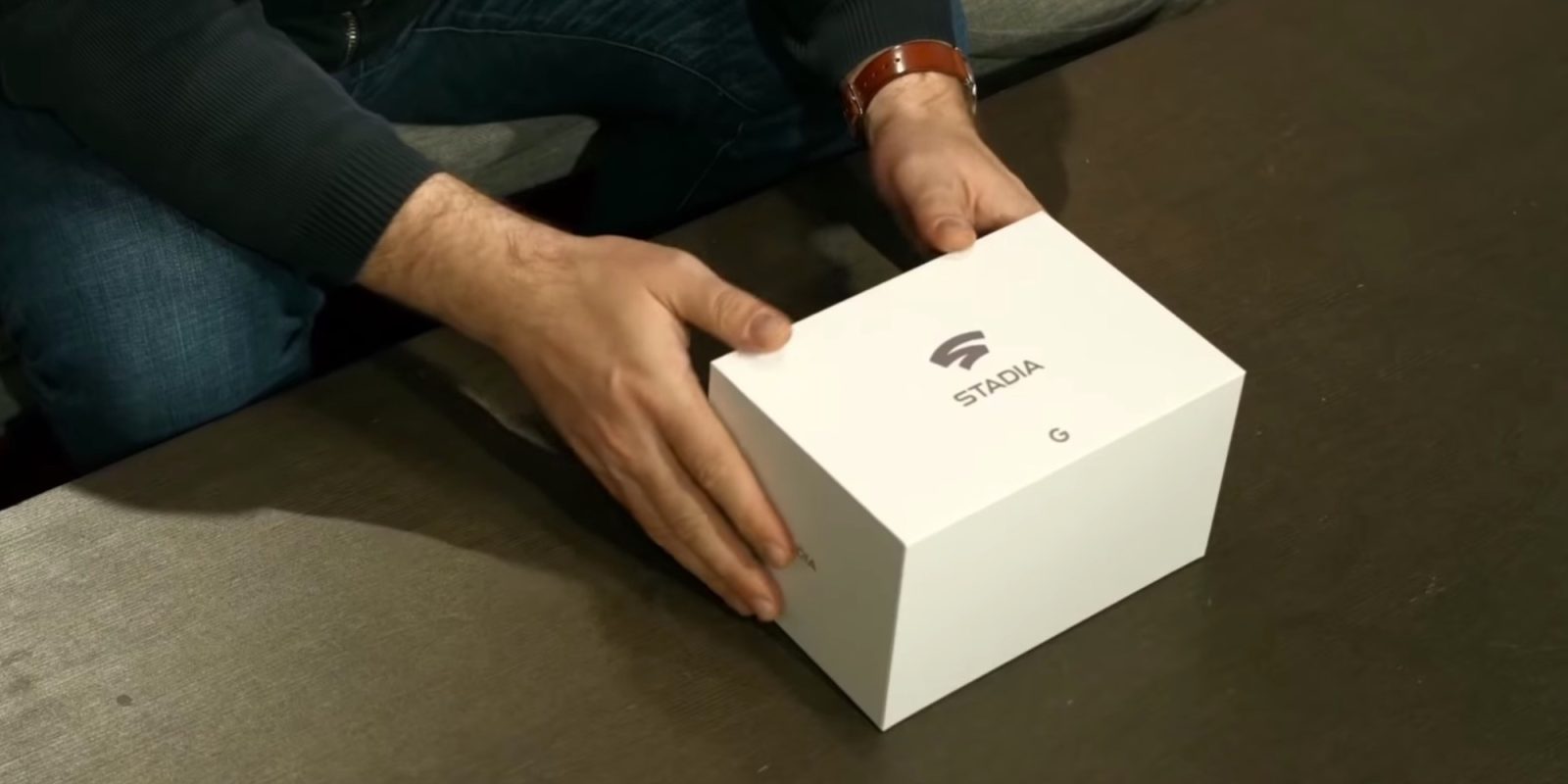 Ahead of Stadia Founder’s Edition arriving for early pre-orderers on Tuesday, the first unboxing video has emerged. French YouTube channel JeuxVideo.com shared a quick video of the sold-out kit and its contents.

Last month at Made by Google 2019, Google shared what the Premiere Edition packaging looks like. Instead of an image of the Stadia Controller, Founder’s has a silver ‘S’ beacon and “Stadia” logo with Google ‘G’ underneath. This just could be the box for reviewers, but this makes for a very clean and premium presentation. Underneath is the “One place for all the ways we play” tagline.

The limited-edition Night Blue Controller is front and center after sliding the lid off. It rests in a molded tray with the entire box serving as a good storage solution. Next is a white USB-A to USB-C cable and power adapter, while the Chromecast Ultra with integrated Ethernet and power plug is below it.

Not shown in this Stadia Founder’s Edition unboxing is a “Get Started” booklet and thank you note from the Stadia team. Google has also included two Stadia stickers:

The promise of creating one place for all the ways we play is a long-held dream. Today, we’re proud to see that dream becoming a reality.

A community of players is the core of Stadia. Thank for being the first to gather around.

One reason for a simpler box compared to Premiere is possibly how the latter could one day be sold in physical stores. The current edition available for purchase from the Google Store looks like all other first-party retail packaging and very clearly features the necessary retail barcodes and information.

Yesterday, Google fully detailed the Stadia Controller and how it works, while the AMA on Wednesday went over the setup process. Wireless capability requires that you use the Chromecast Ultra included in the box, while Bluetooth audio is coming in a post-launch update.