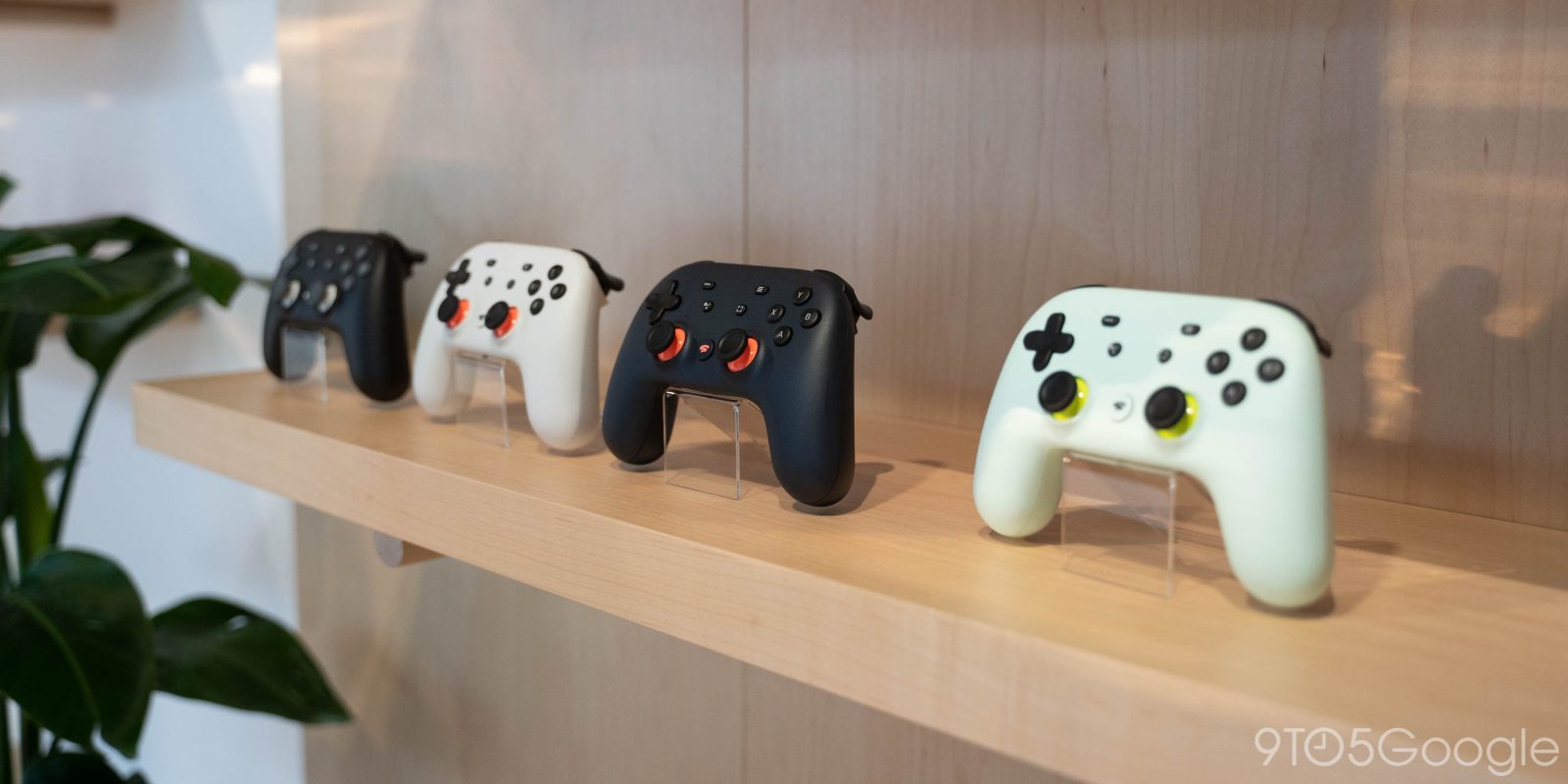 Following the Stadia AMA this afternoon, Google has updated its support pages with details about Stadia-compatible third-party controllers.

At launch, the only way to play on televisions is using a Chromecast Ultra with the Stadia Controller. This functions over Wi-Fi, thus fulfilling the full potential of the first-party accessory by directly connecting to Stadia servers. On Chrome and Pixel phones, USB connectivity is required as there is no Bluetooth support.

The DualShock 4, Xbox One Controller, and Xbox Adaptive Controller supports “USB & Bluetooth connectivity” on both desktop and Pixel. Older Microsoft accessories do not feature Bluetooth, while there are a number of disclaimers regarding the “Home” button: 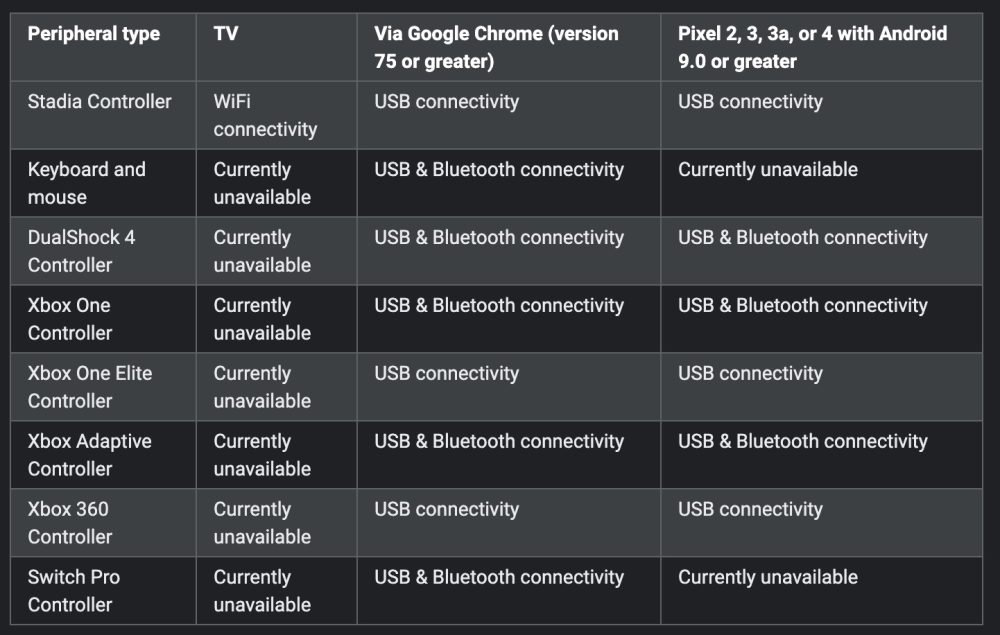 Lastly, the Switch Pro Controller supports USB & Bluetooth connectivity on desktop Chrome, but not Android 9. There are reports of the Nintendo accessory working on Android 10. Google does note that this chart is not “exhaustive.”

The table above does not provide an exhaustive list of controllers that may be used with Stadia – other controllers may also work with Stadia, depending on their compatibility with Chrome and Android.