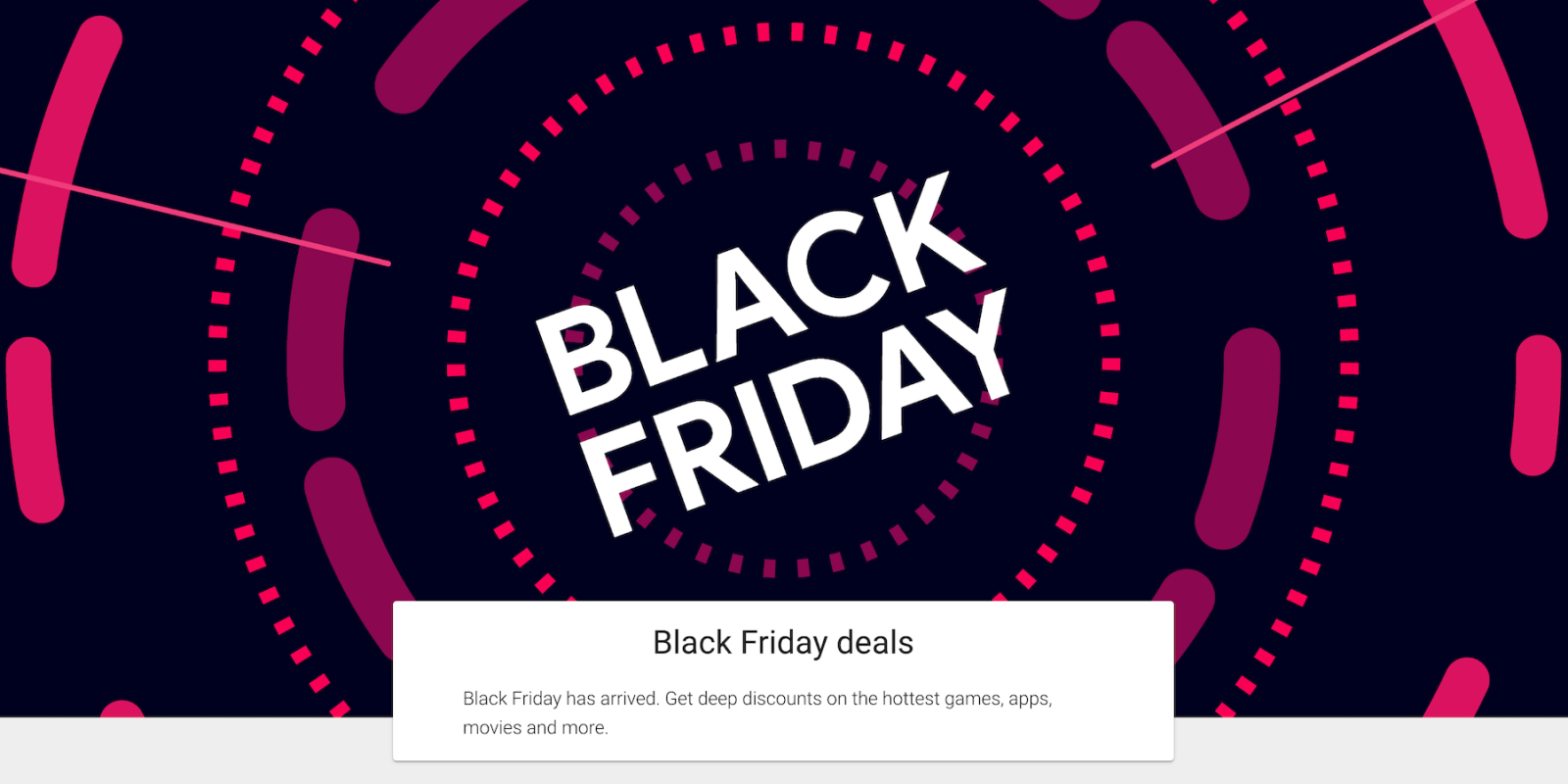 The Google Store kicked off Black Friday/Cyber Monday deals on Sunday with all other hardware sales starting at midnight on Thursday. On the virtual side, the Play Store is running its annual Cyber Week deals, with the most notable offer being a 4x Play Points bonus.

Play Points launched in the US earlier this month as a rewards program where you earn with every dollar you spend. The tiering system includes Bronze, Silver, Gold, and Platinum levels, with faster earning and more perks the higher you go up.

Starting today until Cyber Monday on December 2, those enrolled in Play Points can earn 4 points for every $1 spent. With most still on Bronze (1 point/$1), spending $37.50 will move you to the next level where you earn 1.1 Play Points for every dollar, while monthly periods allow you to get 3x points on movies, TV shows, and books.

This Google Play Black Friday offer is a fast way to level up until the end of next year, and keep in mind how Stadia game purchases also qualify. Points can then be redeemed for more Play Store credit. 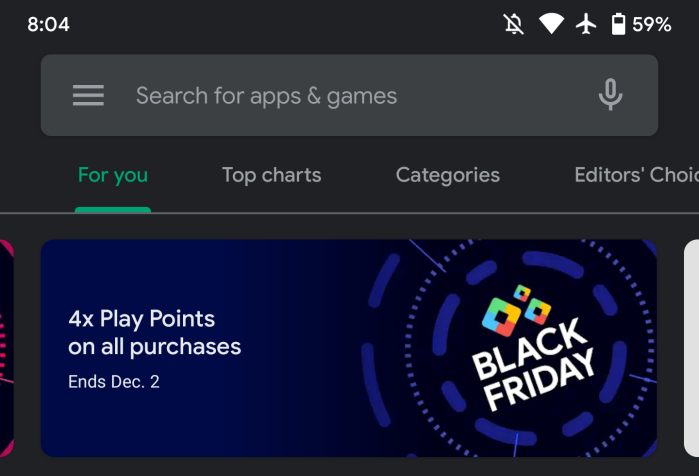 Meanwhile, Google is letting people sign up for Play Pass — which recently added 37 more titles — at $1.99/month for the first three months. There’s a collection of Android “Limited-time events & offers” and “Up to 80% off must-play games.”

There are similar deals for movies and television shows, as well as books and audiobooks. All Google Play Black Friday deals are available right now until Monday.