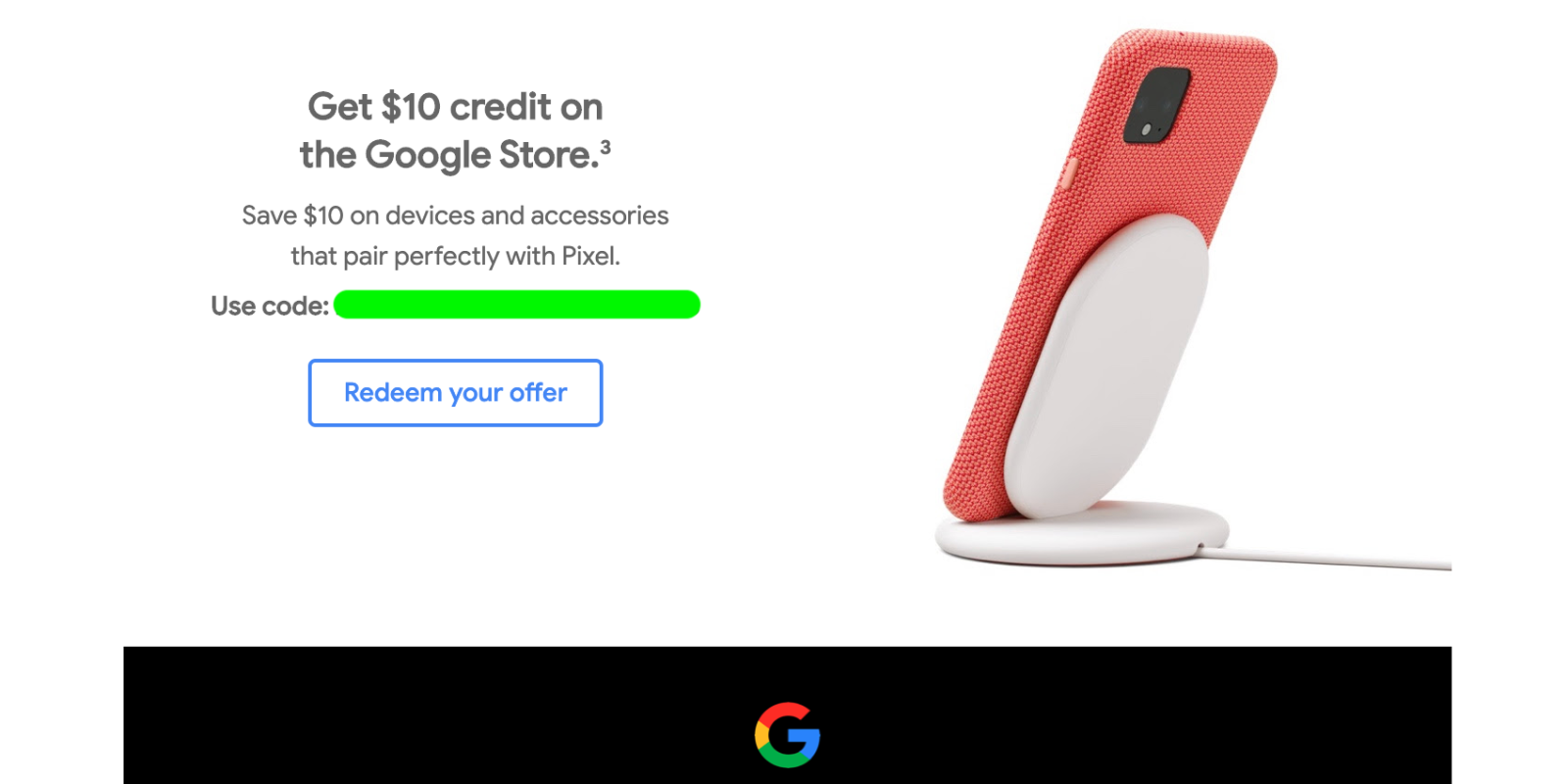 All of the Google Store’s Black Friday and Cyber Monday deals kicked off Thanksgiving Day. Prominently teased over the past week, the company is also emailing customers and buried within that reminder for some is a free $10 Google Store credit.

The message also notes the Pixel 3a at $299 and Pixel 3a XL down to $379. At the bottom of the email is a “Get $10 credit on the Google Store” promo. Valid on anything in the store until December 31, 2019, you can enter the promo code during checkout.

Save $10 on devices and accessories that pair perfectly with Pixel.

While a token amount, the company usually doesn’t send out free Google Store credit that’s not attached to a product you recently purchased. Rather, you usually have to get another person to buy something — like a Pixel 3a or Pixel 4 — with your code, and both parties then get $50.

Meanwhile, it’s best to spend it after the current set of deals as the $10 off cannot be combined with other offerings.