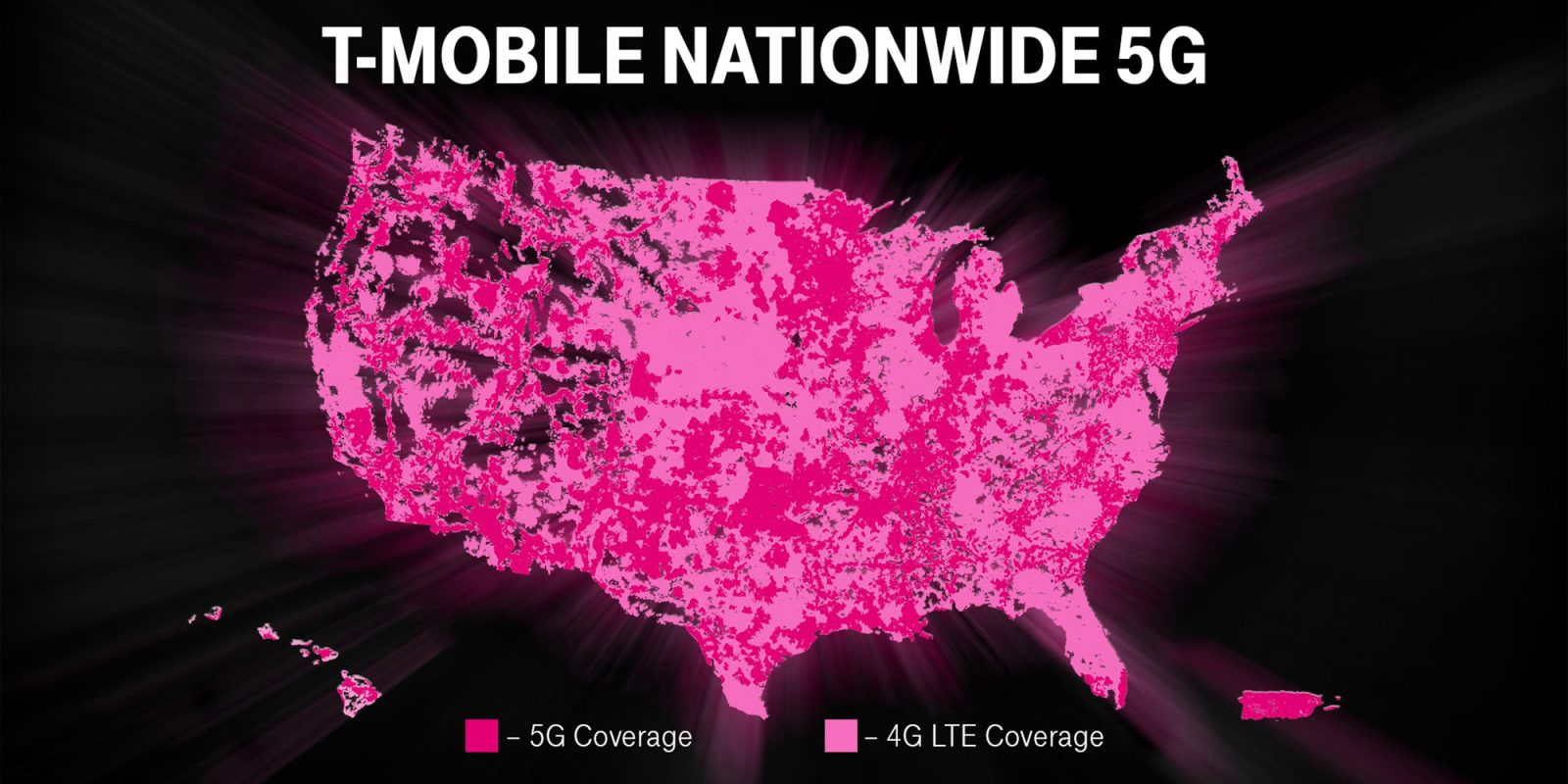 T-Mobile is going all-in on the 600 MHz 5G spectrum after turning on its 5G network in areas of the US that should give over 200 million people access to superfast data speeds.

However, this nationwide rollout of T-Mobile 5G uses the slower form of the new networking method. The 600 MHz spectrum should see subscribers download speeds increase by up to 20% over the carrier’s LTE network. They have stated that this will increase over time, though.

The 600 Mhz spectrum of 5G means that T-Mobile is able to deploy much further than many competitors, which is why they can make bold claims such as “nationwide coverage.” They can’t claim to be the fastest, though, as that honor belongs to millimeter wave 5G — and is only available in a few cities.

Take a closer look at the 5G coverage map and you’ll see that there are some notable gaps, but T-Mobile has come closer than any other carrier to what you’d consider total nationwide coverage. It’s worth noting that the Sprint-T-Mobile merger will also allow subscribers to connect to Sprint cell towers should the deal be concluded. 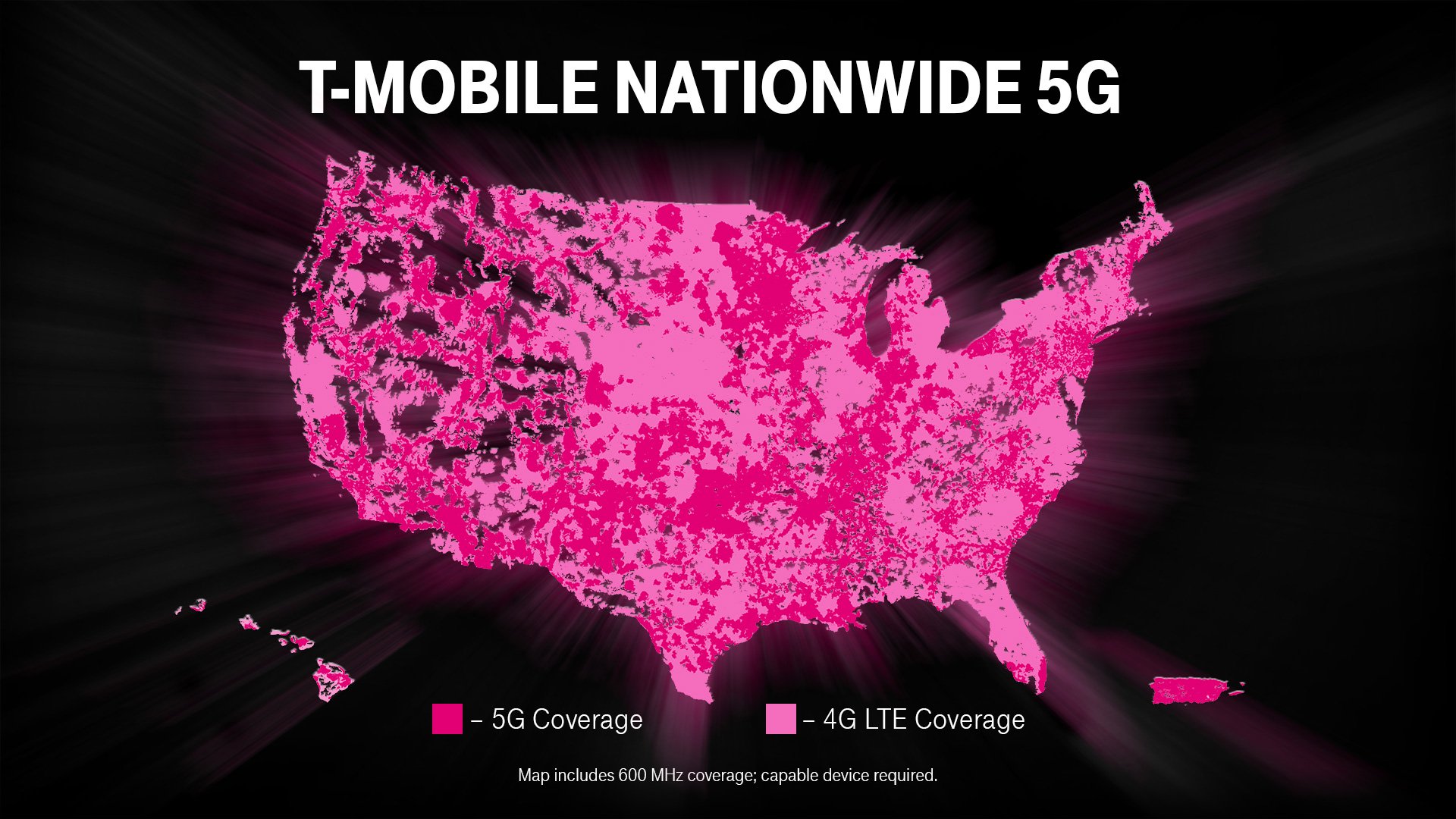 While the network is rolling out 600 Mhz 5G right now, you’ll actually have to wait until December 6 to pick up a compatible device. The first two are the OnePlus 7T Pro 5G McLaren edition and the Samsung Galaxy Note 10+ 5G — both of which have gone up for pre-order as of today.

The OnePlus 7T Pro 5G McLaren edition is actually the cheapest 5G-capable phone you can pick up right now at $899.99. It’s also a pretty fantastic phone to boot.