Google Stadia review: The future of gaming is here… but far too early [Video] 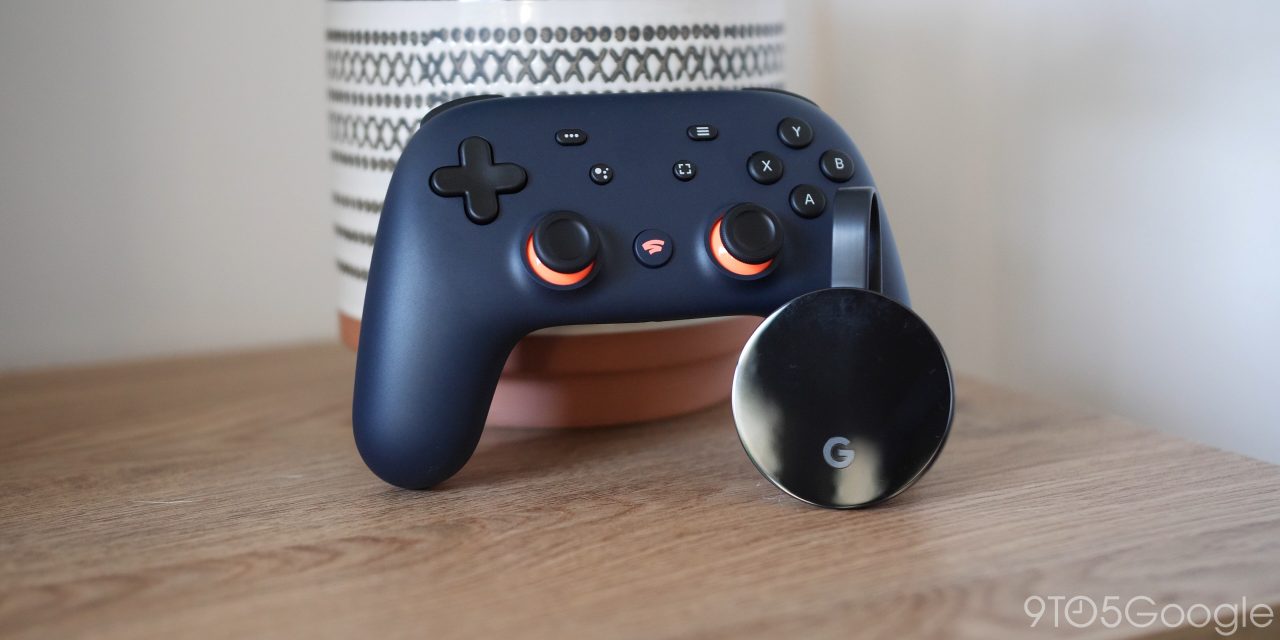 When Google announced Stadia, it was met with excitement and trepidation. A fully formed game-streaming service with no real reliance on hardware. Stadia is now available and the good thing is: It works.

Gamers are a hard bunch to please. To us, it’s not entirely clear if Google is targeting hardcore gamers or just the casual crowd that maybe want an inroad into gaming but find the access to hardware aspect much harder to justify.

While the game library is a little thin on the ground right now, that can be forgiven if the service is solid. For the most part, at least in my experience, Stadia runs very well and achieves the bare minimum and vast majority of what I expected it to do pre-launch.

That said, it’s much harder to convince gamers that this is a viable way of playing their favorite games right now. While physical media is still prevalent, game downloads have become the norm as internet speeds have improved over the past decade. However, despite these gains, game streaming feels as though it isn’t quite ready for prime time due to a number of factors.

There’s no doubt, though, that Google Stadia is far ahead of the gaming curve and could lead the way for the future of gaming and see everyone else play catch-up.

The only real pieces of hardware with Stadia you can pick up right now are the official Google Stadia controller and a slightly updated Chromecast Ultra — which has been optimized for gameplay. These are the bridges should you want to game on your TV or Pixel phone (support will come for other devices in 2020). 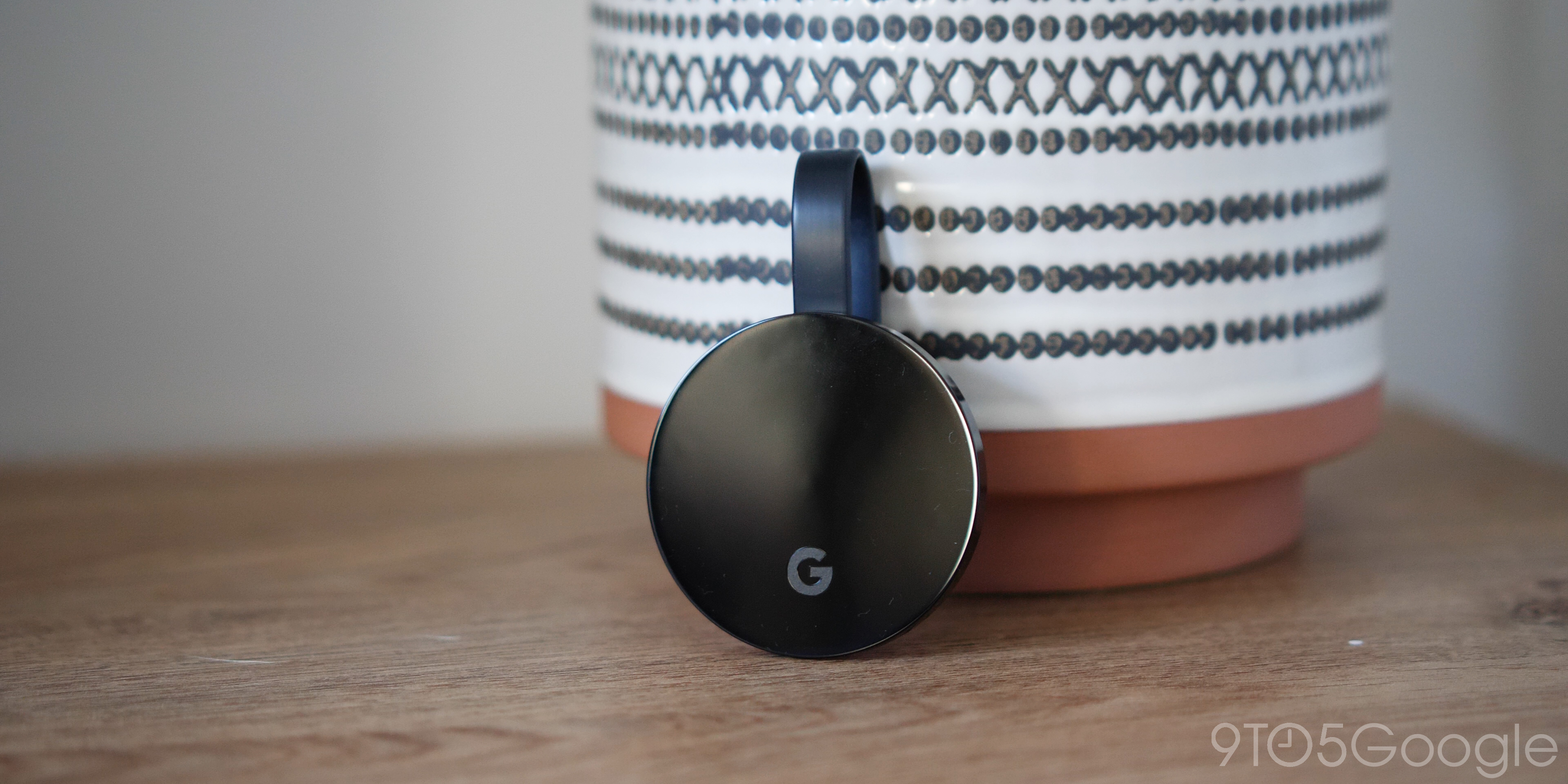 Because this is game streaming, you don’t actually need anything else. That is the real caveat and killer feature here. You can simply play top-tier triple-A games on essentially anything with an internet connection. There’s no reliance on a box under your TV or on your desk to play the latest titles in up to 4K at 60fps, and with minimal to no loading.

You can use third-party controllers, though, if you want to game on your PC, Mac, or laptop with no issues. This completely removes a barrier of entry that many people might have with a console or gaming PC. In another fantastic move, the service will work out what gamepad you are using and map it automatically. That process is a superb touch and makes it feel like a one-size-fits-all gaming service — which it essentially is aimed at being. 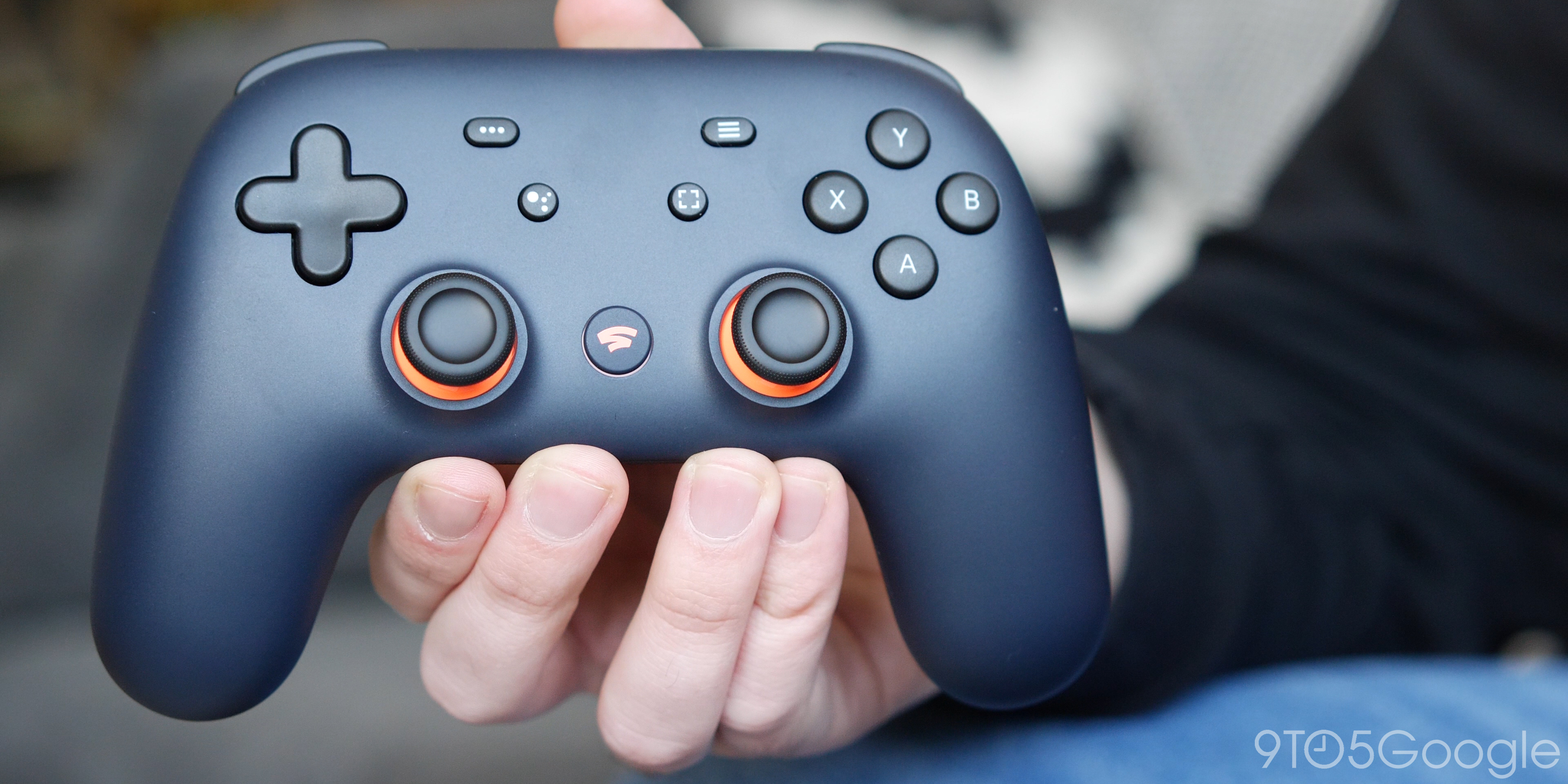 As for the Stadia controller, it’s by no means perfect, but it’s an excellent gamepad. Google clearly has listened or at least taken note of what the rest of the gaming industry is or has done and used that as the basis for the design — which isn’t trying to reinvent the wheel.

It fuses the triggers of the Xbox One controller with the size and shape of the Nintendo Switch Pro controller. The buttons are an odd mix but retain the Xbox One layout and feel very clicky. The analogue sticks remind me of those found on the Xbox 360 controller, but with the PS4 DualShock layout. As far as I’m concerned, the Stadia controller is Franken-pad in the best possible way.

When playing, the gamepad only currently works wirelessly with a Chromecast Ultra, which is a bit frustrating, but it is pretty solid with good rumble feedback. It took me literally no time to get used to the button layout and the feel of the gamepad. Everything feels natural and an extension of the experience. Further wireless Stadia controller support for desktop and mobile is expected in 2020, but we don’t have an exact timeframe. 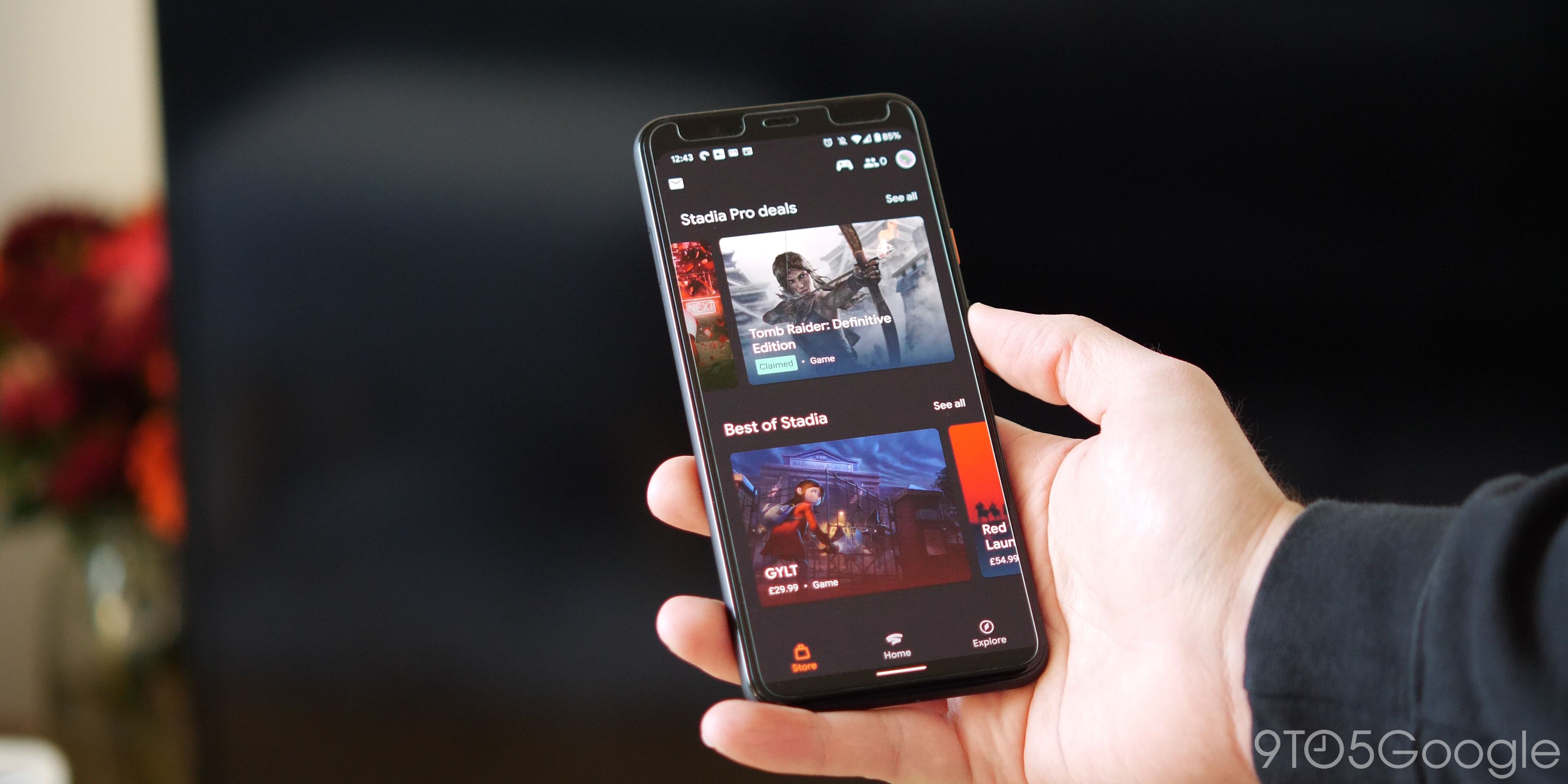 Any gaming service worth its salt is bound by the game library. At the moment, the Stadia game library is really lacking. Yes, there are some notable titles such as Red Dead Redemption 2, but for the most part, many titles are repackaged older games that you will likely have played through before.

It doesn’t help when the pricing feels way out of sync with the rest of the market. PC gamers are often spoilt by the wealth of choice and Steam Sales knocking down the price of triple-A titles. Console gamers have true exclusives such as Halo, Mario, and the Last of Us. Google Stadia subscribers have games like 2013’s Tomb Raider for around $10, which is not a good deal when it has been as low as $3 on competing services — although this title is free as part of the Stadia Pro package.

Of course, there are different development costs and necessary tweaks that have to be made to get these older titles working on Stadia. The problem is convincing the general public that they are worth paying slightly more for. Until the Google game studio starts churning out competing games, we’ll have to wait until something killer comes along — although Borderlands 3 is due very soon. 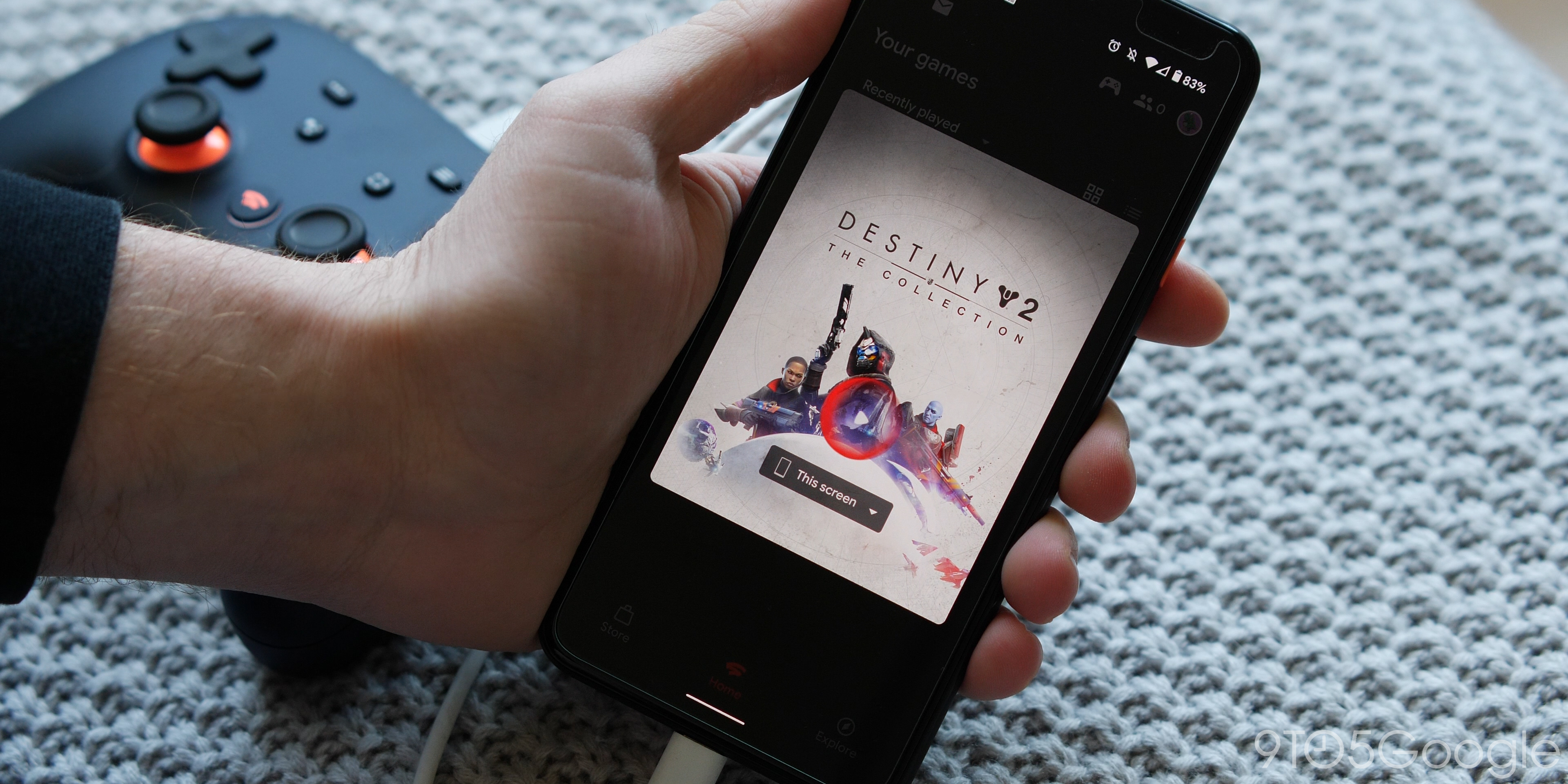 The main interface is superb in its simplicity. It’s streamlined to just get you into games on anything but mobile. You can see a timeline of games you’ve played, you can launch directly into any title, and get back to just where you left off.

The only problem I have with the barebones setup is that on mobile it proves to be difficult to quickly launch a game when you have the gamepad connected. A fusion of touch controls and the gamepad feels a little counterintuitive and something that should be resolved.

My own interpretation of the Stadia interface is that it more closely resembles the early era of web-connected games. You just get into a title and enjoy it rather than worrying about party chat and extra shenanigans. We’ll see it develop over time and add far more extra features, but for now it’s the games doing all of the talking — albeit not that many of them. 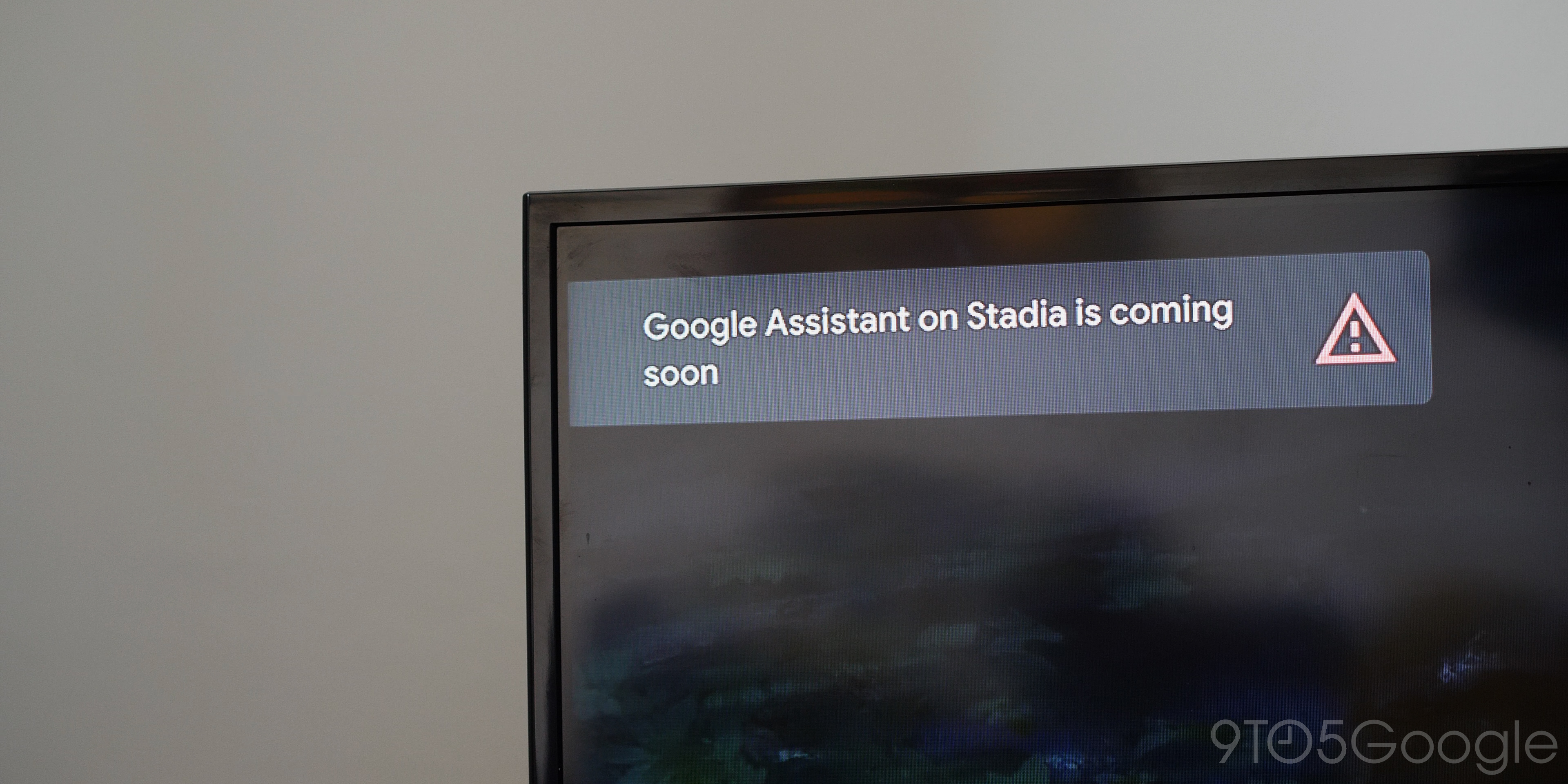 My biggest disappointment is that at launch, most of the demo features we saw and were salivating over the prospect of simply aren’t there yet. You can’t yet ask the Google Assistant for specific level help or start streaming your gameplay on YouTube, plus the multitude of other impressive features we saw at the unveiling earlier this year.

We don’t even have any timeframes for when we might see some of them hit Stadia yet, either. It’s disappointing to be missing out on core selling features, but again, these will come, and with further integration with games when developers slowly jump on board. 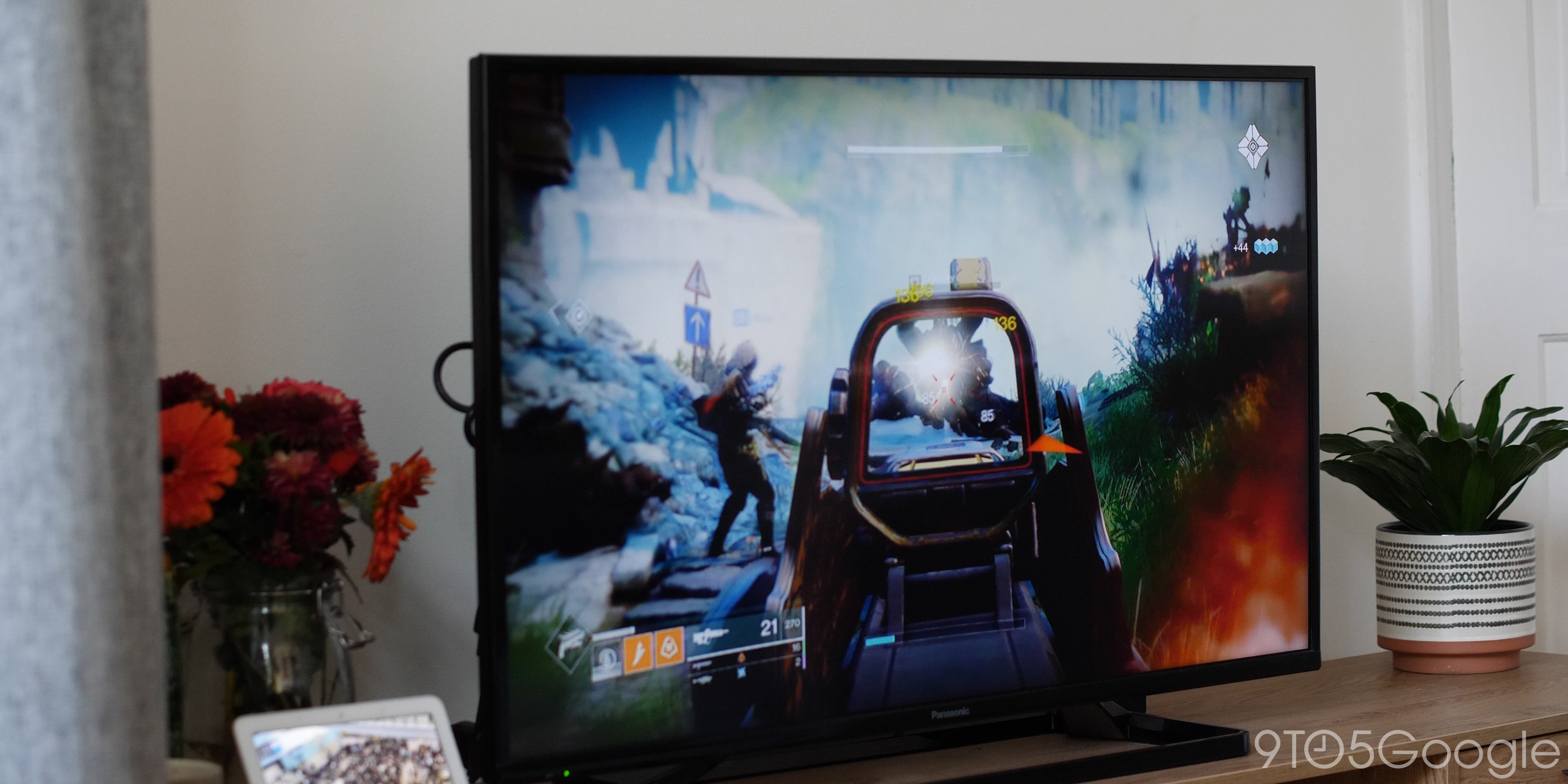 We’ve streamed TV shows and movies for a little while now. At the beginning that was derided in favor of DVDs and even Blu-Ray discs and essentially written off ahead of time. But despite the initial negative press, it’s become the way to enjoy almost all of your favorite content — and the thing is, gaming will follow suit. Google is banking on being the first platform to deliver on the undoubted potential of cloud gaming.

OnCloud and Shadow may have been around for a little longer than services like GeForce Now, xCloud and Playstation Now, but they have really failed to reach the userbase that Stadia will likely be able to gather in the coming years. Cloud gaming is scalable, unlike a home console or even gaming PC.

In our experience, Google Stadia runs almost flawlessly on faster connections. However, there are moments when the fun is ruined by lag — and this is still the biggest killer. Testing on the minimum connection speed caused so many problems that I simply wouldn’t recommend even trying. Using 110 Mbps tethered data connection to my laptop made games like Destiny 2 playable, but this was not the optimum experience that makes you want to play.

There have already been question marks over the actual quality of the games being streamed. Google’s own marketing pitch states that 4K 60 fps gaming should be the norm where it is supported. However, there are several rebuttals online that quite clearly show games running below the advertised resolutions.

When gaming, that tends to blend into the background. The graphics are above what I’ve seen on my own home consoles, and on mobile it’s still amazing to see actual triple-A titles running at all, even despite the gains mobile gaming has made over the past five years.

Should you buy Google Stadia? 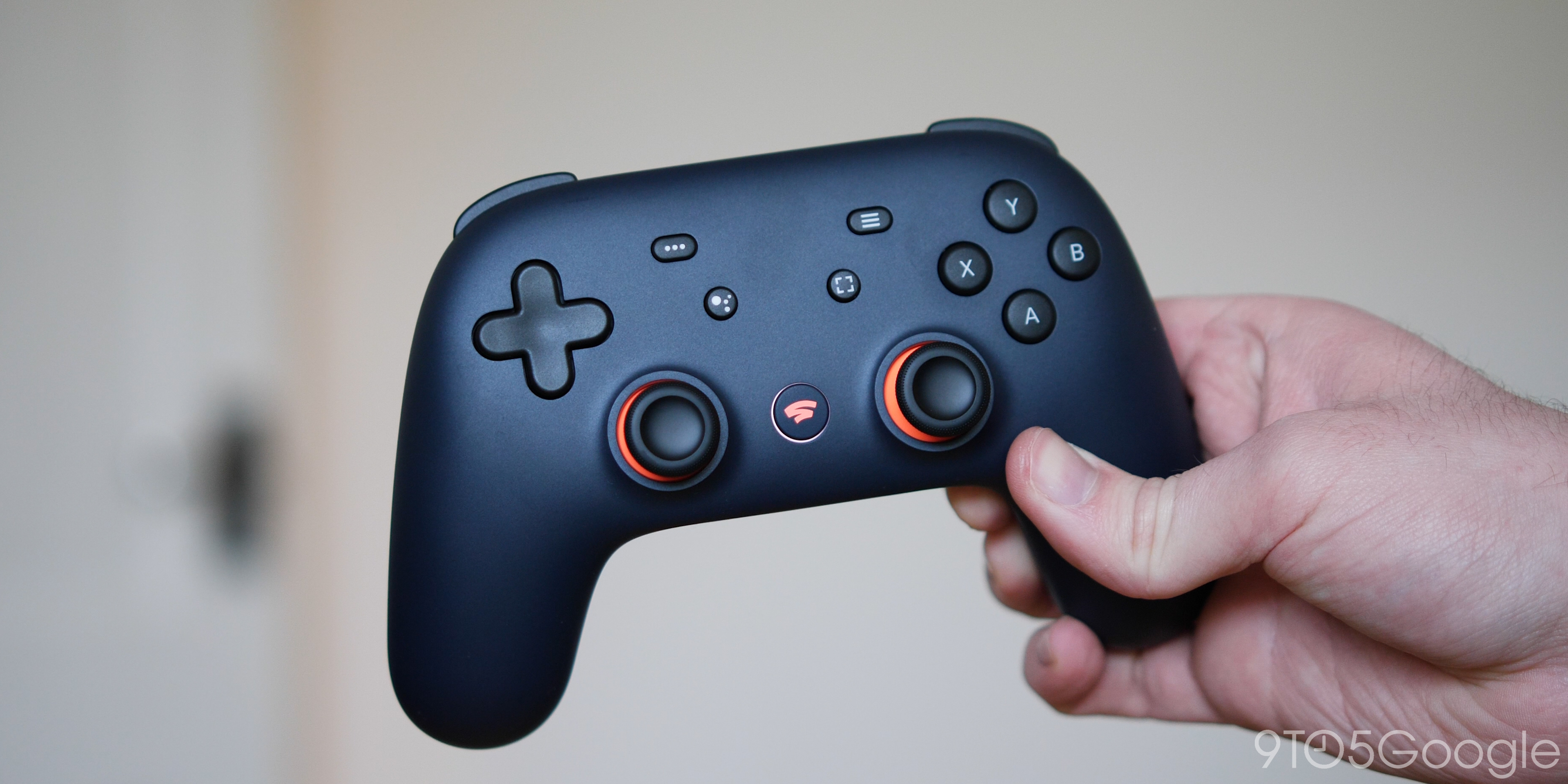 To put this simply: Google Stadia is still technically in early access despite what Google wants you to believe. It currently works, and at times flawlessly. The biggest stumbling block is global internet infrastructure and the severely lacking game library. Stadia is only viable if you have a “superfast” connection at the moment.

If you’re an ardent gamer, you’ve likely seen played or even own the vast majority of titles that are for sale on the Stadia store. Repacking 2013’s Tomb Raider as a “launch title” is disingenuous in my opinion, and it’s off-putting for those that might have been hyped to give Stadia a try.

Having a good internet connection is paramount if you want to enjoy Stadia, and even that isn’t a guarantee that it will be hiccup or issue-free. You simply can’t call something a fully fleshed-out product if the first wave of players is essentially bug testing your platform for you.

However, when Stadia works, it really is the likely future of gaming. Being able to just pick up a gamepad and start playing on your TV, or grabbing your phone and playing with the same gamepad — albeit plugged in — is simply awesome. It’s also far neater for a home entertainment system when you don’t need a large box under your TV to enjoy high-end gaming.

In our opinion, the biggest outright competition to Stadia is Microsoft’s xCloud. Unlike Stadia, it has launched as a “preview,” and it’s free at this stage. You’re far more willing to forgive issues when you don’t have to hand over cash to essentially test a service. Microsoft has also cultivated a rabid fanbase that has been built with some of the finest exclusive titles in gaming — Gears of War, Halo, Forza Motorsport, plus countless more.

The crux of this is if anyone can make a game streaming service work, it’s Google. Although this initial rollout isn’t exactly the smooth transition we had hoped for, it’s still an impressive achievement that will grow along with that game library. Now we just need that killer IP to really sell Stadia subscriptions.

Where can I get Google Stadia?

Stadia is currently only available from the Google Store. It is priced at $129 for the Premiere Edition.