Google served with lawsuit from Genius over continued lyric debacle

Over the summer, lyric-website Genius accused Google of ripping off its lyric transcriptions to use in Search. Now, Genius is taking Google to court over the matter, with the lawsuit first spotted by the Wall Street Journal.

Looking back at the story from June, Google was accused by Genius of using the site’s lyric transcriptions in its Search panels. Genius included proof of what was going on by using a “watermark” that used alternating apostrophes to identify when a competitor has taken their work.

Google quickly responded to the matter, saying that the company doesn’t “scrape” websites for lyrics, instead acquiring licenses for the content, and shifted the blame to a third party. The company then changed its policy and started attributing the lyrics in Google Search to the party to which the content is licensed.

It seems, though, that this isn’t enough for Genius. This week, Genius has filed a lawsuit against Google and LyricFind, the company Google licensed from, in a Brooklyn court with $50 million in minimum damages. Genius says that Google’s actions caused traffic to its site to fall and that its actions were anti-competitive. Google has not commented on the suit, but a representative from LyricFind called the case “frivolous and without merit.”

Genius says that it implemented a new method of “watermarking” its lyrics that used different types of spaces to identify its work. Genius says that it has found over 1,000 examples of lyrics with this new watermark, although some have recently been replaced. 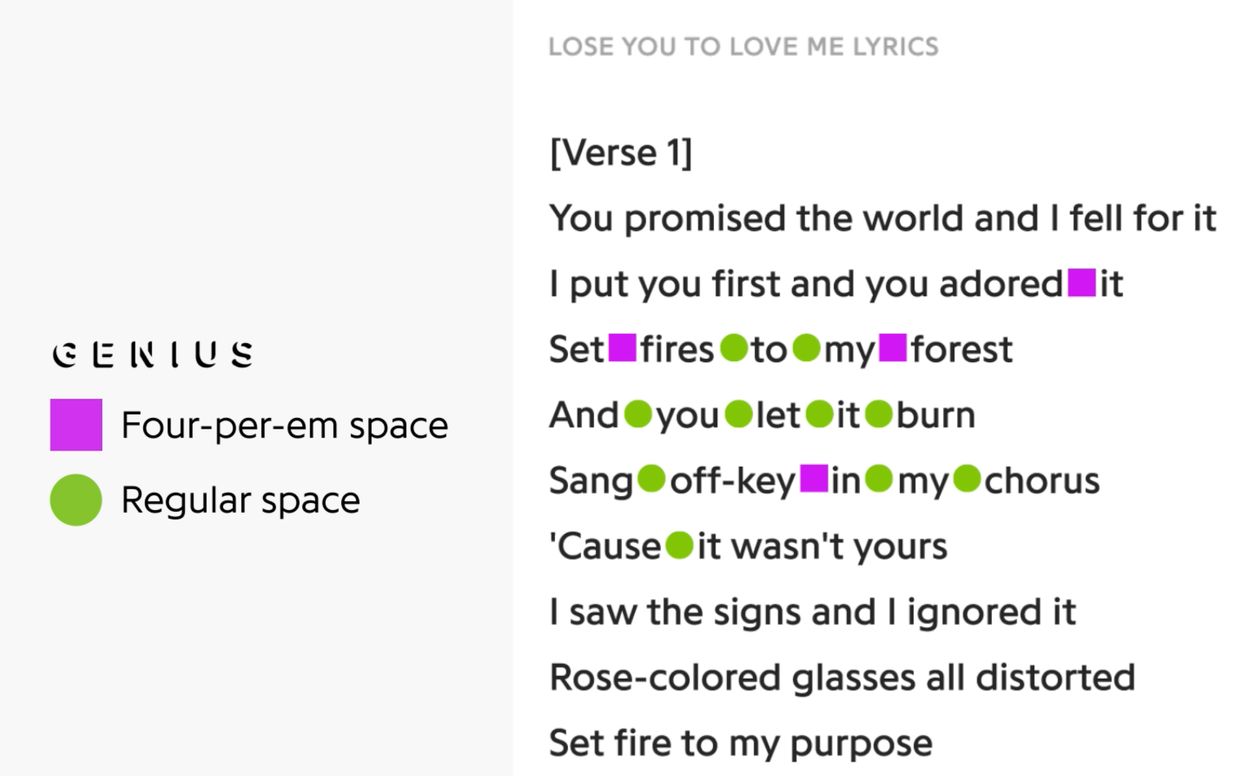 As an example of how Google’s lyric panels affect Genius’ traffic, the site explained what it saw with the Selena Gomez track “Lose You to Love Me.” When the lyrics were available in October, the site saw a 75% click-through rate with over 600,000 pageviews. Following Google’s listing of the lyrics on November 4, the click-through rate dropped to 5%. Google’s lyrics for the song also contained Genius’ watermark.

It’s unclear what the result of this lawsuit will be, as Genius doesn’t hold the copyright for the lyrics themselves, which may leave Google in the clear. WSJ quotes an executive from Musixmatch who called the complaints “ridiculous” and bluntly said, “This is how [the] internet works when it’s about text.”