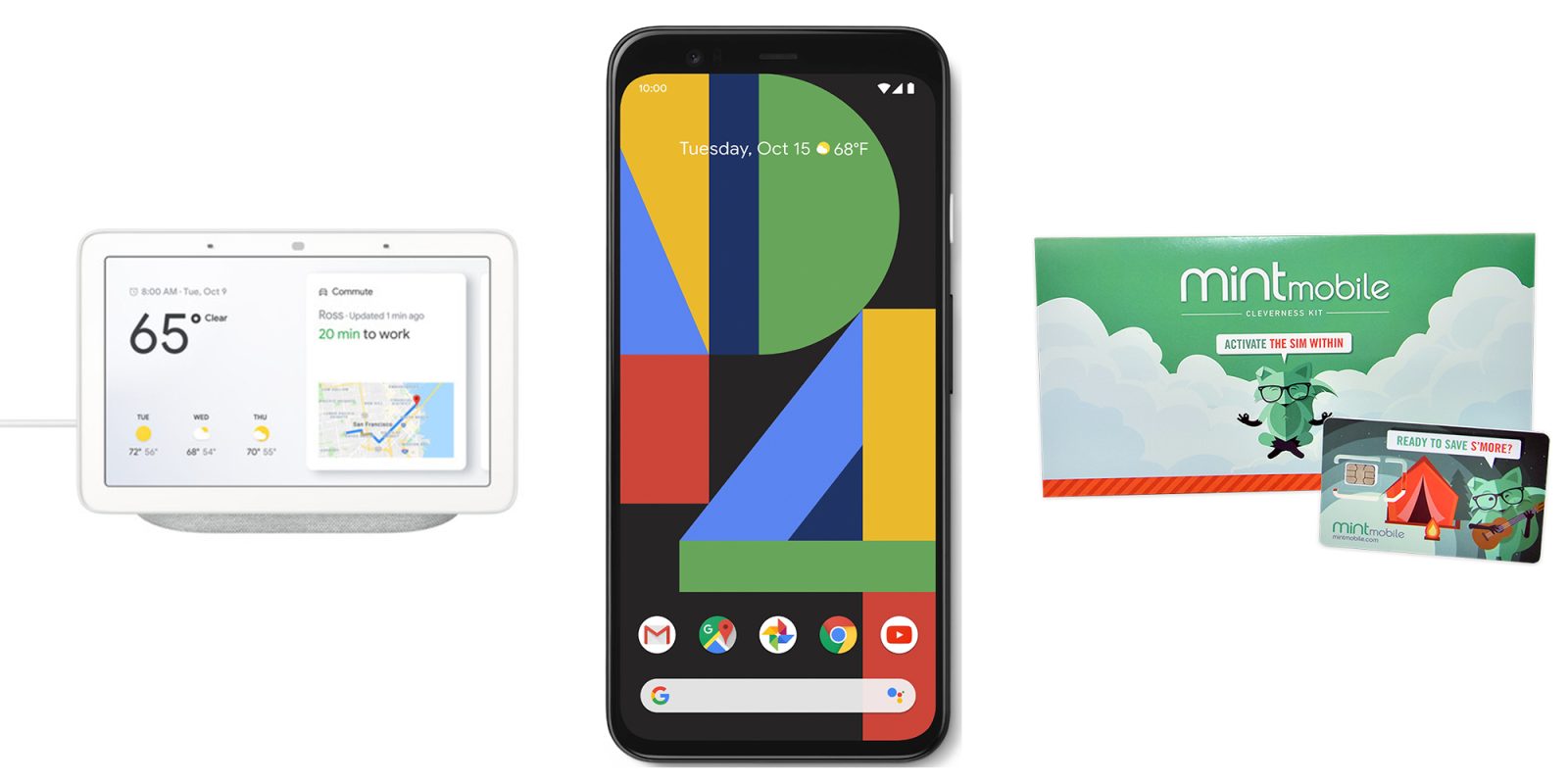 Google Pixel 4 is bundled with Nest Hub and more in today’s 9to5Toys Lunch Break. You can also save big on Pioneer’s Android Auto system, and a new low arrives on Oculus Go headsets. Head below for more.

B&H is taking $150 off various Pixel 4/XL models but sweetening the deal further with the inclusion of Google’s Nest Hub and three months of Mint Mobile service. Here’s how it works: pick up the smartphone from $695, matching our previous mentions this month and you’ll see the free Nest Hub added automatically at checkout ($79 value) alongside three months of 12GB Mint Mobile service as well ($45 value). This is the best effective value we’ve tracked to date.

Best Buy’s official eBay storefront is currently offering the Pioneer 6.8-inch CarPlay and Android Auto Receiver (2550NEX) for $300. Typically selling for $400, that’s good for a $70 discount, matches our previous mention, and brings the price down to the best we’ve seen. Featuring a 6.8-inch screen, Pioneer’s CarPlay and Android Auto receiver is a must-have upgrade to your ride. It makes it easier to keep an eye on navigation, directions, and even more while commuting.

Amazon currently offers the Oculus Go Standalone Virtual Reality Headset 32GB version for $130. Usually selling for $199, today’s offer is good for a 35% discount, beats our Black Friday mention by $19, and marks a new all-time low. Step up to the 64GB version for $199, down from $249.

Immerse yourself in a collection of games, movies, live sporting events, and other 3D experiences with the Oculus Go. This standalone virtual reality headset doesn’t require any additional hardware and features a 2560×1440 display with 538ppi. It’s a great option for getting started with virtual reality without much overhead, like a VR-ready PC or add-on sensors. There’s even a bundled controller.

Amazon is currently offering the unlocked Nokia 7.1 64GB Android Smartphone for $210. Normally fetching $280 these days, today’s offer matches our previous mention from the beginning of November for the Amazon all-time low. Nokia’s 7.1 Android handset features dual SIM card slots, a dual 12MP rear camera array, and more. Design-wise, it touts an aluminum frame and a glass back for a premium feel. There’s also 64GB of onboard storage, which can be expanded with a microSD card. In our hands-on review, we said that “Nokia has knocked it out of the park with its 7.1 smartphone.”

Lenovo via Rakuten is offering its S330 2.1GHz/4GB/64GB Chromebook for $199.99 shipped. That’s $57 off the going rate found at retailers like Amazon and is among the best pricing we’ve tracked. On top of that, Rakuten is currently offering 21% back in points (nearly $42) that can be redeemed on any purchase from the site without restrictions and typically don’t expire for six months. With support for Google Play right out of the box, not only can you run Chrome extensions, but also Android apps. This upgraded model features 64GB of storage with a microSD card slot that allows you to easily expand storage later on. With USB-C and common Type-A ports in tow, this Chromebook aims to make living in the present and future a breeze. We spent time using it and came away happy, read our review to learn more.

Behind the Screens: What’s in Jordan’s camera backpack? [Video]