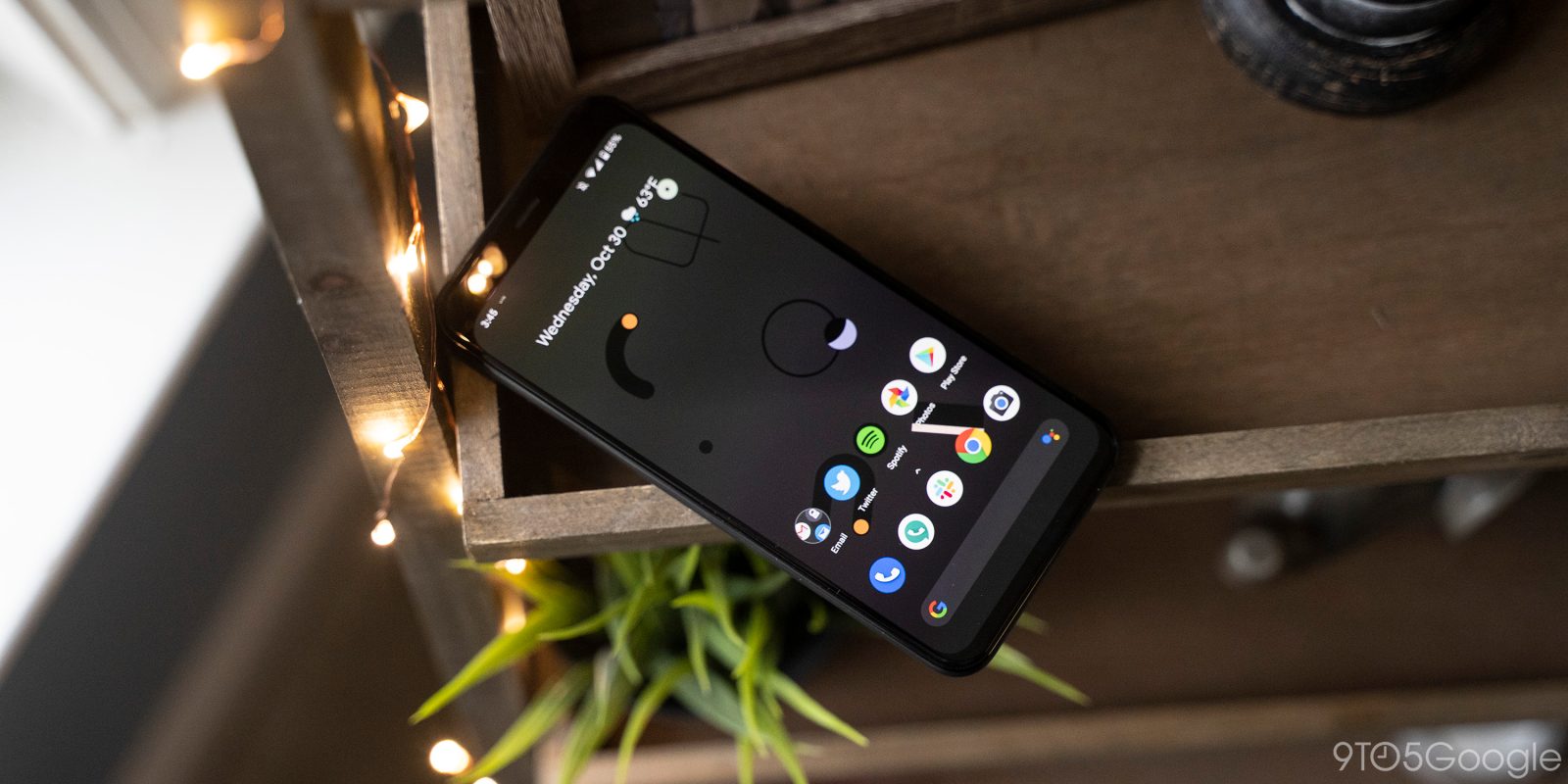 Face unlock on the Pixel 4 and Pixel 4 XL is powered by a suite of sensors working in tandem. This includes two infrared (IR) cameras that are normally not user accessible. However, a small app from the Play Store lets you play around and do just that.

Unlike the iPhone X, Google opted for two “face unlock IR cameras” on the Pixel 4. The first is located at the very left next to the front-facing camera, while the second is in the middle of the dot projector and flood illuminator at the right. Both groupings are seen in the teardown image from iFixit.

To access the IR camera feed, download “HedgeCam 2” from the Play Store. Based on Open Camera, this is an open source application that allows for “advanced” functionality and settings.

For our purposes, tap the button to switch to the front-facing camera, then click it a second time until you’re greeted with a monochrome viewfinder. Given that there are two lenses, HedgeCam looks to be pulling from the left sensor. That said, there’s an interesting shadow effect if you just cover up the right one.

This access makes for fun party tricks like taking a selfie or recording video in a dark environment (like the examples below), though your screen provides some illumination. Resolution is limited to 640 x 480 given export restrictions on IR cameras where higher-end units are treated as having both peaceful and military uses.

The quality isn’t too great as a result and makes it hard to really get any detail from the image you’re taking. Unfortunately, there is no way to trigger the flash of IR dots used for facial recognition while you’re in the camera app. If you happen to have two Pixel 4 devices, you could put them side-by-side to record as you unlock one.