Project Zero is widely regarded for finding major vulnerabilities, but criticized by industry peers for their relatively fast disclosure times. For 2020, the security team is trialing a new policy where a full 90 days will be given before disclosing issues.

Google is “happy with how well [its] disclosure policy has worked over the past five years,” noting that 97.7% of vulnerability reports are fixed within the current 90-day disclosure policy. For comparison, some issues in 2014 were taking six or more months to patch.

After reviewing the “complex and often controversial” topic disclosure policy, there will be a change in 2020. Prone companies will be given a “full 90 days by default, regardless of when the bug is fixed.” If there is agreement between a vendor and Project Zero, bug reports can be published earlier. 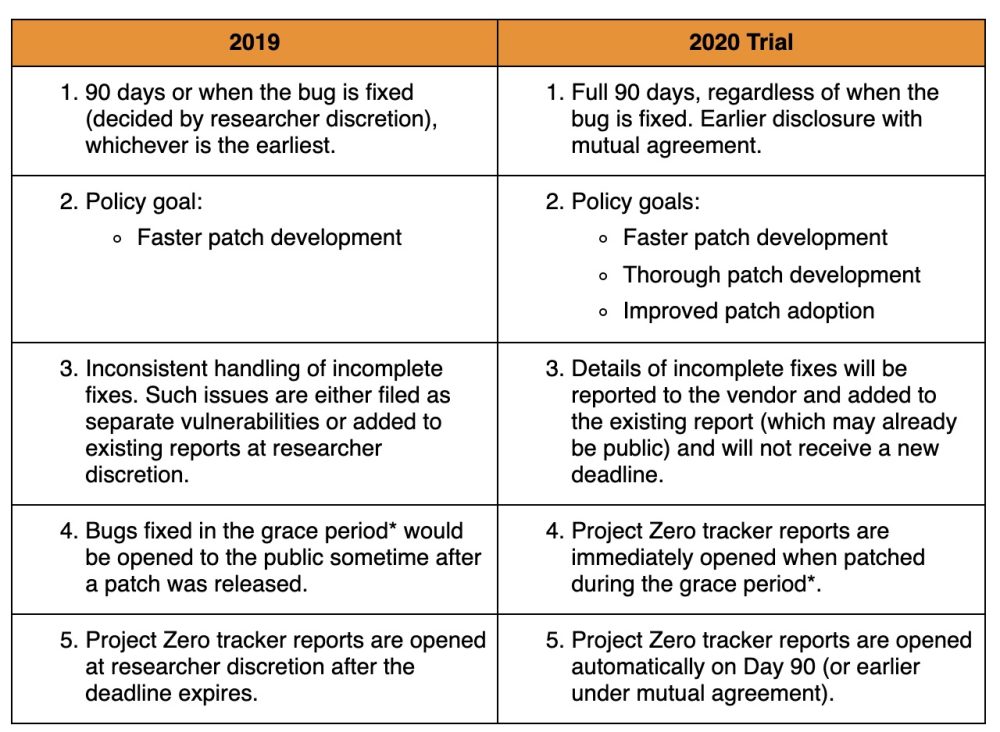 Instead of just striving for “faster patch development,” Project Zero now wants to encourage thorough patches and improved adoption within those 90 days.

This new policy will be trialed for 12 months before Google decides whether to “change it long-term.”