Hands on: Lenovo’s Smart Frame is begging to show off your Google Photos library 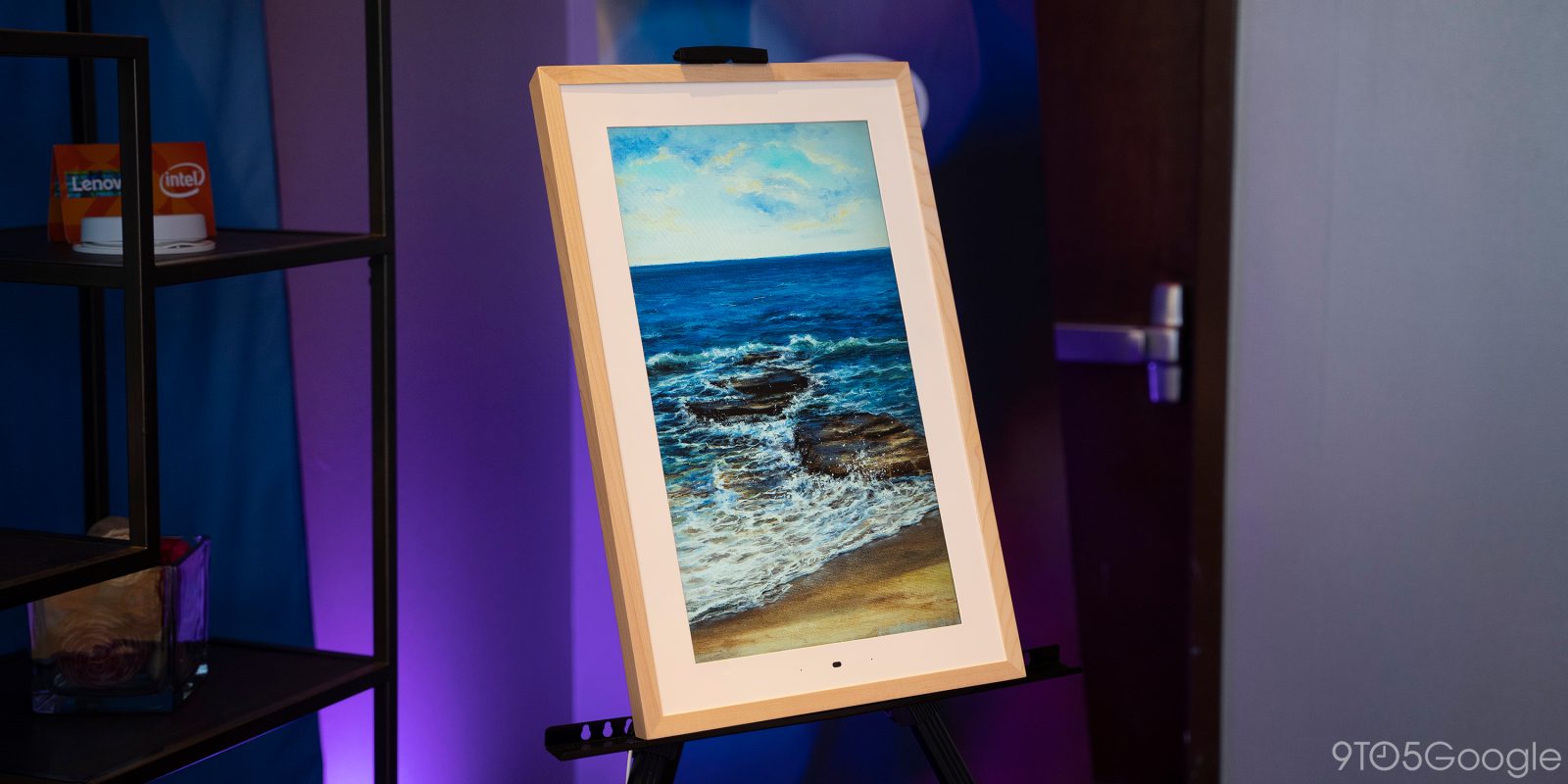 Photos are a part of our daily lives, and thanks to cloud services, we can access our shots almost anywhere. At CES 2020 this week, Lenovo is showing off its new Smart Frame, and in person, it’s a gorgeous product that made me wish it could show what’s in my Google Photos library.

So, what exactly is the Lenovo Smart Frame? It’s essentially a smart piece of art. Unlike a traditional smart photo frame that sits on a table or shelf, the Smart Frame is much larger to more or less match the size of a canvas print you’d put up on the wall.

To get to that size, Lenovo is using a 21-inch LCD display that has a matte coating to cut down on reflection and give the illusion of a printed photograph. Obviously, this will vary from photo to photo, but the end result looked very convincing when I first laid my eyes on it. It’s only strengthened when looking at art instead of a photo, too.

Lenovo also included a clever way to interact with these photos. Since there’s no Google Assistant integration or touchscreen like a smart display, the Smart Frame uses an IR sensor to let you use air gestures to swipe between photos. It’s a bit finicky if you ask me, but Lenovo still has until August to improve the feature. 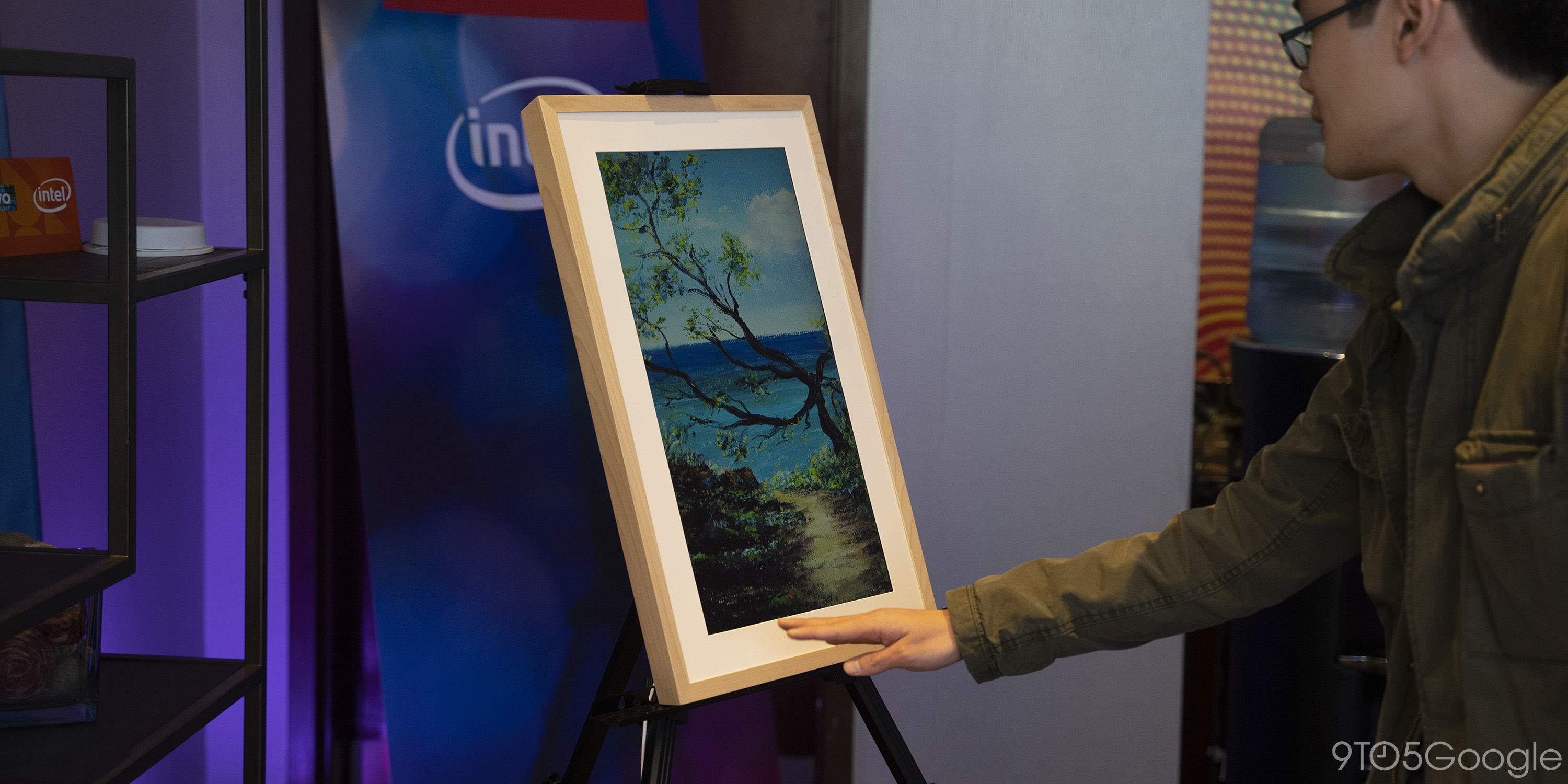 The Lenovo Smart Frame doesn’t have Google Assistant, so why does it have a microphone and a set of speakers? According to Lenovo, including this hardware on the device is “future-proofing” it in case they end up using it down the road, but nothing is planned just yet. When I asked Lenovo if there was any mute switch, they unfortunately responded with a no.

In terms of hardware, the Lenovo Smart Frame also has a couple of neat tricks up its sleeve. For one thing, there’s the mounting system it uses. The mount uses pogo pins to provide power, which means you can mount the Smart Frame in either portrait or landscape orientation. A really nice touch Lenovo also pointed out was a built-in level to help during the mounting process which, apparently, requires four traditional screws. 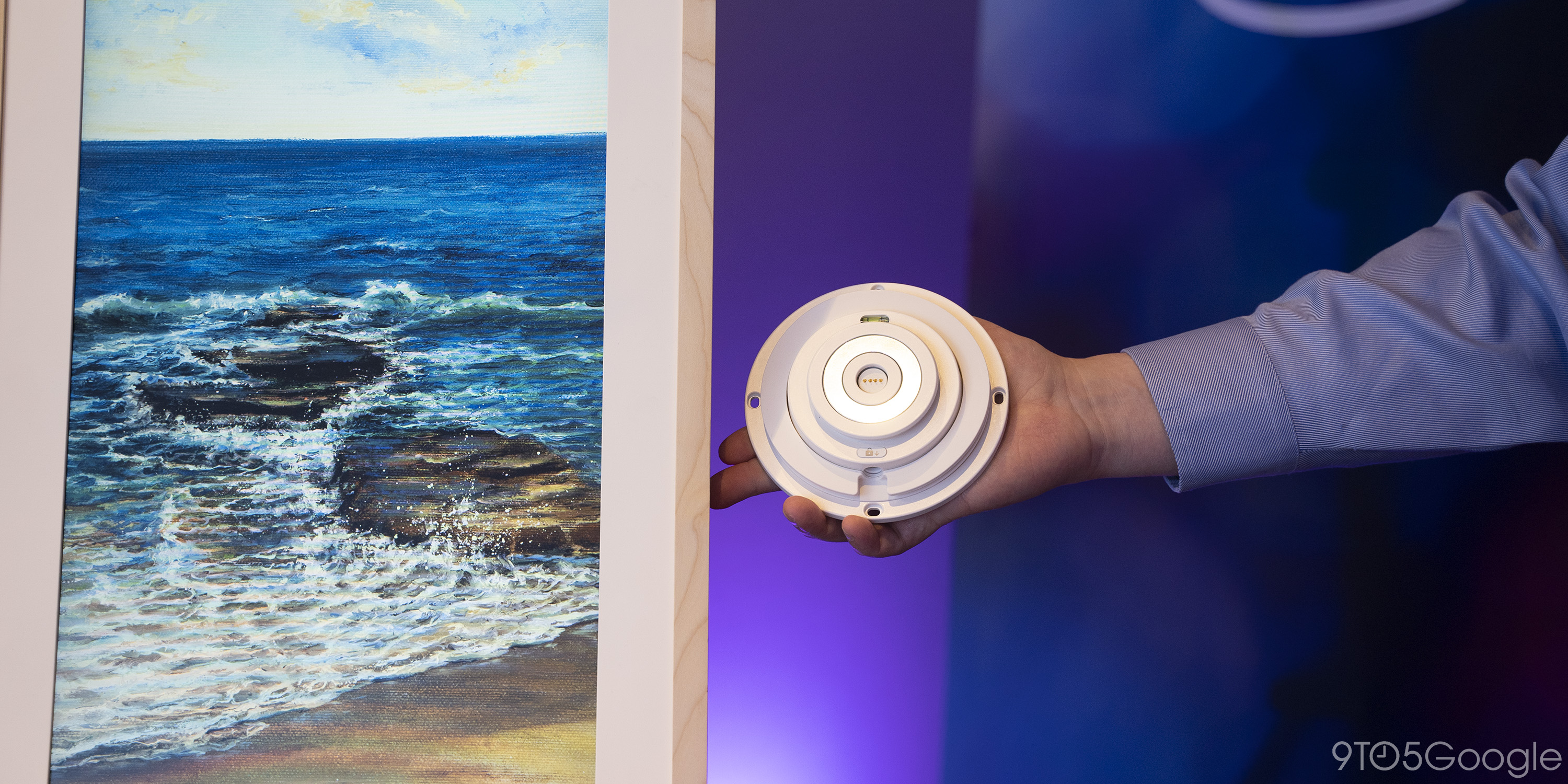 Finally, let’s talk about software. The entire point of the Smart Frame is to show off your art and photos on its display. Unfortunately, for now, all of that will rely on a smartphone app. The app, which I was able to take a quick peek at a very early version of, lets you run slideshows and set up albums of photos to show up on screen as long as they’re stored on your device.

However, the end goal for this product isn’t to rely on the photos stored on your device. Lenovo tells us that it’s “an expectation” that Google Photos will be supported as one of the cloud services for the Smart Frame, but others might on the table as well.

Let’s hope things work out between now and August when the Smart Frame is scheduled to go on sale for $399. 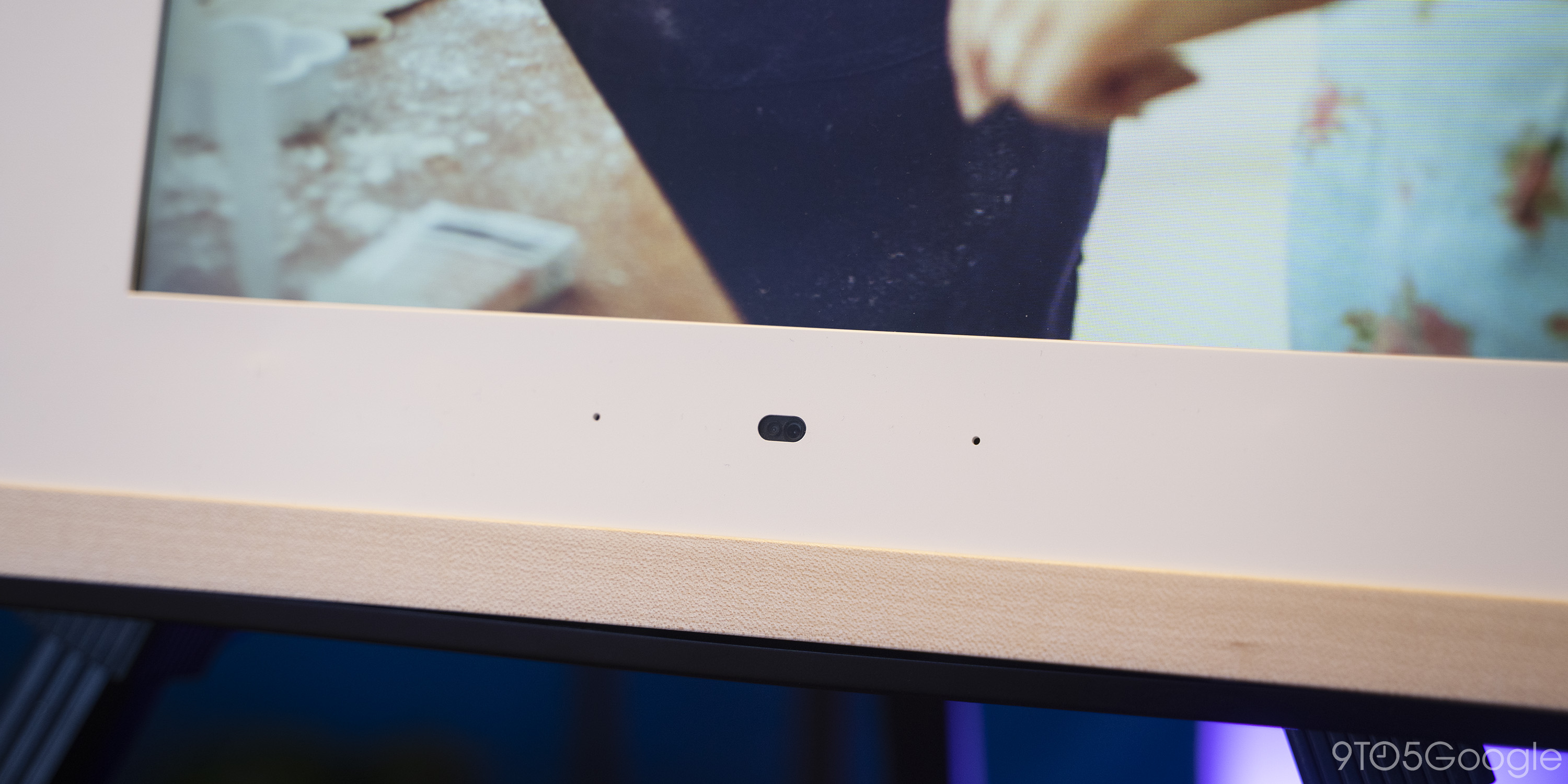