[Update: Fix rolling out] Gmail dark theme missing for some on Android 10 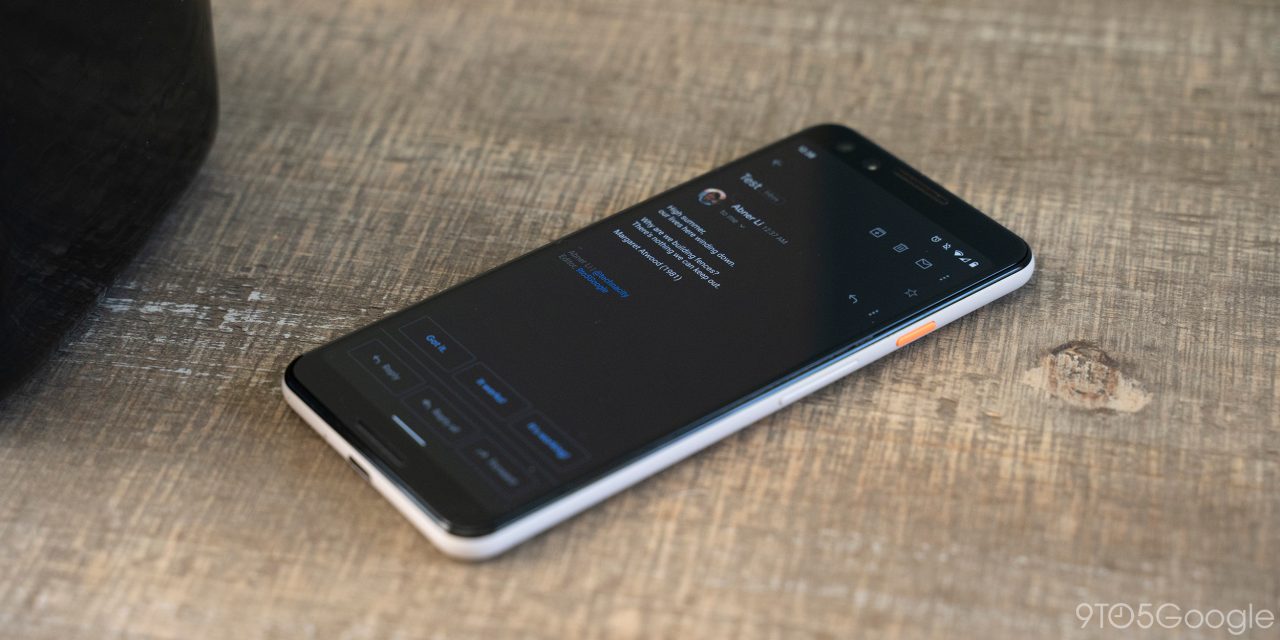 The highly anticipated Gmail dark mode widely rolled out to Android 10 in late October. Over the past day, several users have reported that the Gmail dark theme has gone missing from their devices.

Update 2/3: As of Monday, a server-side fix looks to be rolling out that restores Gmail’s dark mode. We’ve had several reports of the theme settings returning without any user interaction over the past few hours. There have also been instances where some lost the dark theme this morning only to have it return a short while later.

In the last 24 hours, there have been several reports that Gmail reverted back to the light theme without any user action. Besides the very obvious and bright visual change when opening the email client, the option is gone from preferences.

Visiting Settings (at the bottom of the navigation drawer) > General settings should show “Theme” as the very first item. For those affected, the ability to switch between Light, Dark, and System default is gone.

There’s a particularly high rate of reports from Pixel 2, 3, and 4 owners that do have the “Dark theme” enabled in Android system settings, with no other apps bugging out. That said, this does not appear to be a widespread issue and none of our devices are affected.

The Gmail account on Twitter is not offering any particularly useful responses beyond a generic support document about turning on the feature.

It’s unclear what caused the actually dark mode setting in Gmail to disappear. The last update to the Android client (version 2019.12.30) rolled out in mid-January. There has been no new Android 10 release, and some server-side change by Google is presumably responsible for Gmail’s dark theme being missing.

Update: One possible fix that sparingly works is to “Force stop” Gmail from the App info page. This is accessible by holding down on the app icon from your homescreen and tapping the “Info” button in the top-right corner. Another solution that might intermittently work is rebooting devices, while “Uninstall updates” for Gmail does not. 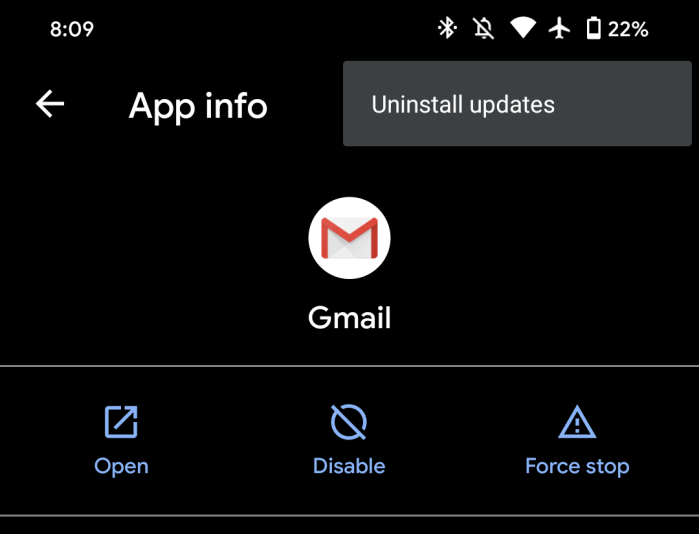