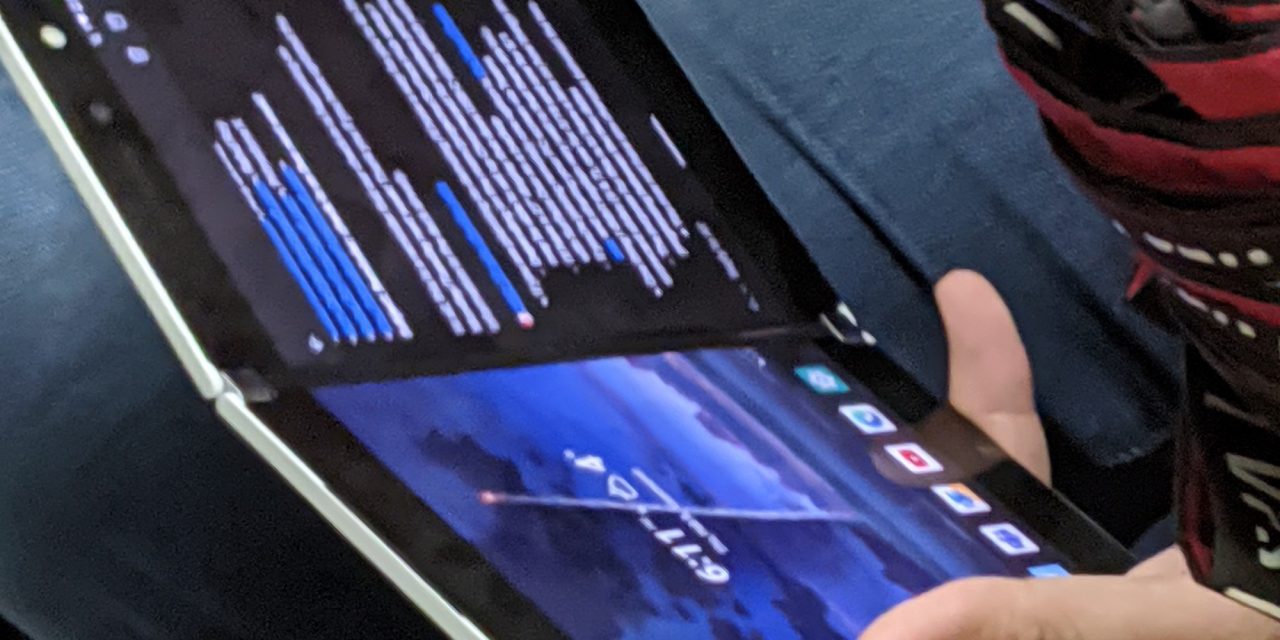 Last year, Microsoft shocked the tech community with the incredibly early unveiling of the Surface Duo, a dual-screen foldable Android phone. Four months after that original demo, the Surface Duo has resurfaced (no pun intended) with what looks to be a new flashlight for its front-facing camera.

Rather than going for what could now be considered the “traditional” foldable phone, employing a bendable screen, the Microsoft Surface Duo is closer to the LG V50 ThinQ with its dual-screen attachment. The phone uses two full displays separated by a hinge, which folds “hot-dog [bun] style,” as some would put it.

While Microsoft is unabashedly marketing the Surface Duo to those who wish to be more productive on their phones, one consequence is that the foldable will not feature a rear-facing camera. Instead, the front-facing camera is expected to perform double duty as the phone’s primary shooter when flipped around.

Last night, the folks at Windows Central were given a fresh look at the Surface Duo spotted on public transit in the hands of a fellow passenger. From this, we can guess that Microsoft has already begun letting some of its employees test-drive the Surface Duo to make sure it’s ready to release later this year — supposedly in time for “holiday 2020.” 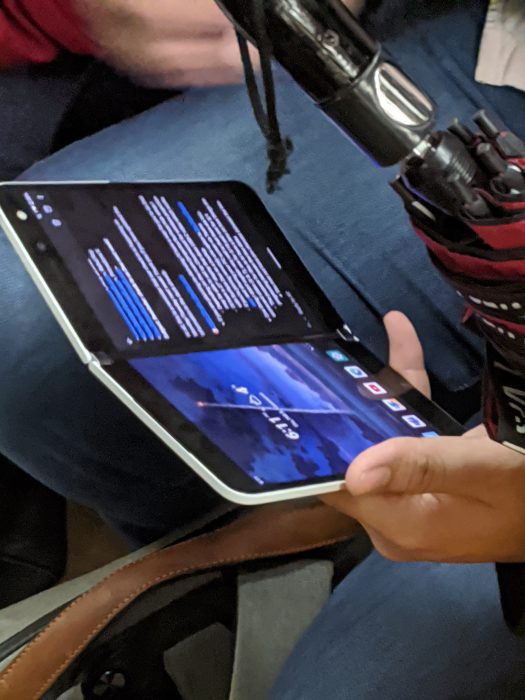 In the top-left of the new image, we see what appears to be a front-facing camera flash module, which most certainly was not seen on the Surface Duo models that Microsoft showed off in October. To an extent, this shows Microsoft’s commitment to getting the camera experience at least usable for when you don’t have any other picture-taking device handy. Simultaneously, this could make for some unexpectedly high-quality selfies from the upcoming foldable, similar to the Galaxy A80’s flippable rear camera.

I can only imagine how often people will temporarily blind themselves by accidentally turning on the front-facing flashlight from Android’s quick settings menu.