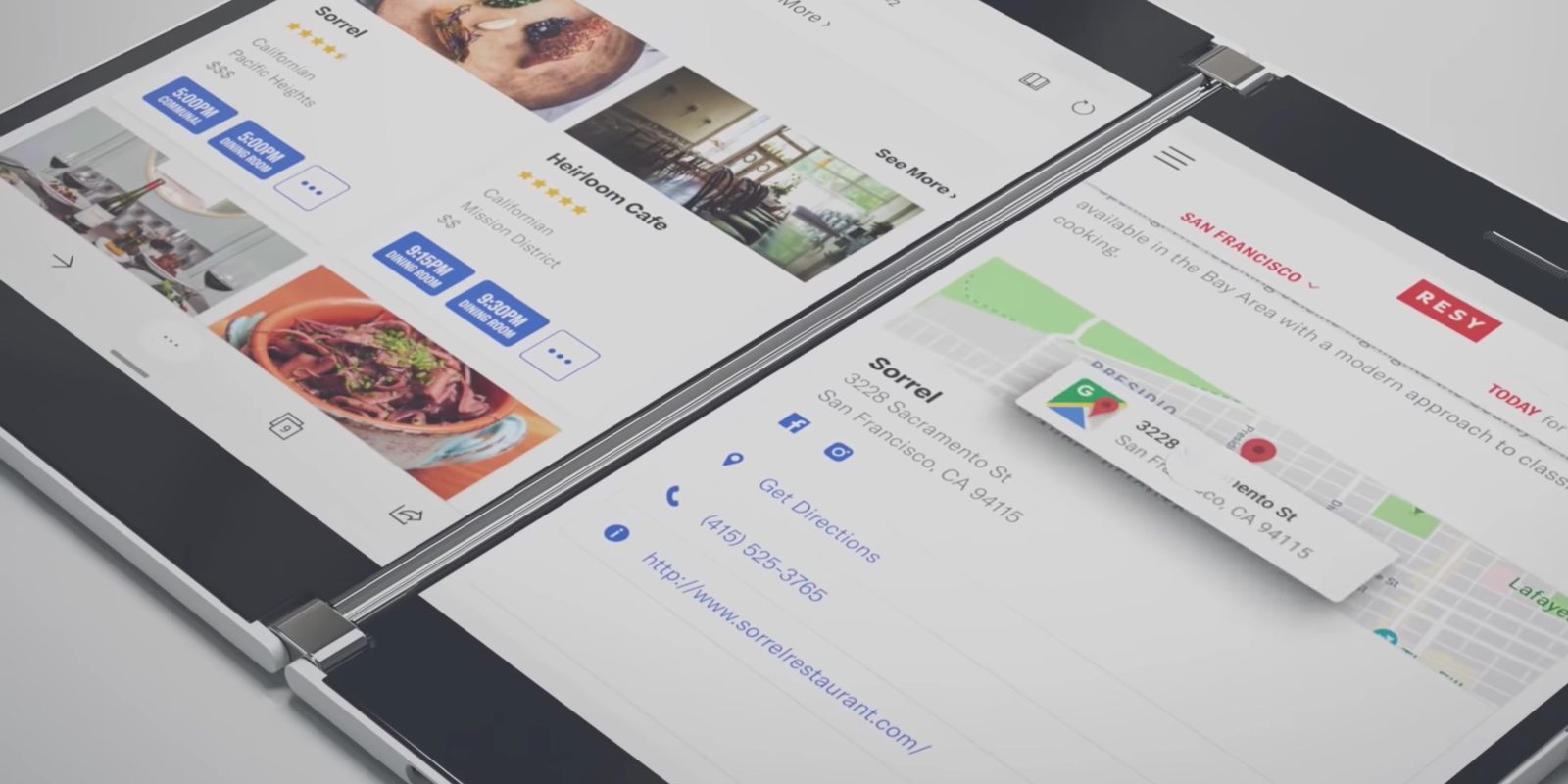 At its October hardware event last fall, Microsoft made quite a splash with the Android-powered Surface Duo. Slated to launch holiday 2020, the Windows team today released a preview SDK with an emulator and other documentation.

With this release, Microsoft wants to let Android developers “get started and optimize for dual-screen devices.” The preview SDK for Microsoft Surface Duo is available to download now and includes:

More functionality will be added over time. There’s also developer documentation, samples, and best practices for “embracing dual-screen experiences.” This includes a “basic checklist” for touch and pen interaction, as well as drag and drop, and a high-level overview of how apps will function:

Your app by default will occupy a single screen, but users can span the app to cover both screens when the device is in a double-portrait or double-landscape layout. You can programmatically enable full-screen mode for your app at any time, but spanning is limited to user activity for now.

In addition to the Surface Duo Android emulator, optimizing web experiences for dual-screen devices is another push for Microsoft. This includes proposals for new web standards that will help sites detect the new screen format. The company on February 11 is also hosting an online Microsoft 365 Developer Day focussed on these announcements.