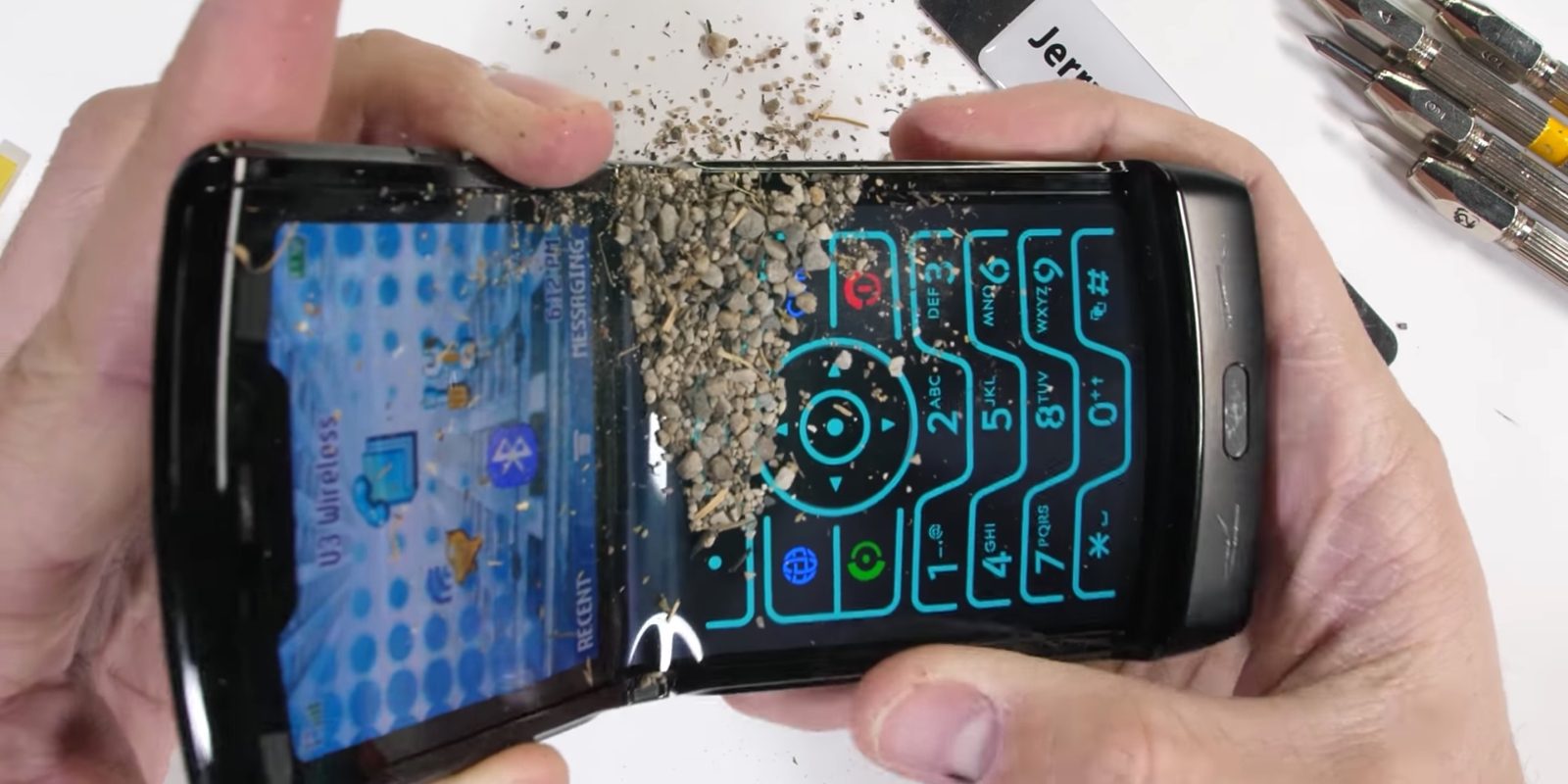 Durability concerns are rife for the first-generation of foldable phones, and the Razr is no exception as emphasized by one folding test in particular. JerryRig has hands-on with with the Motorola Razr and subjects it to his usual torture test to the expected outcome.

This JerryRig durability video starts with the clever box that features a rubber stand and doubles as a sound amplifier. Moving on, he notes how the OLED screen lifting above the hinge is “slightly unnerving” in person, while this particular unit has a gap despite the touted “zero-gap hinge.”

The most interesting test conducted looks at the “dust situation” by literally pouring gravel over an open Razr and letting it “shift around into every possible surface crack and crevice.” This is an extreme amount of pocket sand, but might be comparable to a lifetime of usage.

After taking compressed air, we see one notable piece getting wedged in on the side, but the screen survives. However, the hinge — audibly and physically — does not close as smoothly as when it was first unboxed. One speck of dust/rock rather easily made its way under the screen and resulted in a bulge. For its part, Motorola does say that “bumps and lumps are normal,” but this video does a good job of emphasizing how the ensuing reflection will make it obvious — if touch doesn’t.

The standard JerryRig tests show the plastic screen scratching quite easily, even with your nails. It’s interesting how the bottom bulge, where the fingerprint sensor lies, is made of plastic rather than metal. Of course, it ends with the Razr being bended as if the phone was accidentally placed on a couch screen-down and somebody sits on top.

A “considerable amount of force” is required, but it results with two rows of pixels featuring white streaks and the screen becoming unresponsive to touch input. A second round of pressure physically upends and slides the screen from the bottom edge. The Motorola Razr results are not surprising, but torture tests are more important than ever for foldables.