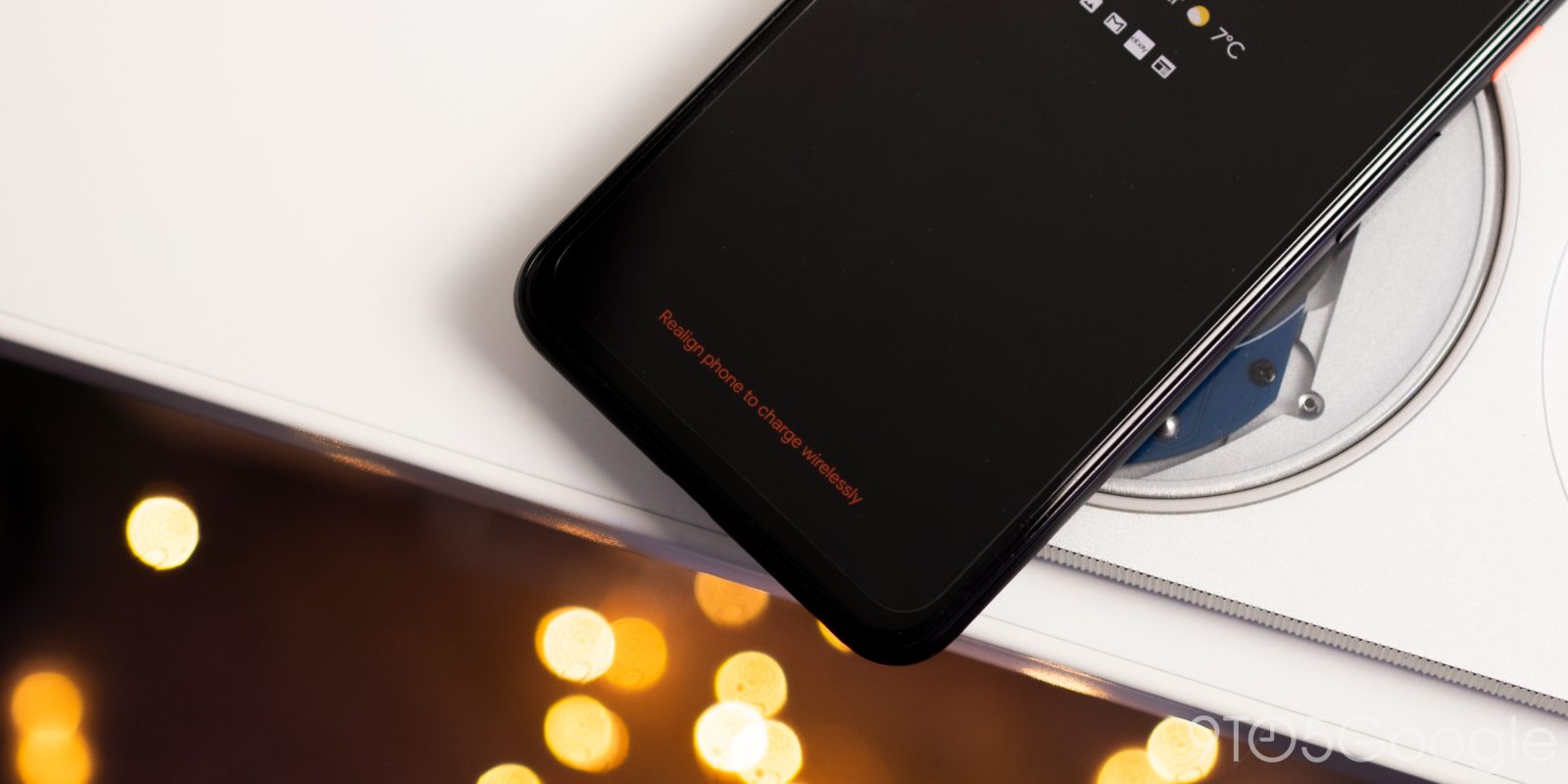 Android 11 has a bunch of tweaks to the operating system we’ve come to love, some major and some minor. Now, a little while after the first developer preview landed, we’ve spotted a new feature that tells Android 11 users when their phone is misaligned for wireless charging.

We were first tipped off by a Reddit post regarding this new Android 11 feature. Apparently, when your Android device — in this case a Pixel 4 — isn’t properly aligned on a wireless charger, Android will display a warning on the lockscreen tell users to realign their device.

In our testing, we were able to replicate this, but only on a Pixel 4 XL. Our Damien Wilde was able to capture the image above displaying the message by turning his device on an angle while it was wirelessly charging, but I couldn’t get my Pixel 3 XL to do the same thing on Android 11.

How does this warning work? Honestly, we’re not 100% sure. Most likely, Google is observing the charging rate of the device and when it’s only receiving minimal power from a wireless source, it assumes the phone isn’t properly aligned. With the Qi standard, it is possible for a device to receive power even if it’s not fully aligned on the pad. For most people, I assume this message would appear if their phone slides off of the proper positioning or gets bumped.