After natural disasters, Google often sets up an SOS alert for search terms of interest in the affected areas. After a devastating series of tornadoes went through Nashville, Tennessee, last night, Google has set up an SOS alert.

Live now on Google Search, the SOS appears directly at the top of the page with news stories and a map of the affected area appearing below. Further down the page, there’s information from Twitter, an option to donate, and a quick link to official information and updates from local and government sources.

Below all of that, Google also shows typical search results for the remainder of the page. It’s important to note that the UI here may vary slightly from user to user.

As the Associated Press reports, tornadoes swept through the Nashville area, affecting even the downtown areas of the city. Since the twisters rolled through in the middle of the night, many residents were unable to get to shelters in time. So far, at least 22 people have been confirmed dead, with many more in hospitals. 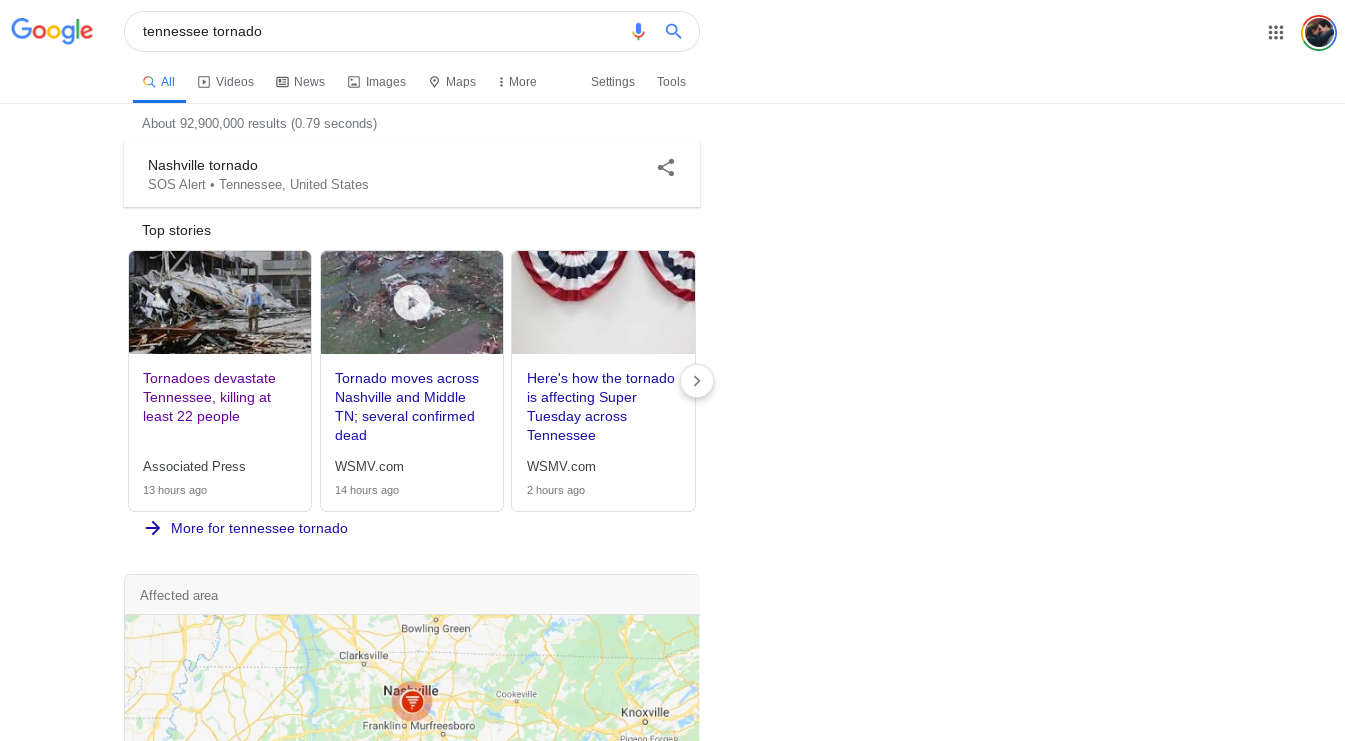 Our thoughts are with the communities in Tennessee being impacted by catastrophic tornadoes. We issued a grant and were joined by Googlers donating to support relief efforts. @Google launched an SOS Alert to provide emergency information. Learn more: https://t.co/fAkmsKIz66