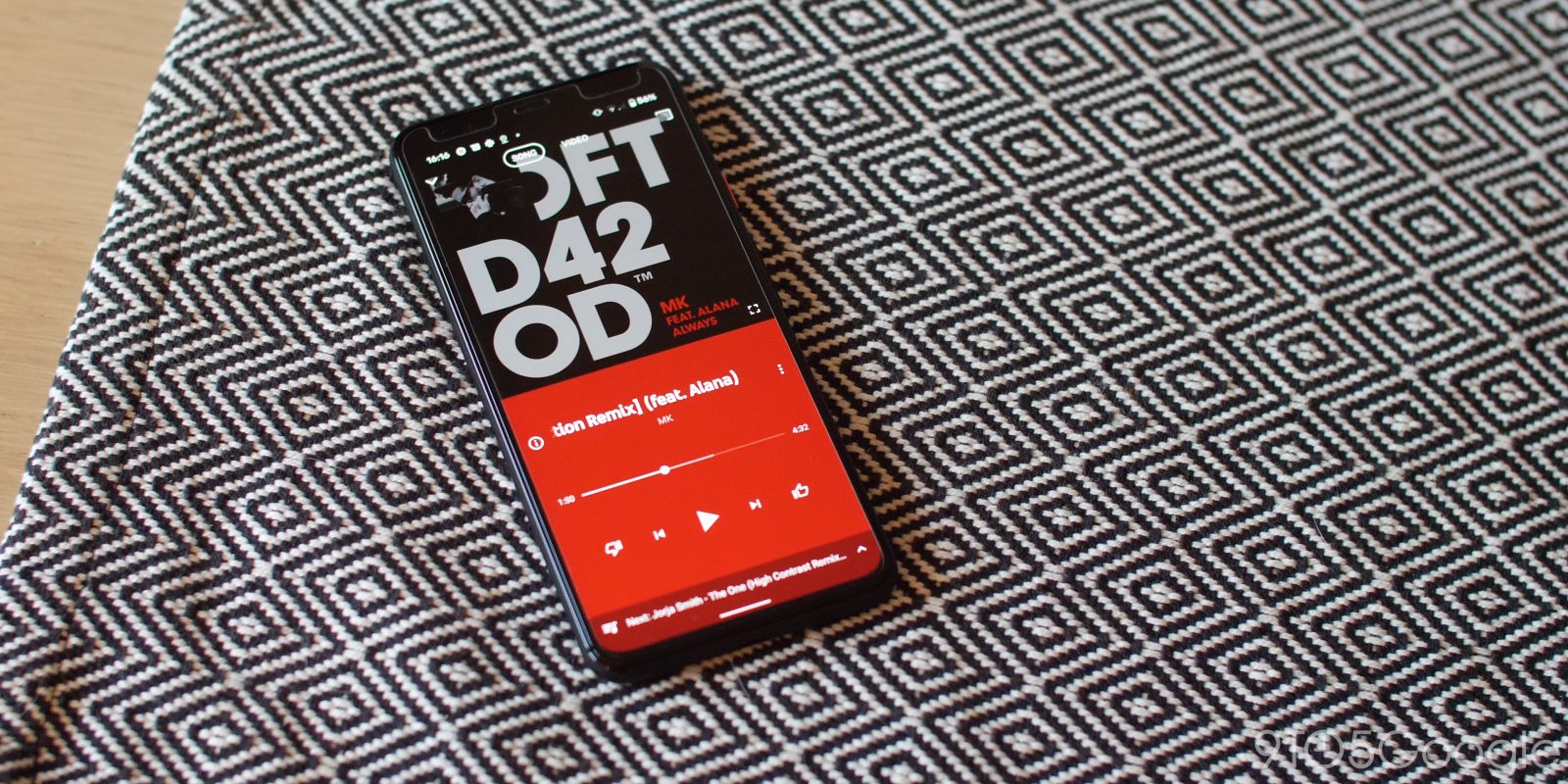 Earlier this week, Google during its quarterly earnings call revealed that YouTube Premium and Music has 20 million paying subscribers. YouTube Music is now beginning to roll out built-in lyrics on Android.

Original 2/5: Lyrics are accessible from the now playing screen by tapping the info icon to the left of the song name. This slides up a panel that notes the view and like count, as well as shortcuts to the full artist and album page.

There is now a “Lyrics” section underneath with text displayed in white against the themed background that’s based on album cover art. Scrolling to the very bottom reveals where Google sourced the lyrics from.

Some music videos feature lyrics, with Google noting when they are not available. This is a straightforward feature for YouTube Music to add, but it does cutdown on users having to make a seperate Google Search.

Lyrics in YouTube Music are not widely rolled out with only two reports today on the latest version (3.51) of the Android client. A server-side update, it did not appear on several devices we checked this afternoon. Given the usual feature parity, it should also be available on iOS, and hopefully the web in the future.

Update 3/4: As part of the player revamp yesterday, Google officially detailed lyrics for YouTube Music. Despite being an “experiment” — and still in development, the feature is widely rolling out today independent of the broader redesign. It’s located by tapping the old Info icon, with the “Lyrics” section appearing regardless of whether lyrics are available for a song.

Update 3/24: According to YouTube, static lyrics are now fully rolled out on Android and iOS. Plans for the website weren’t mentioned today, while the redesigned Now Playing screen is not yet available or required to see lyrics. The feature is available for both free and paid YouTube Music users.