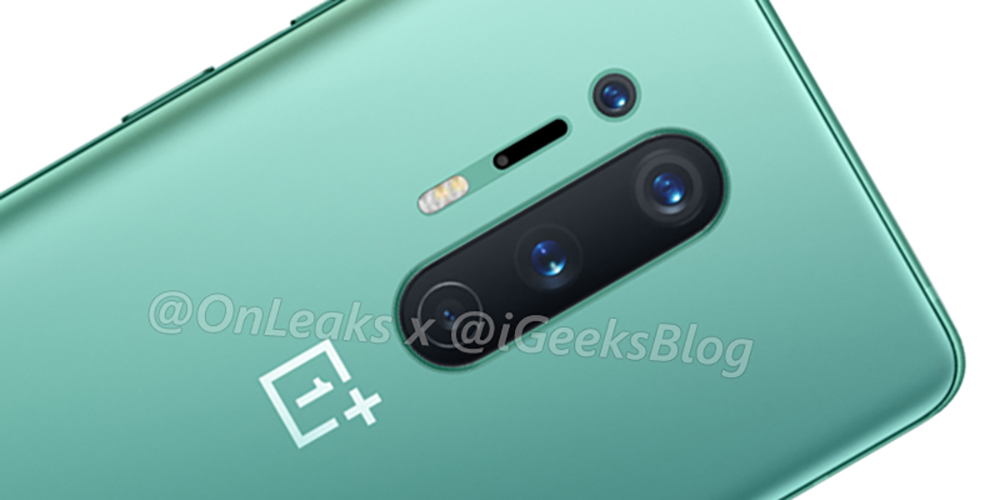 The OnePlus 8 series is probably just a few short weeks from its debut, and now we’re starting to learn more about it. Today, the first official-looking press render of the OnePlus 8 Pro has leaked, showing off a striking green color and more.

We’ve know what the OnePlus 8 Pro would look like, thanks to previous CAD-based renders and even a leak in the hands of Robert Downey Jr. However, an official press render obtained by @OnLeaks and iGeeksBlog shows off the device in more detail than we’ve ever seen.

In this image, we get a look at the OnePlus 8 Pro in a green — closer to aquamarine — colorway. The striking color is probably the “green” mentioned in a huge leak earlier this morning. We can also gather from this leak that, more than likely, this device will have the same matte glass texture we saw on OnePlus 7 Pro and OnePlus 7T.

Notable here too is the punch-hole display. At this point, it’s certain that the OnePlus 8 Pro will be ditching the motorized selfie camera after just a single generation. Luckily, though, the punch-hole is very small in size.

Looking around the side of the device, the overall design looks similar to the OnePlus 7 Pro, but with a more pronounced camera bump. The same buttons, alert slider, USB-C port, speaker grill, and microphones remain the same, too. Also, there’s still no headphone jack, not that anyone was expecting it to return. 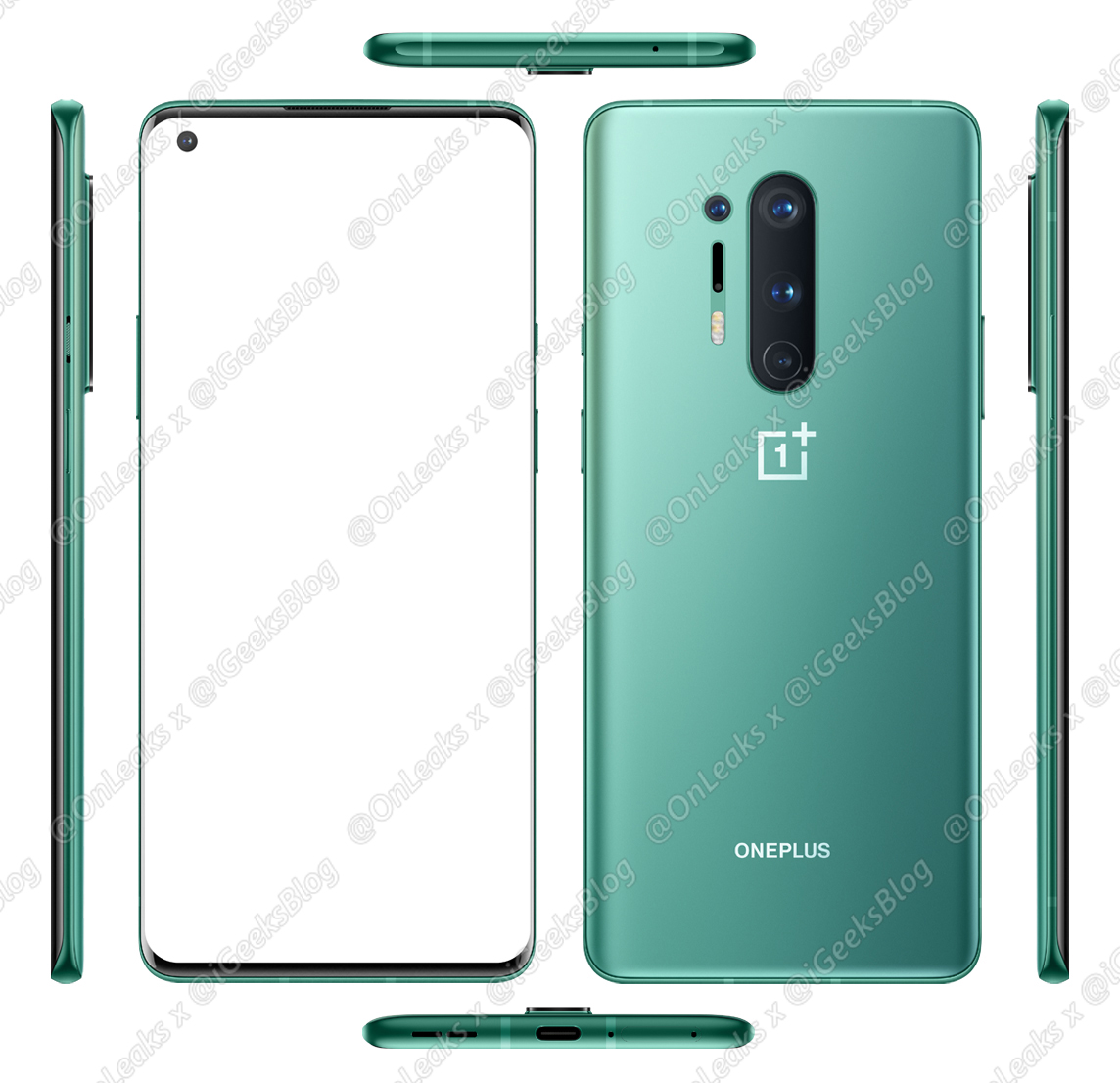 The OnePlus 8 Pro certainly looks like it will have a lot to offer with wireless charging, 5G, IP68 water resistance, and so much more. The device is currently expected to debut alongside a smaller OnePlus 8 and possibly a budget model on April 15.