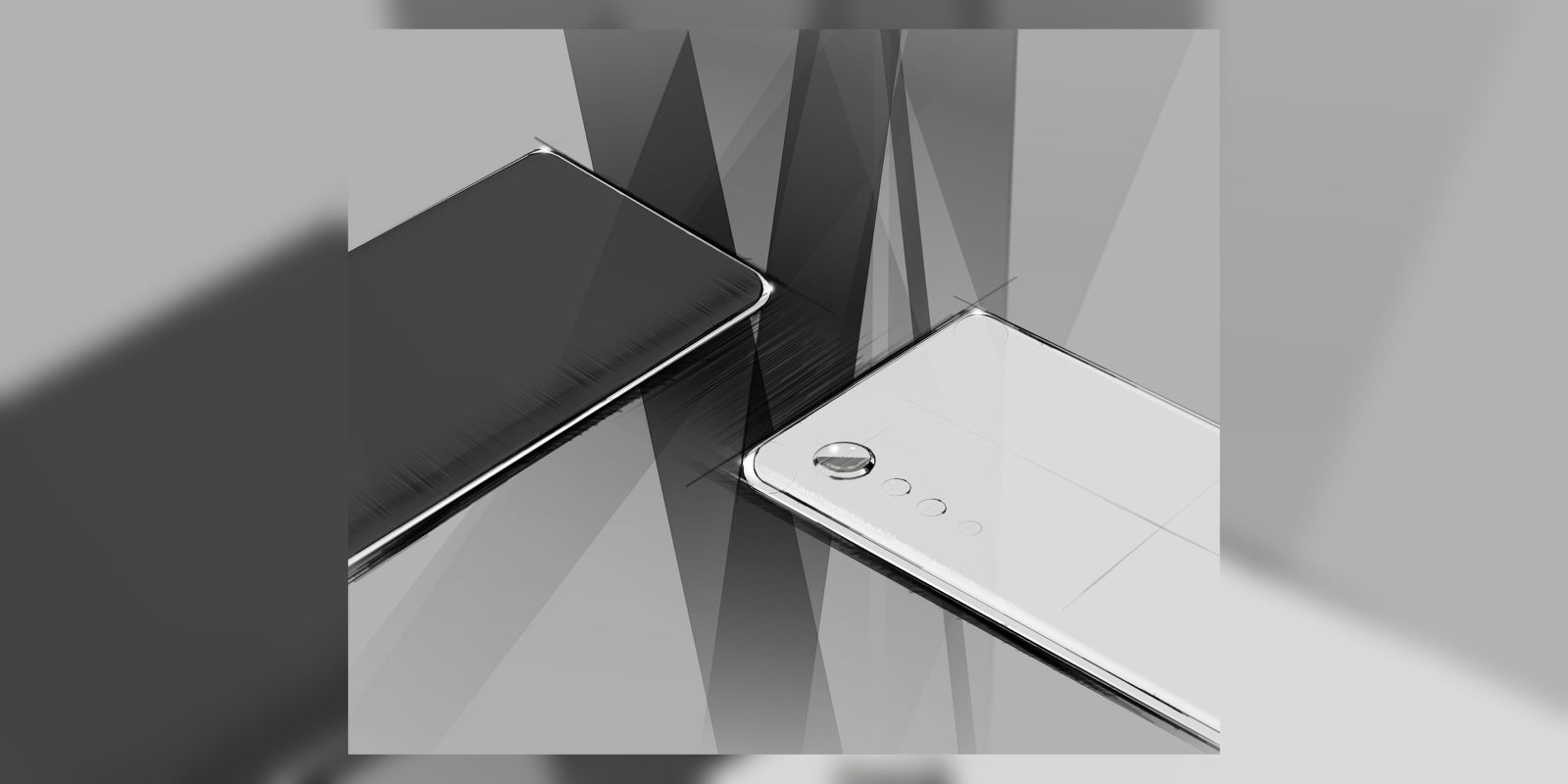 In sketches released through its newsroom this week, LG has officially given a quick look at its “minimalistic design language” for its “new smartphone.” LG explains that this new design feels more “natural” to hold compared to previous LG designs. This is partially thanks to a “3D Arc Design” which curves the display glass and the rear glass symmetrically.

Perhaps the biggest standout here, though, is the camera. LG is using what it calls a “raindrop” design for the camera array on the rear of the new smartphone. This array stands out from the crowd as, currently, most smartphones tend to have large modules for the camera which, in many cases, also extends considerably outside of the phone.

Contrary to the trend of the squarish camera bump seen on many of today’s high-end smartphones, the upper-left corner of the LG phone’s backside hosts three rear cameras and an LED flash in descending order by size, meant to evoke images of falling raindrops. The main camera sits slightly above the surface while the other two lens lie seamlessly under the smooth glass. This tactilely pleasing design layout offers the added benefit of taking up less space on the rear of the phone for a cleaner, sleeker overall look.

We still don’t know what this new smartphone is, but LG is reportedly announcing it on May 15th.