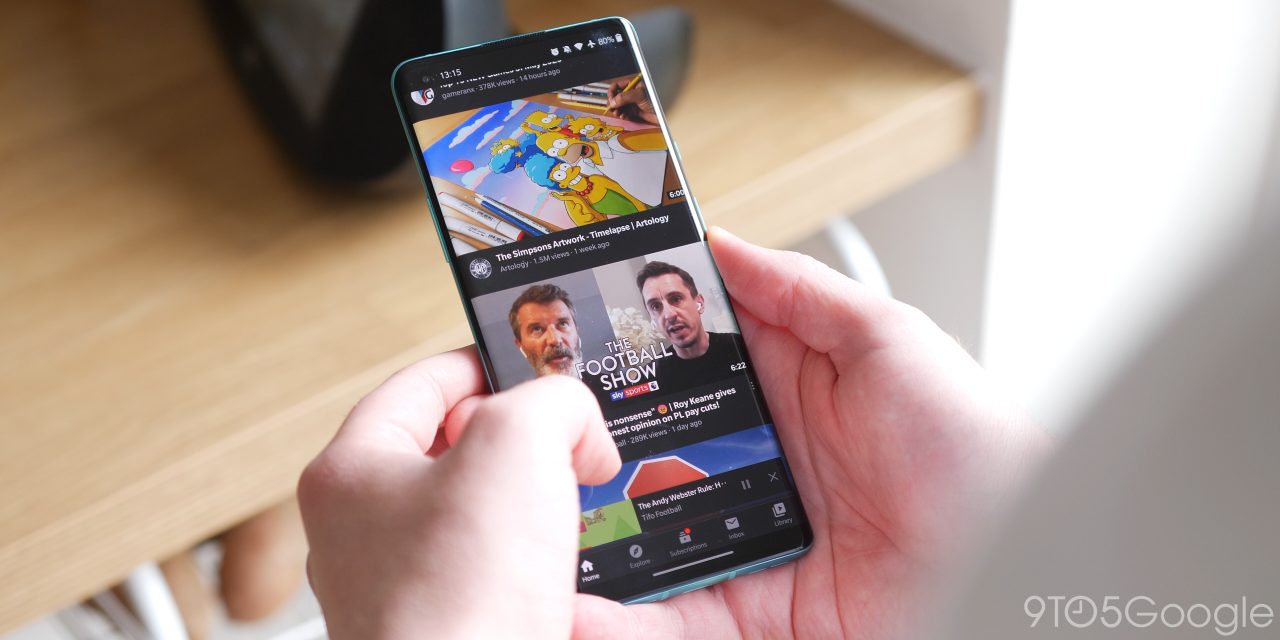 Many changes to YouTube are focused on getting you to watch and engage with more content. YouTube for Android and iOS now has a new video page that elevates, but shrinks comments and introduces large video thumbnails.

Instead of comments requiring you to scroll to the very bottom, feedback is now underneath the channel bar with subscribe button/notification options. This section features a count and the top comment, with a tap anywhere showing the full list.

According to YouTube, its early experiments found that “more people are writing comments with the new design.” It is easier to access and there’s a benefit to only showing the best one.

The next change sees Google switch to nearly full-width thumbnails for the “Up next” feed. Video details appear below, instead of to the right, and includes a channel’s avatar icon. This is somewhat of a controversial change for people that prefer a more dense list. For example, you can only see two videos per scroll on a Pixel 4. It’s similar to a design that YouTube is testing for mobile search.

Lastly, Up next will surface more types of content. This includes updates, polls, images, and GIFs from creators, as well as YouTube Mixes. One common item appearing is a carousel of “Stories and short videos.”

YouTube’s new video page was announced two weeks ago, with most people already aware of the collapsed comments. As of this evening, the larger thumbnails are widely rolled out on Android and iOS.