Later this year, Google’s standards-based ad blocker will expand to counter annoying video experiences. Chrome is now working to limit and remove ads that consume too much of your device’s battery and data connection.

Google recently discovered that a “fraction of a percent of ads consume a disproportionate share of device resources.” End users might notice the battery hit and see higher data usage, but not be aware of the cause:

These ads (such as those that mine cryptocurrency, are poorly programmed, or are unoptimized for network usage) can drain battery life, saturate already strained networks, and cost money.

In response, Chrome is placing limits on what display ads can do before users explicitly interact with them. These “heavy ad” thresholds were developed following extensive measurements:

We targeted the most egregious ads, those that use more CPU or network bandwidth than 99.9% of all detected ads for that resource.

While only 0.3% of ads exceed this threshold today, they account for 26% of network data used by ads and 28% of all ad CPU usage. 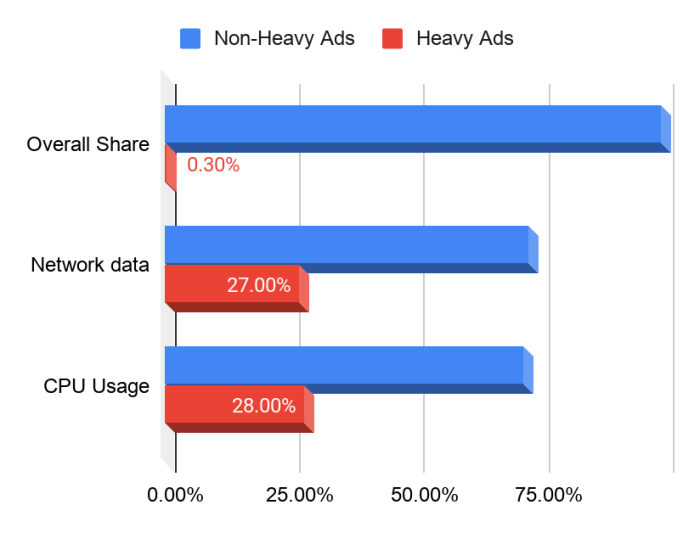 If the non-interaction criteria and one of the three conditions have been met, Chrome will “unload” the offending advertisement and it will be replaced by a gray box that says “Ad removed.” Available on Mac, Windows, Linux, Chrome OS, and Android, Google is still experimenting with the threshold, with work dating back to October.

Chrome’s heavy ad limits and blocking will launch in the stable channel at the end of August. Ad creators and tool providers will be given time to “incorporate these thresholds into their workflows,” with Google making available ad unload reports. Until then, it can be manually enabled with the following flag: 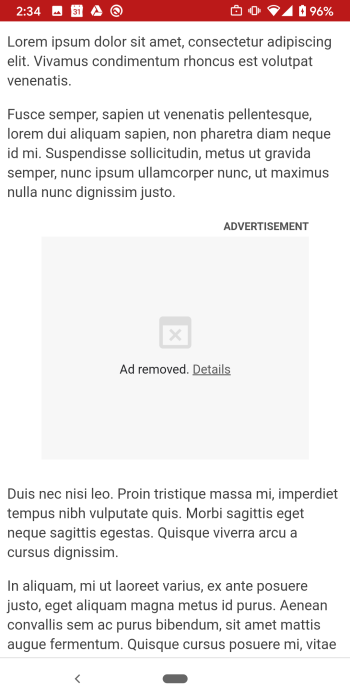