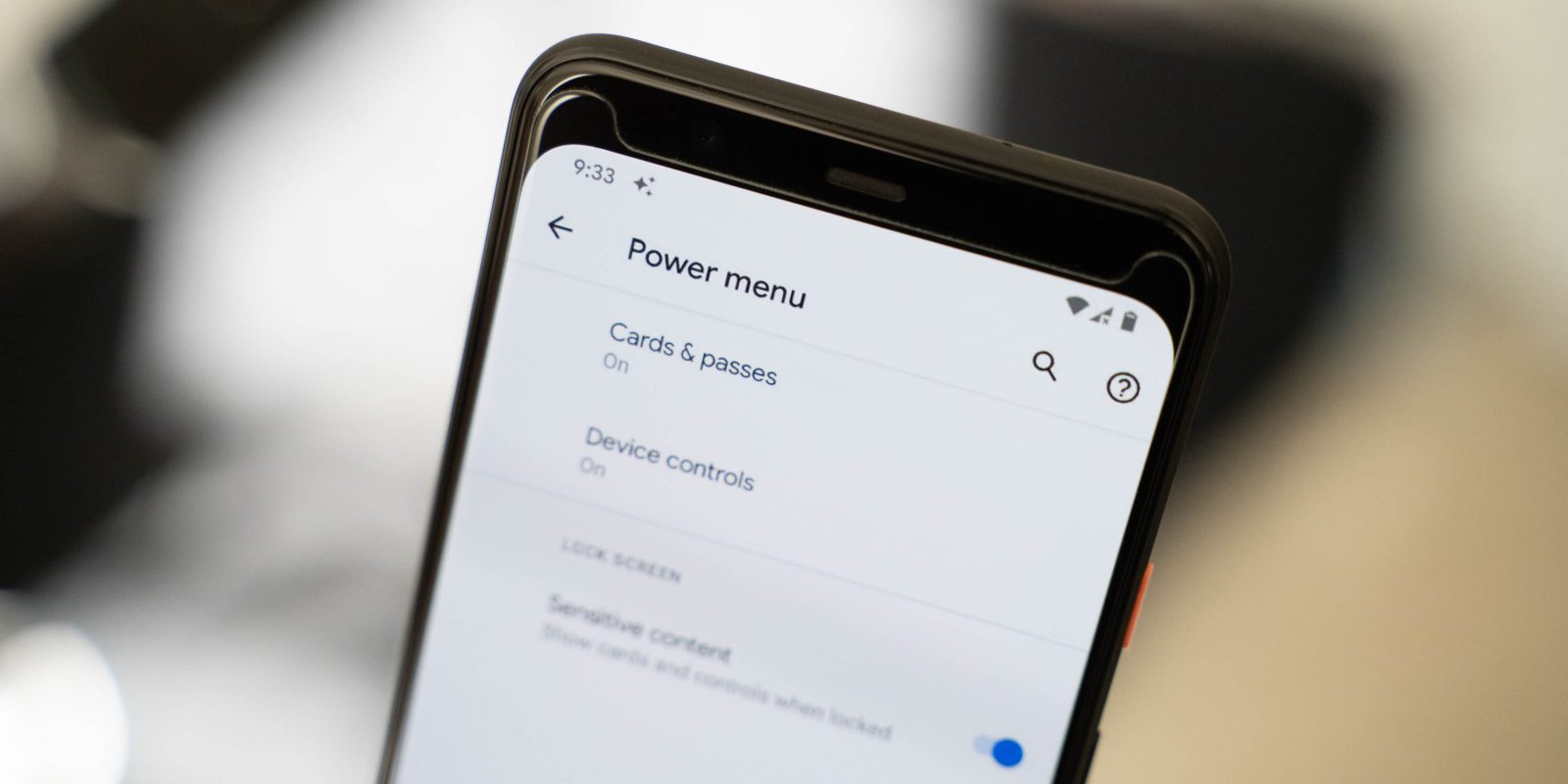 The first Android 11 Beta leaked out well ahead of schedule today and, thanks to some digging on Twitter, some of the new features are getting leaked. Following a previous leak from internal documents, we’re now seeing screenshots of Android 11’s new power menu as it will arrive in the first beta release.

In a tweet, Mishaal Rahman shows off a handful of screenshots, seen below, which detail a new “Power Menu” section of Android 11’s Settings. This new section gives users the ability to customize the power menu using the two big new additions Google is delivering with Android 11: Device Controls and Card & Passes.

Cards & Passes may sound familiar and that’s because it first debuted on Google Pixel devices last year. The feature pops up when the power menu appears, giving Pixel owners a carousel of their credit and debit cards from Google Pay.

Device Controls is the more exciting new addition of the two, though. It gives users the ability to control smart home products throughout their homes directly from the power menu instead of diving into an app or using widgets.

The interface — and animation — shown in the tweets is remarkably similar to the images we posted earlier today. Thanks to that previous leak, we know this is a feature Google is building into Android itself, meaning it will appear on more than just Google Pixel devices.

This new menu also tells us that Device Controls and Cards & Passes can be turned on/off individually, meaning you can leave one or the other turned on at your discretion if you don’t want both. Handy! You can also enable these two menus to still be accessible from the lockscreen even if your device isn’t unlocked.

Android 11’s first beta was supposed to debut on June 3rd, but the current state of affairs pushed that date back. Stay tuned, we’ll keep you updated.