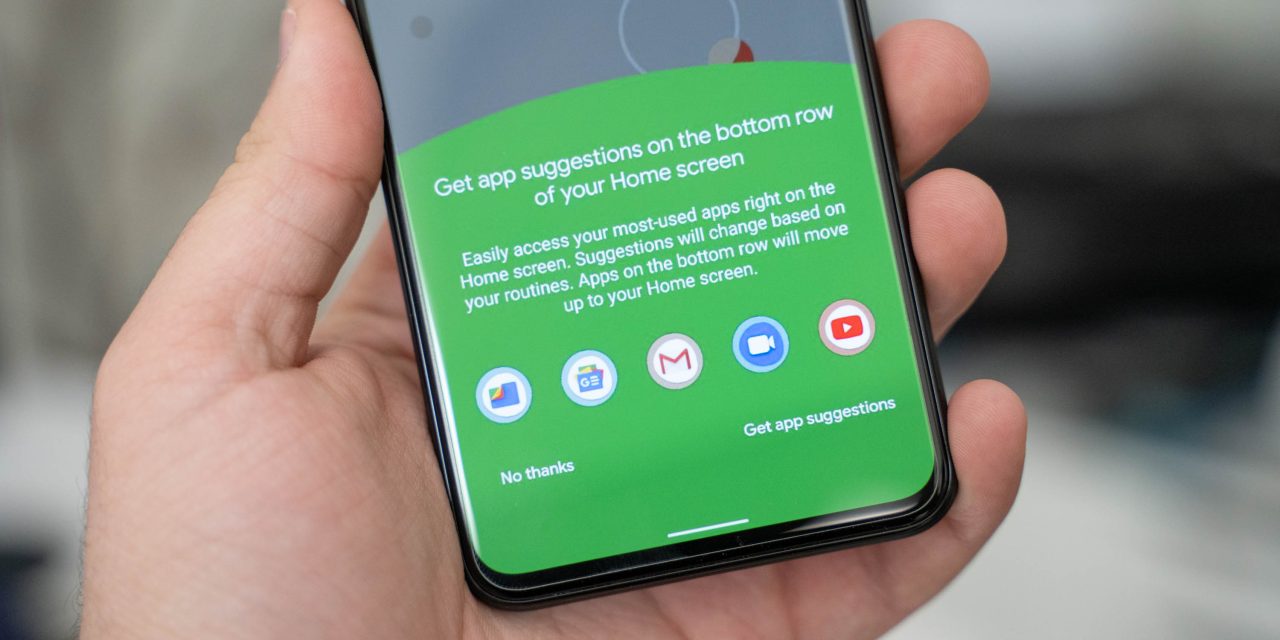 Android 11’s first beta release was supposed to land this week, but it ended up getting delayed until further notice. Now, an early build has leaked, and some of the new features are being detailed, including a new option for the Pixel Launcher that puts app suggestions in your dock.

A leaked build of the first Android 11 Beta release is being picked apart on Twitter, and one of the new features included is something we actually spotted a while back. In Android 11’s very first developer preview, we found evidence Google was working on a “Smart Hotseat” for the Pixel Launcher. Now, it appears that functionality is about to go live.

The Pixel Launcher on Android 11 Beta 1 adds “app suggestions” for the dock of the Pixel Launcher. Google has previously offered these suggestions on the top row of the app drawer, but now that functionality appears to be extending directly to the main homescreen.

Mishaal Rahman say that this feature “supplements” the dock by filling in any missing gaps with a suggestion directly from Google. In my own case, this might mean removing the camera icon to leave a gap which, in turn, would be filled in with whatever Google thinks I may want to use. Given how good Google usually is at guessing what apps I want to use, this sounds really good! It looks like there’s even an option to block apps you don’t want to appear.

We’re not sure just yet when Google plans to roll out Android 11 Beta 1, but we’ll be further digging into these app suggestions on the Pixel Launcher further at that point, as well as whatever else we end up finding. Stay tuned!