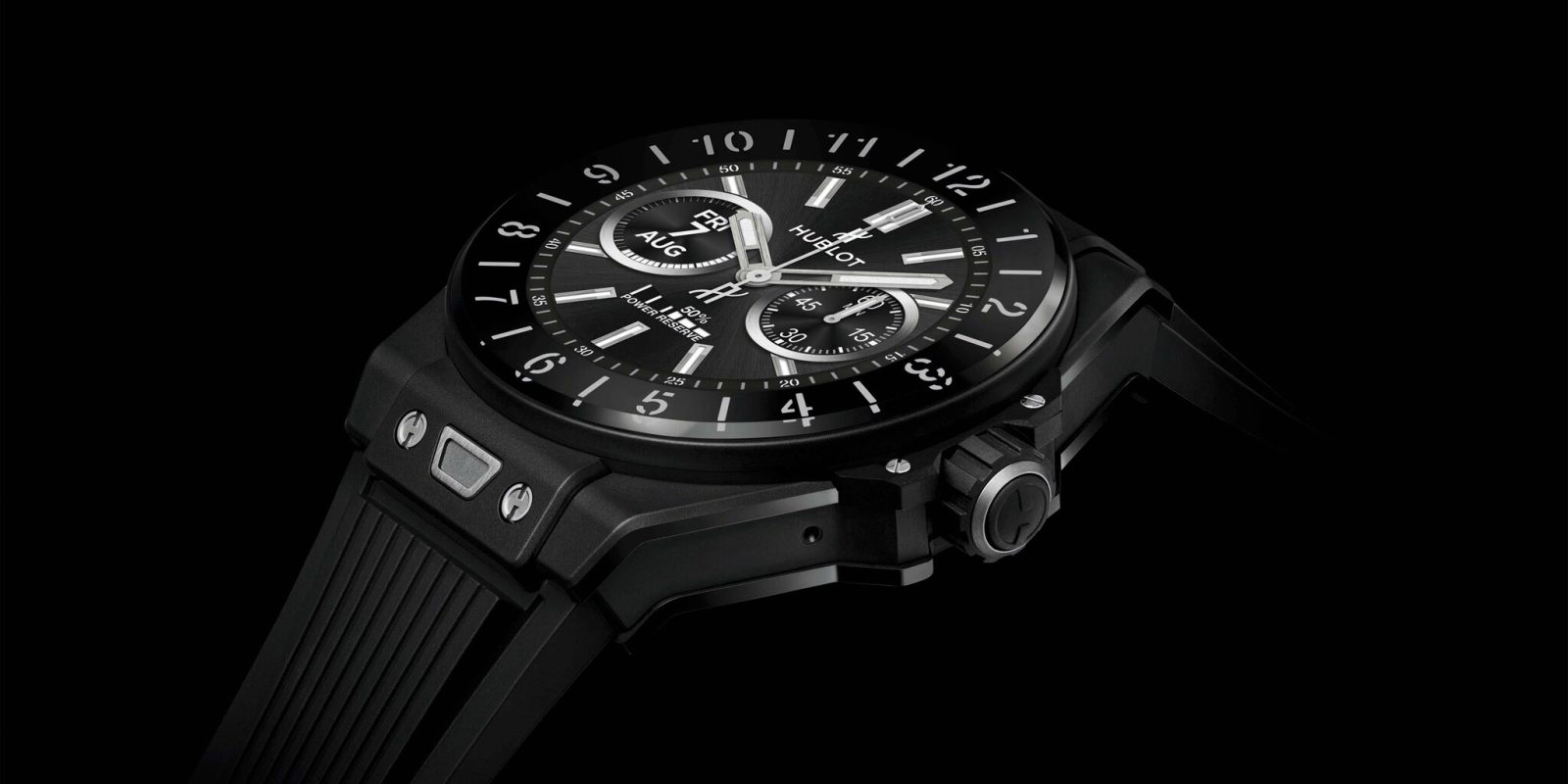 Google’s Wear OS isn’t moving the needle when it comes to smartwatch shipments for most customers, but the platform has been very popular in one area — luxury smartwatches. Today, watchmaker Hublot has announced the “Big Bang e,” a luxury watch with premium materials and Google’s Wear OS.

Hublot has been making traditional watches in Switzerland since 1980, but the Big Bang e is one of the company’s first smartwatches. The design of the new watch is closely modeled after the Big Bang, a traditional timepiece that Hublot first released in 2005 and has since released several variants of.

Hardware is the key selling point of the Big Bang e which makes sense given the $5,200 starting price of this watch. It comes in two variants — titanium ($5,200) and black ceramic ($5,800). Both offerings sit at 42mm for the physical casing with a sapphire crystal display over the AMOLED display. There’s a rotary crown too which can scroll through the UI and act as a button.

The Big Bang e is available in a 42 mm case, made from a choice of titanium or ceramic. The hour numerals are metallised underneath the scratchproof sapphire crystal, which is covered with an AMOLED high definition touchscreen. Just like a mechanical version of the Big Bang, its rotary crown with integrated pusher is used to activate the controls for its electronic module.

The hardware here is also 3ATM rated for water resistance and uses a rubber strap on both models.

Under the hood, there’s also a Snapdragon Wear 3100 processor, 1GB of RAM, and 8GB of storage — a pretty standard Wear OS package in 2020. A bit out of the ordinary, though, is the lack of both GPS and NFC, the latter a killer for those invested in Google Pay. The battery inside is also only 300 mAh with only an estimate of a single day.

On the software front, Wear OS is still Wear OS with Google Play, Assistant, and plenty of apps and watchfaces. Hublot includes some of its own watchfaces and also a couple of features, too. There’s a Perpetual Calendar which can show the moon phase. Hublot also included a special watchface as part of the #HublotLovesArt movement which changes color throughout the day.

Transferring their traditional expertise into this new digital environment, the designers in Nyon have developed new watch functionalities. Apart from the “Time Only” analogue function, the Big Bang e features exclusive interpretations of traditional watch complications, such as a Perpetual Calendar with an immaculately precise moon phase or a second GMT time zone, which presents the earth in a very realistic way. These functionalities have been revisited and enhanced to take advantage of the possibilities offered by the digital world.

The Hublot Big Bang e has no release date just yet, but it will be available in the US, Europe, UK, and China too. You can sign up to be notified about the launch on Hublot’s website.