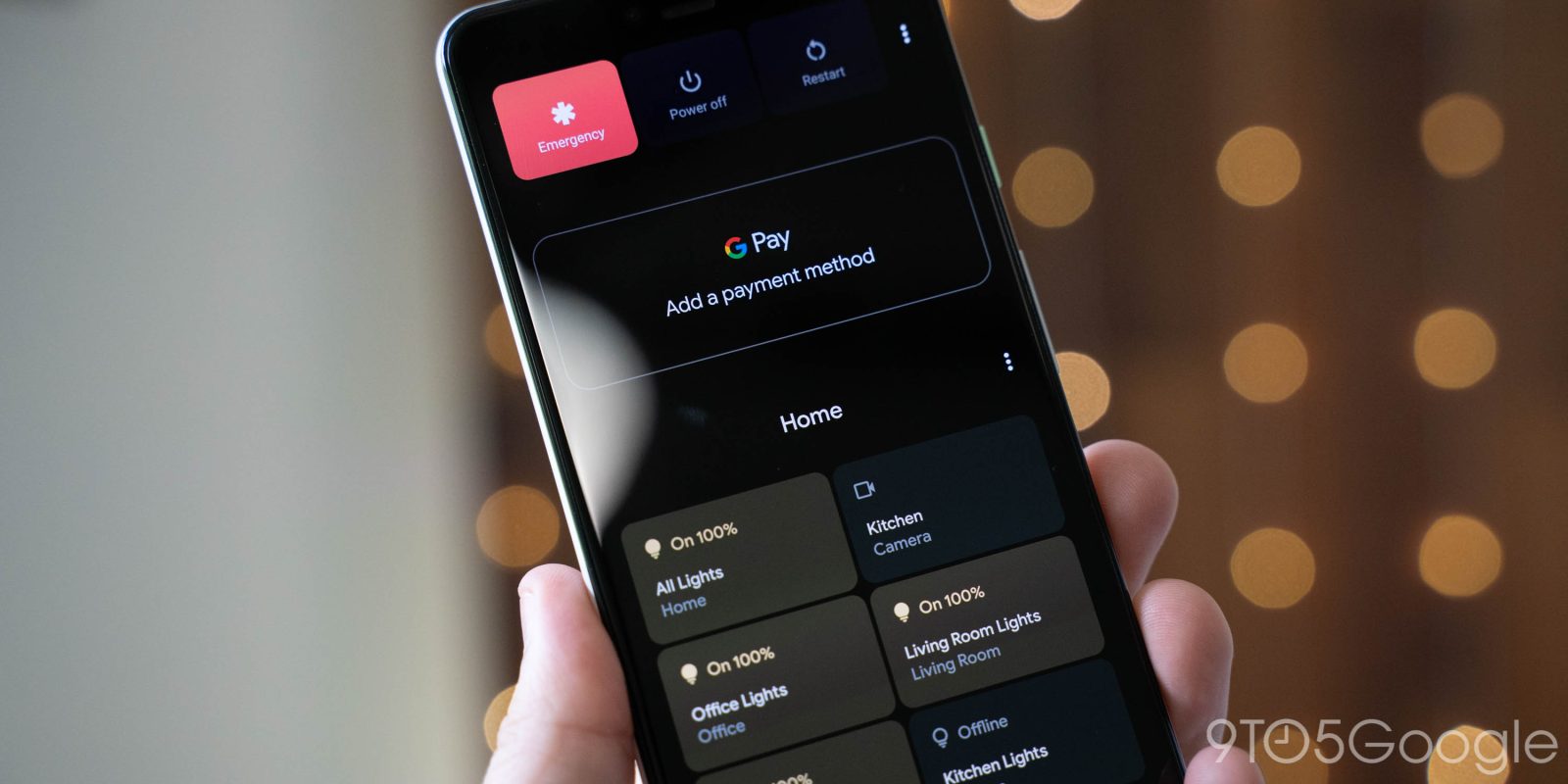 After a handful of delays, Google has today finally launched Android 11 and, with it, a bunch of new features. One of the biggest new features is the revamped Android power menu which delivers support for your Google Pay wallet, smart home controls, and more. Here’s a look.

We’ve already seen this menu before in previous Android versions, it even went live in Developer Preview 4 due to the Google Home app. Still, there’s a lot to love with this new power menu. At the top, it shows Google Pay as you can see in the animation below. For me, though, I couldn’t get the wallet feature working because, strangely, Google Pay still doesn’t work on my Pixel 3 XL in Beta 1.

Still, the most exciting feature, in my opinion, is the arrival of smart home device controls. Here, the Google Home app pumps in your smart lights, cameras, and thermostat where you can easily control and view them. The feature works incredibly well and supports swipes for adjusting the brightness of lights. Opening a camera feed, too, is quick and easy. In fact, these controls loaded my kitchen camera faster than the Nest app would have!

The new power menu is an open API in Android 11, so device makers such as Samsung will probably swap Google Pay and Google Home for their own products. Hopefully, Google will add a “default” picker before the final release, it’ll make the Android power menu a lot more useful for everyone.