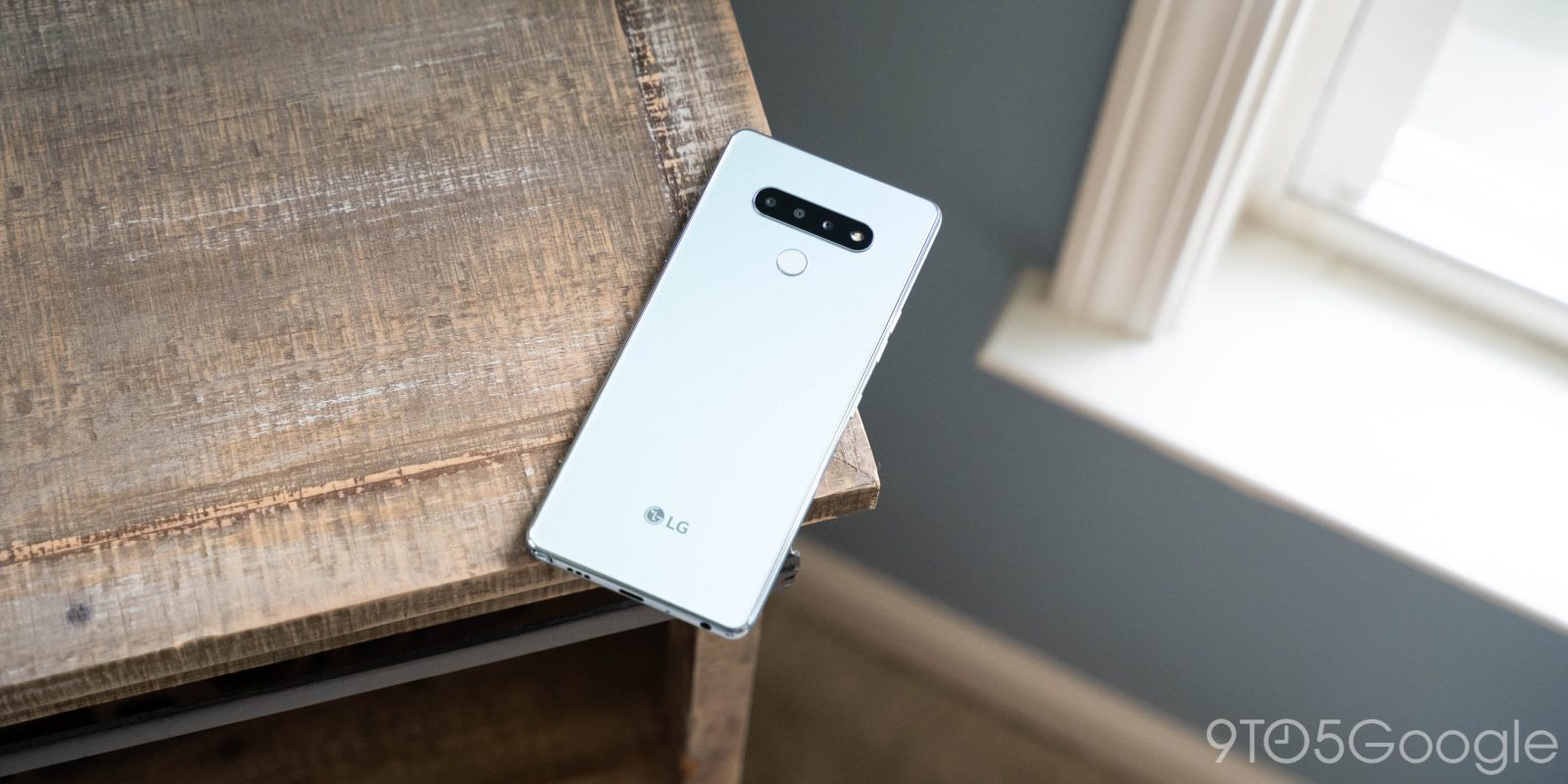 When it comes to looks, performance, and just overall quality, budget smartphones have come a long way. LG’s Stylo lineup has proved very popular in the affordable market, but is the new LG Stylo 6 still worthwhile? Well, it hits two of the three checkboxes mentioned above. Let’s talk.

At first glance, you’d be forgiven if you thought the LG Stylo 6 cost a lot more than its $200~ asking price. Really, the phone is just well designed across the board. The back panel is plastic, and feels like plastic, but its reflective gradient color is striking in person. Fingerprints don’t show on it too badly, but over time it starts to feel greasy, as any glossy plastic material will. The heft to this phone is also a comfort; it doesn’t feel hollow like so many others.

Going around the sides, there’s a sturdy-feeling frame with a power button on the right side and volume buttons on the left. Also on the left, there’s a dedicated button for opening up Google Assistant. Always handy.

The frame of the phone also has a super-sized SIM tray for your network SIM and extra storage via a microSD card. Along the bottom, finally, you’ll find the USB-C charging port, a single speaker, the stylus silo, and a 3.5mm headphone jack — yep, it lives on another year. 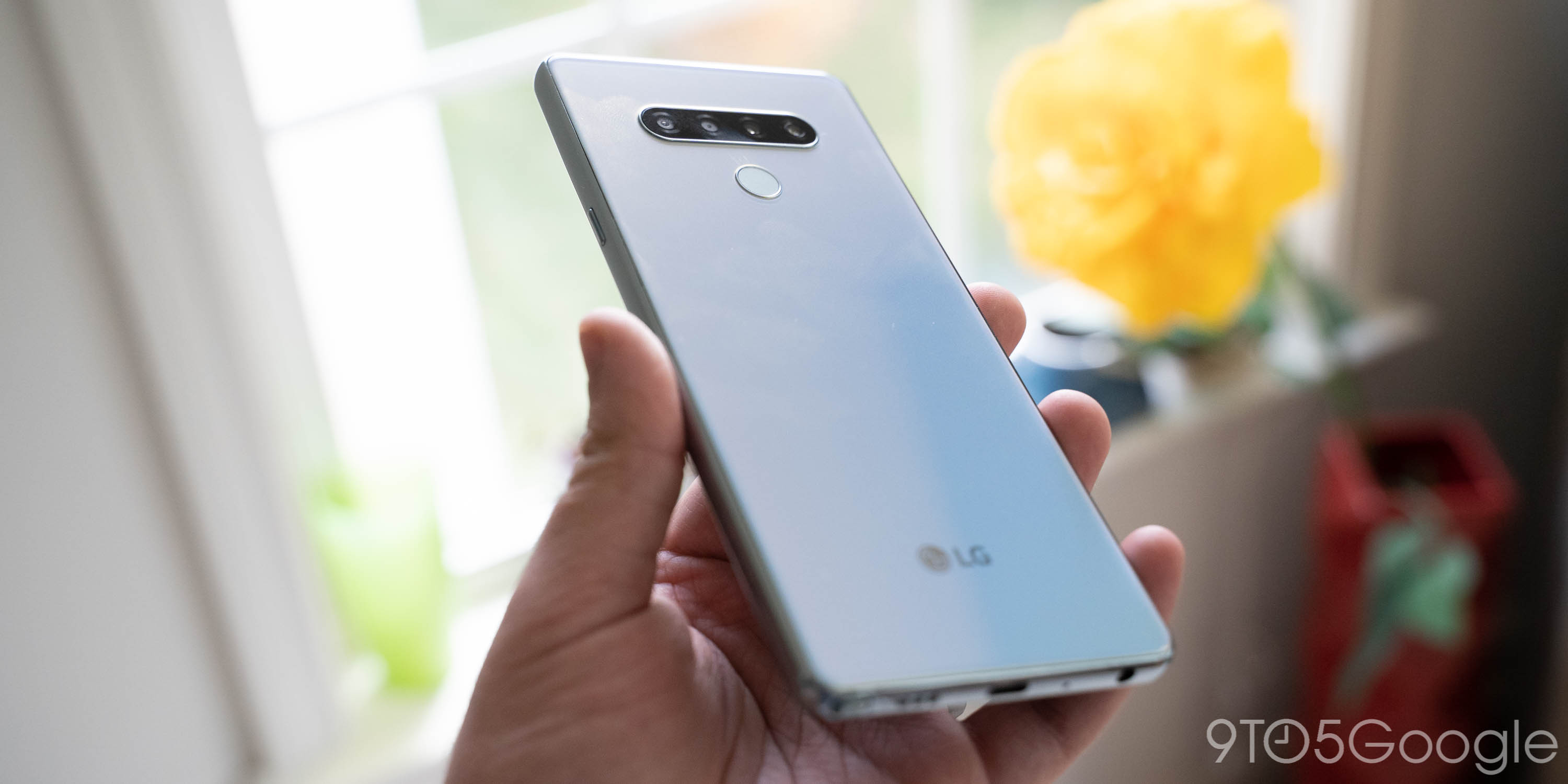 Given its price tag, I really thought my complaints about the hardware would go beyond “it gets greasy,” but I’ve been pleasantly surprised. LG really knocked this build out of the park, delivering a phone that is genuinely well made and feels way more premium than it should for $200. Seriously, kudos LG.

Here’s the thing, though. Almost 99% of people are going to just put this phone in a case of some kind. Looks are always nice, but given the budget focus here, I really wish that LG had gone with a bland design and instead focused on our next few areas of discussion.

The display on the LG Stylo 6 is huge. It’s a 6.8-inch LCD panel with a notch up top to house the 13MP selfie shooter. All in all, it’s fine. Brightness is acceptable (although auto-brightness is very finicky) and colors are alright too. It’s also a 1080p panel, which is great to see in a phone this cheap. 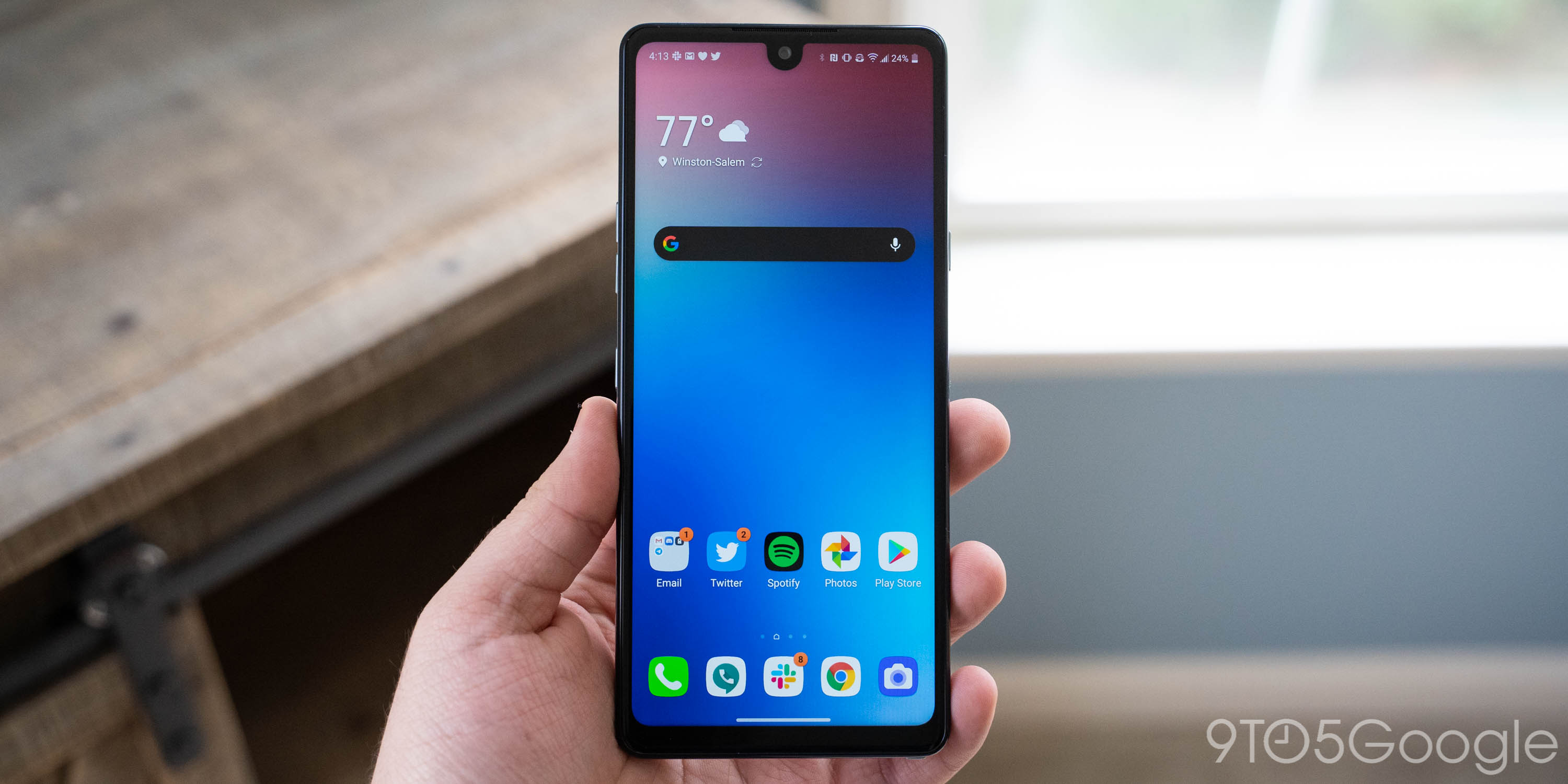 However, the quality of this panel is just… not great. There are obvious areas especially around the edges of the panel where the lighting is uneven, something that’s extremely apparent if you’re reading a webpage or even watching videos. The viewing angles, too, suffer. I’ve seen way worse, but this is just not a great display by any measurement. I would have rather seen LG go for a lower resolution and instead work on ensuring a better quality panel.

Display aside, though, let’s talk about the feature that gives this phone its name. Embedded in the bottom of the Stylo 6 is a small stylus. This isn’t like an S Pen on Samsung’s expensive Galaxy Note lineup, but rather it’s just a simple capacitive stylus. That means there’s no pressure sensitivity or detection on how you’re holding the stylus. Instead, it’s just a more precise way to interact with your phone.

The verdict? It’s a nice add-on! The stylus works well and is very responsive on the screen, and it’s size, while small, is relatively comfortable to use. I love too that LG uses a spring mechanism on the top, making it a nice little fidget toy as well. It’s also nice that, when the phone is locked, taking out the stylus opens a quick notepad.

Really, though, the stylus is what’s going to make this phone for a lot of people. Want a cheap phone with a stylus? There’s really not many other places to look aside from the Moto G Stylus, but that phone costs nearly $100 extra.

Out of the box, the LG Stylo 6 is running on Android 10. It doesn’t have the most up-to-date security patch, but overall it’s a respectable build of Android. There are a bunch of additional LG features such as the previously mentioned notepad app and screen annotation tools to go along with the stylus. The Boost Mobile variant I was using, too, didn’t come preloaded with a bunch of bloatware — not that it doesn’t have the room with 64GB of internal storage.

Putting it bluntly, performance on the LG Stylo 6 is not good. The MediaTek Helio P35 processor just doesn’t have enough juice to efficiently run anything well. Every app I tried worked but I can’t say anything ran well.

Even as a GIF, this is not great

From social media to messaging, everything you do on the LG Stylo 6 is going to be slow, laggy, and really just require a ton of patience. At times, the phone just slows to a painful crawl. This sours the experience of using the phone, unfortunately. Actions as simple as trying to go back to the homescreen sometimes took several seconds. On one occasion in particular, I had to wait roughly 20 seconds just for the Gmail app to open, even longer for it to fully load. Experiences like that are all too common, even if performance is sometimes completely fine.

With your expectations in check, this is pretty much acceptable. However, for users who buy this phone just expecting it to — i.e. all of them — it’s going to be very frustrating! It comes back to how I wish LG had sacrificed the looks a bit to put that cash towards improving the performance.

On the back of the LG Stylo 6 there’s a 13MP primary camera sensor backed up by a 5MP ultrawide and 5MP depth sensor. Surprisingly, they’re not totally awful. 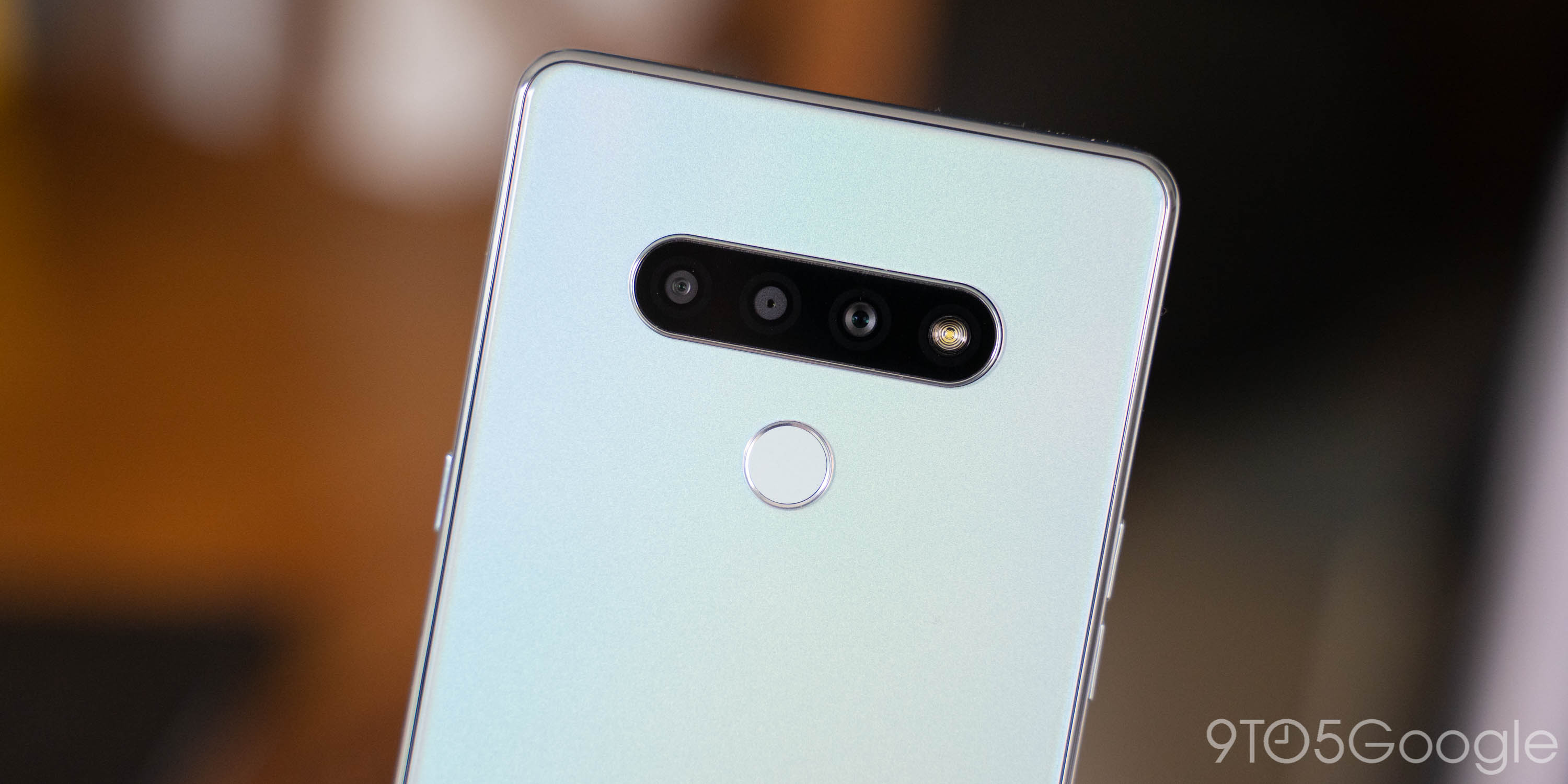 My main complaint here comes from the viewfinder. When you’re actually about to take a photo, the preview makes the shot look completely unusable. Once it’s actually been processed and saved, though? Not too bad honestly. Some shots are going to be awful, especially if the lighting isn’t ideal as you’ll see below. You also have to be essentially completely still to get any sharpness in your photo.

At least, all of that is true of the standard sensor. Moving on to the 5MP ultrawide shooter, the results are basically never any good. Details are extremely soft, colors are muted, and the end result is just ugly.

For the price, I can’t totally dismiss this camera, but I struggle to give it any real praise. That’s especially difficult when I’ve used devices such as the Moto G Power which are not bad for an extra $40-$60 and, of course, there’s the Pixel 3a which is often on sale for around $100 more. Obviously, those price differences are a lot when we’re talking about a budget this small, but if you value the camera you should absolutely pay up if you have the circumstances.

A serious strength of the LG Stylo 6 is its battery. Getting straight to the point, this phone is downright hard to kill. The 4,000 mAh battery lasts me two full days, no questions asked. As I write this review, the Stylo 6 is sitting on the desk next to me with 27% remaining on its second day and with a few hours of screen time attached. For everyone looking to purchase this phone, you’ll be happy with the battery life without a doubt.

Charging too is good! I’m so glad to see a USB-C port here and charging speeds seem sufficient as well, especially given how rarely you’ll need to charge it. 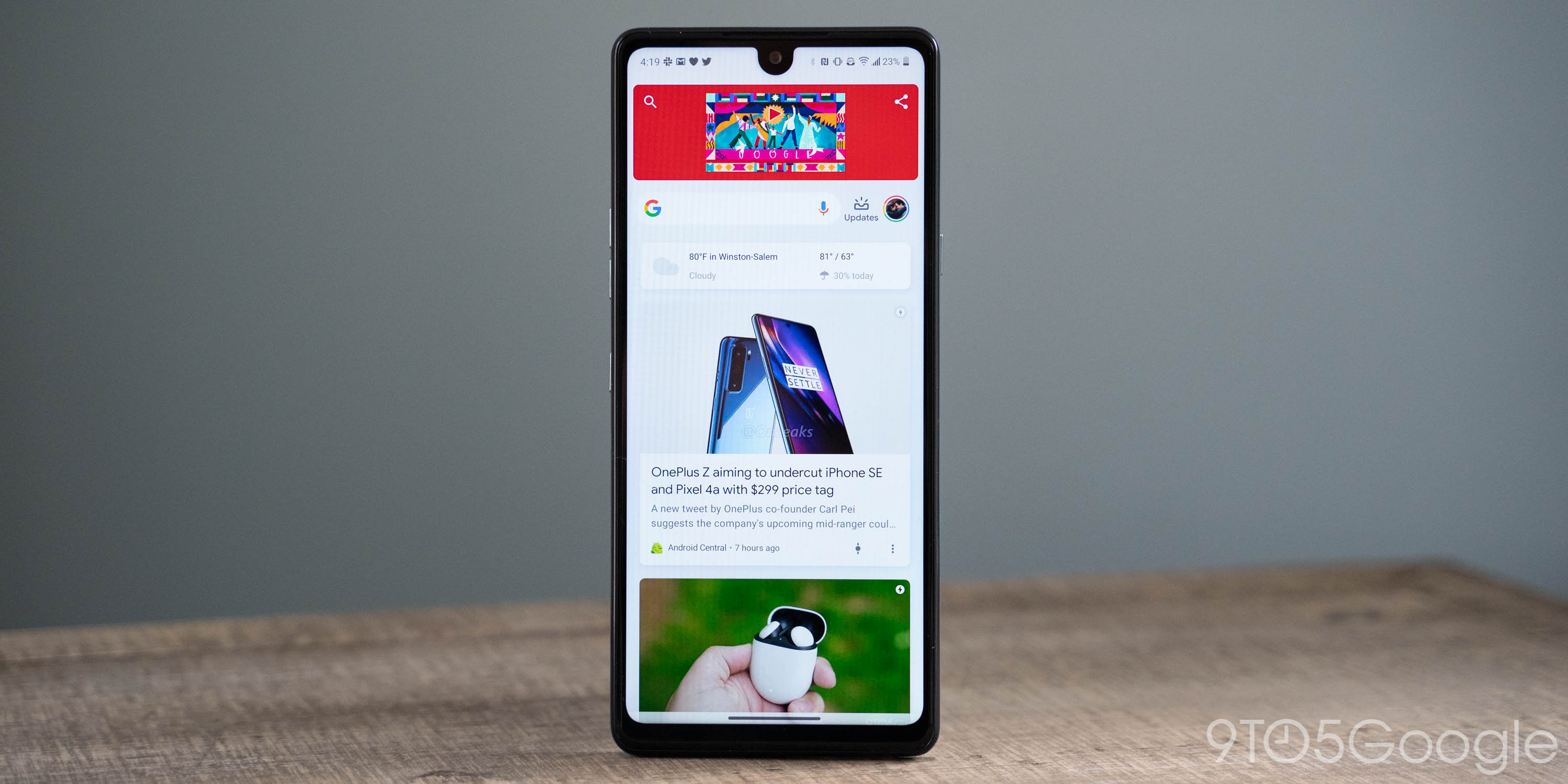 Audio is something LG does well in its flagships, but that doesn’t really reflect on the cheap Stylo 6. The single speaker gets loud, but its quality is lacking and the place of the speaker makes it easy to cover. It’ll do in a pinch, but headphones should always be on hand with this device.

The back of the LG Stylo 6 houses a capacitive fingerprint sensor. This is a technology the Android industry basically perfected over the past few years, but the one here on the Stylo 6 is unimpressive at best. It’s slow, misses from time to time, and isn’t recessed into the back of the phone, making it slightly hard to feel out. It’s better than nothing, but frustrating for a feature you’ll use many times per day. 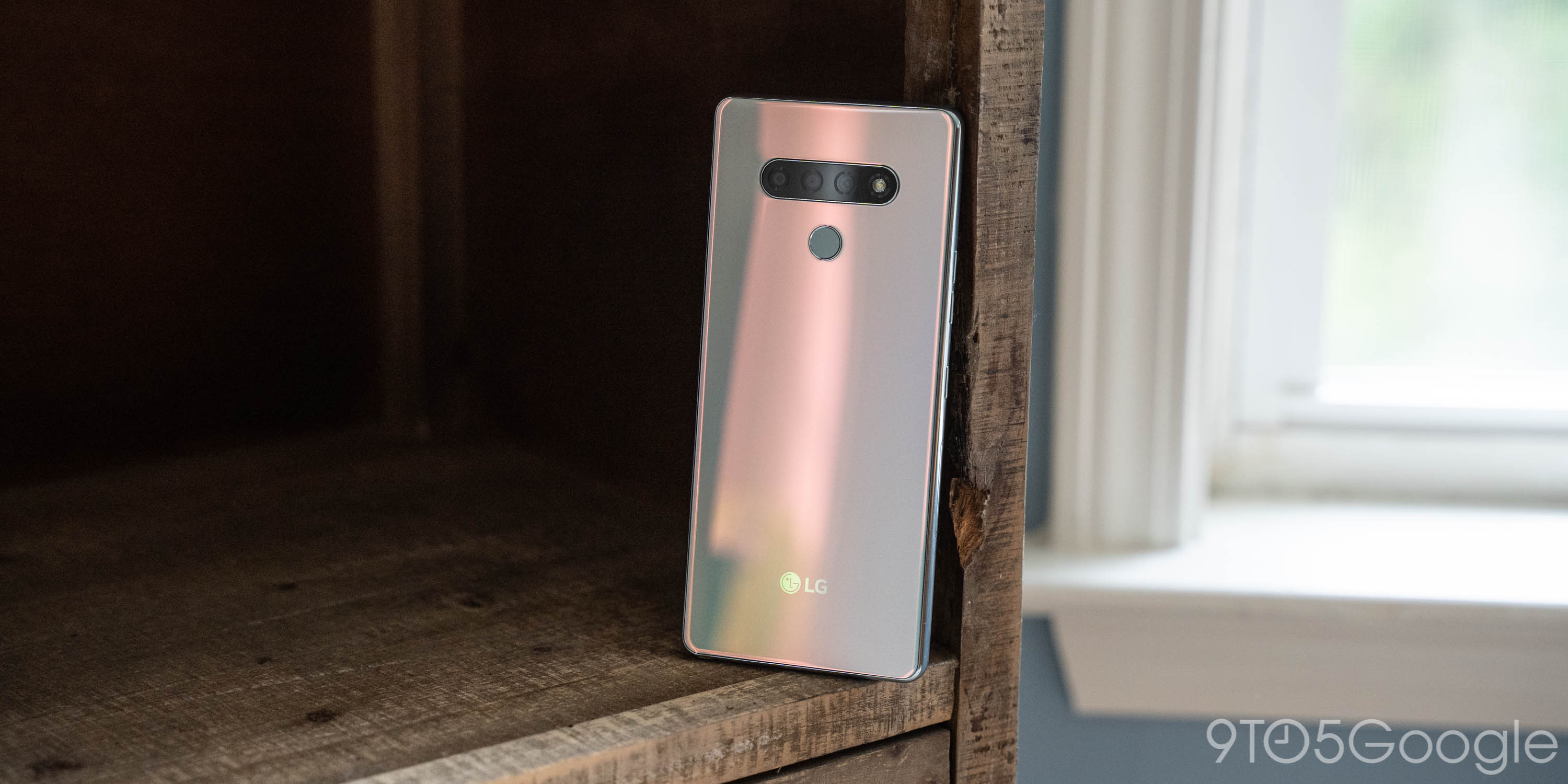 The verdict on the LG Stylo 6 is relatively simple. Do you have a really tight budget? Do you want a stylus built into your phone? This is a great choice! Do you have a bit more price flexibility and don’t care about the embedded pen? There are probably better options out there.

The Stylo 6 gets a lot of things right, but its performance is going to be a deal-breaker for a lot of users. At $180 though, many customers might be totally happy with this phone. At that price, I think it’s absolutely worth a look if you’re on the hunt for a new budget smartphone, but at its full $220 price, it’s much harder to recommend when options like the Moto G Power and TCL 10L exist. It’s absolutely not worth the $250+ Metro, T-Mobile, and Sprint ask for it.