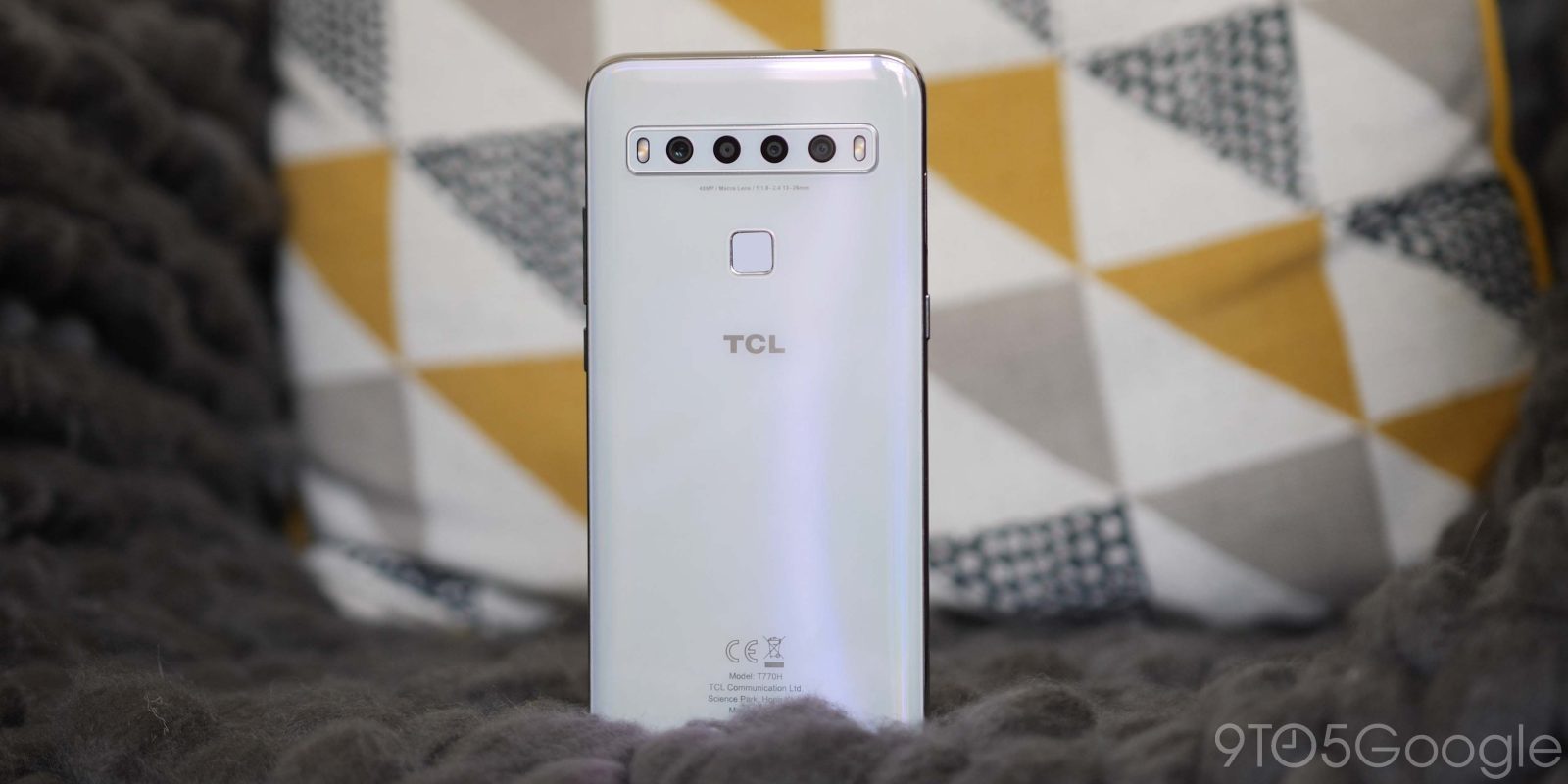 Affordable smartphones have come a long way, and the TCL 10L is yet another testament to that statement.

We have already spent some time with the slightly more expensive TCL 10 Pro, which is a solid competitor to the likes of the Pixel 3a and iPhone SE. However, the 10L is not aimed at that same market.

It feels like we are constantly saying that the “budget space is hotting up,” but with so many new releases, it really does feel like constantly shifting sands with a few firm patches of exceptionally priced products — of which the Pixel 3a still remains the gold standard.

TCL is new to the arena, with a first proper attempt at a “budget” Android phone. After spending an extended period of time with the TCL 10L, just how does it stack up?

Probably the one area that the TCL 10L instantly feels budget is in the design. Unlike the TCL 10 Pro, the 10L is dominated by polycarbonate, and while that isn’t a bad thing, it is instantly noticeable. However, it feels densely packed, and most importantly, not hollow. There is no visible flex, which is always a massive bonus on such a cheap device. 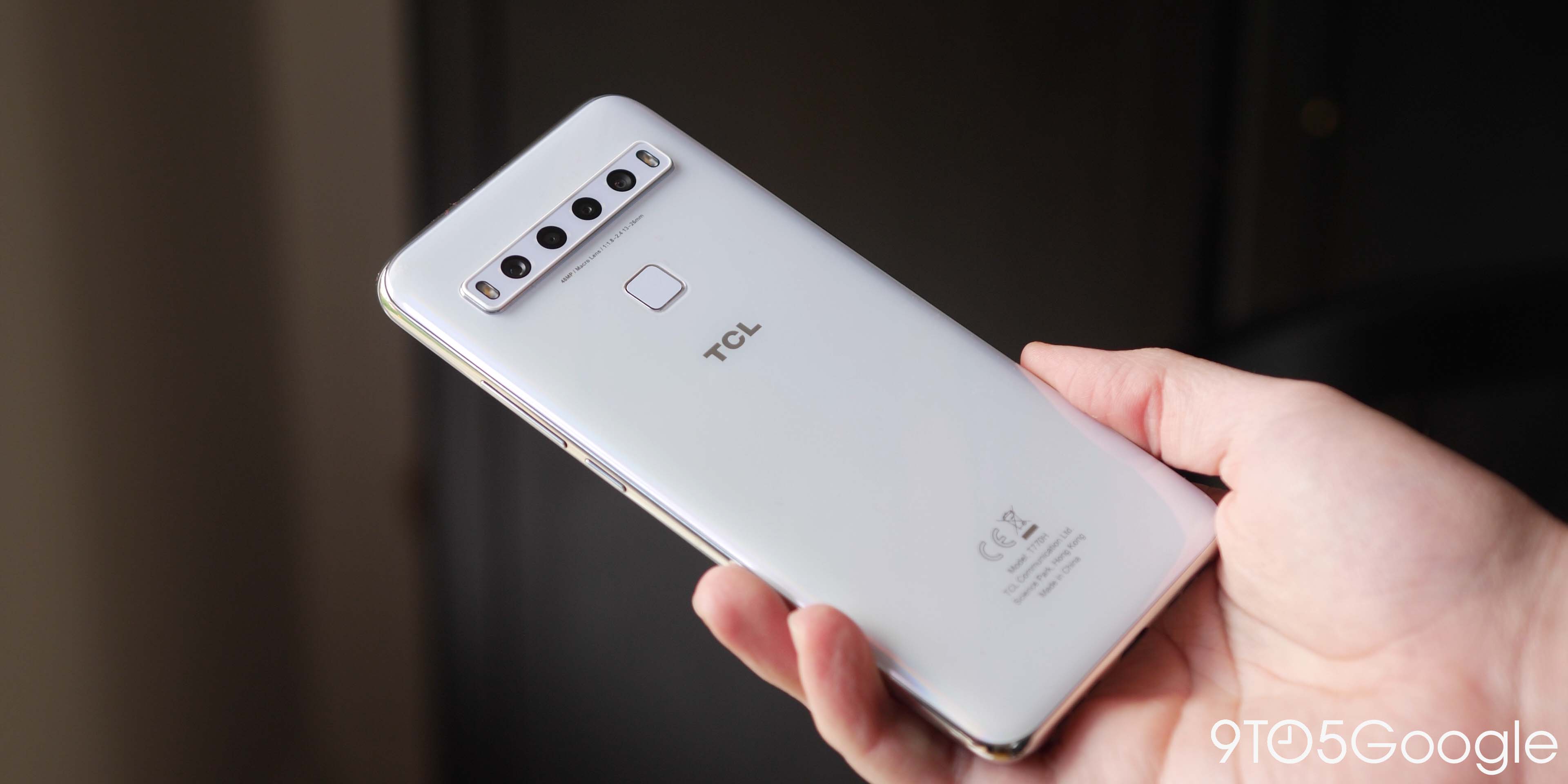 You definitely would not confuse the TCL 10L with a “premium” smartphone, though. The telltale glossy finish and plastic frame really give it away. As a first effort, heck, this is impressive. Not many new smartphone brands enter the market at all, let alone with a pretty solid package.

The TCL 10L differentiates itself from the growing pack of excellent affordable Android phones as it instantly stands out, thanks to the camera “visor” at the rear back panel. The glossy pearl white color isn’t one that I would instantly choose, but it’s fine enough.

At the sides, the button placement is pretty much what you’d expect. There is also a headphone port up top too — which is always a nice surprise inclusion at this stage. While there is also an extra dedicated quick launch button on the left side of the chassis.

This is disabled as standard — or at least was on my TCL 10L review unit — but can be activated to enable things like the display enhancements, Google Assistant, camera and camera modes, plus launch into apps or system settings. This might prove useful, but would be far more essential if you could fully customize the options. However, the options are pretty good out of the box. 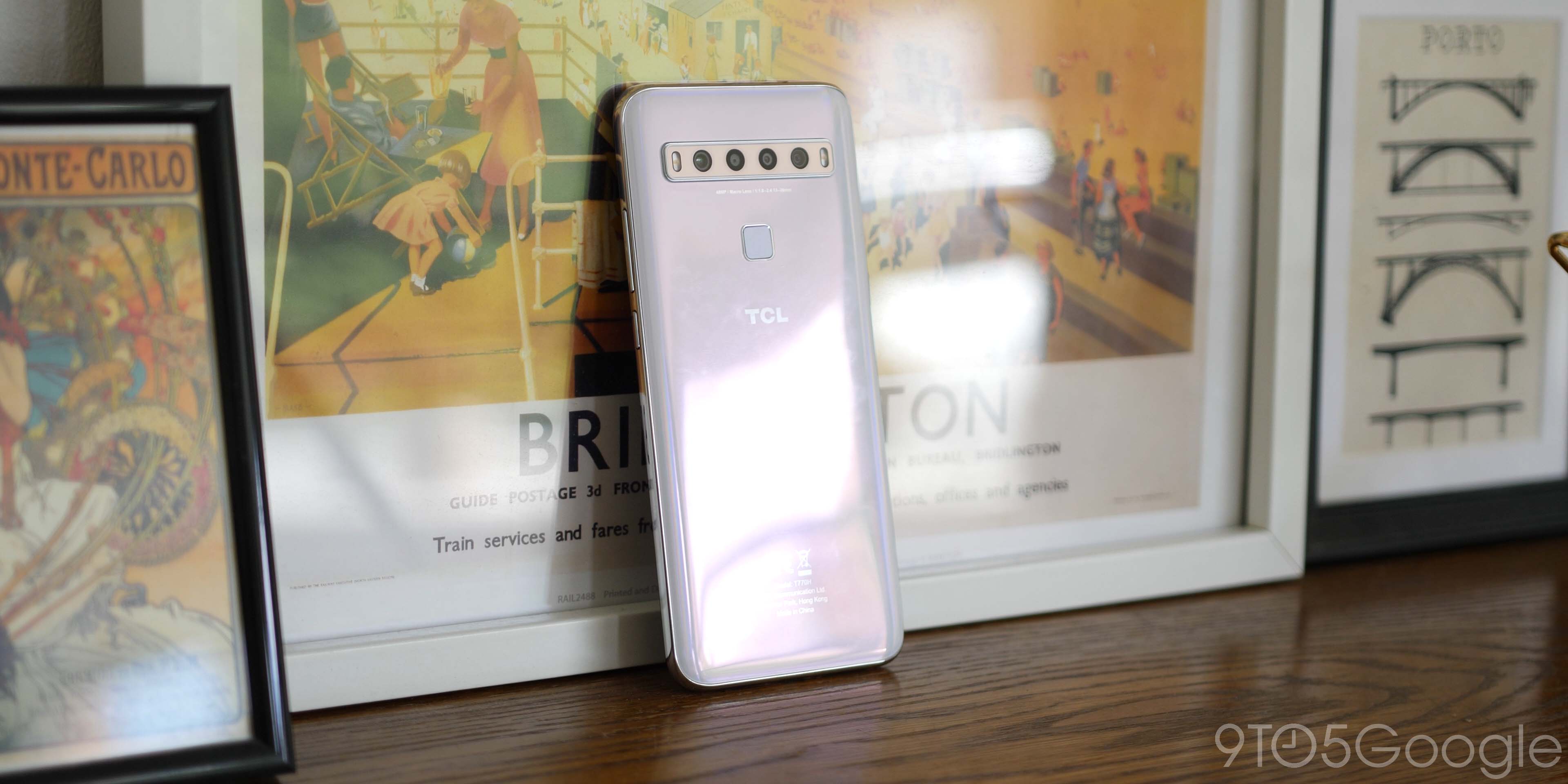 TCL has a rich recent history with affordable TVs and displays, so as you’d sort of expect, the FHD+ display at the front is the real eye-catching addition here. There are not a great deal of sub-$300 smartphones coming with 1080p displays, so this is a massive selling point. It’s a decent LCD panel that even includes adaptive display colors, which is essentially a copycat of the True Tone or Ambient EQ you’ll find on the iPhone or Pixel 4 series.

That display also comes with a punch-hole notch, which does have some slight shadowing. It’s noticeable at lower brightness, which is another area that this display doesn’t quite stack up against the competition at higher price points. With a 450 nit peak brightness, you may have some difficulties viewing the TCL 10L display in bright sunlight.

Other notables are the inclusion of NFC for wireless payments plus a rear capacitive fingerprint sensor. For just $250, you get a heck of a lot of phone hardware here. 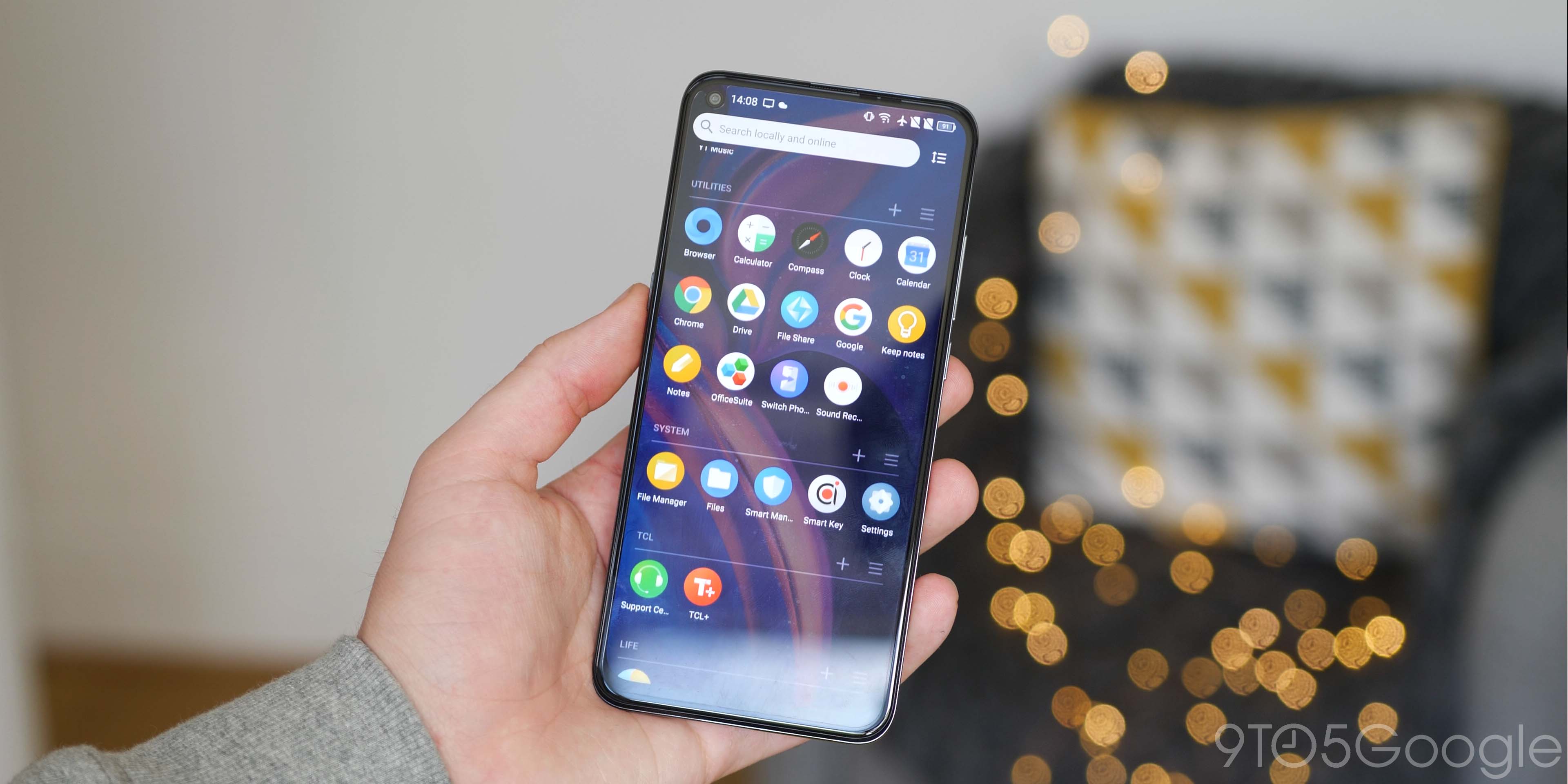 The TCL 10L comes with Android 10, which is a both a blessing and a curse in many ways. This is a heavy alteration of what we often consider “stock Android.” Is it the worst third-party skin? No. But it has some little quirks and problems here and there.

Like the 10 Pro, the 10L is only slated to get one — yes one — major OS upgrade. While I think that is still massively frustrating, it isn’t a complete dealbreaker, given the entry pricing. You’ll still get bimonthly updates for security patches and whatnot for at least 24 months. I can’t wholeheartedly condemn this, but nor can I say it’s a good thing.

Inside the TCL 10L, you get a Qualcomm Snapdragon 665 chipset, which is paired with 6GB of RAM. Those are slightly above what I would call “modest,” and it’s not a bad thing by any stretch. I have noticed the odd minor slowdown but for the most part, if you’re sticking to sending SMS messages, browsing the web, or watching video on Netflix or YouTube.

Even processing intensive games manage to chug along nicely. The thing that will strike most people is how fluid a phone such as this is for under $300. It doesn’t feel that long ago that you’d have a truly terrible experience, but that isn’t the case with the TCL 10L. 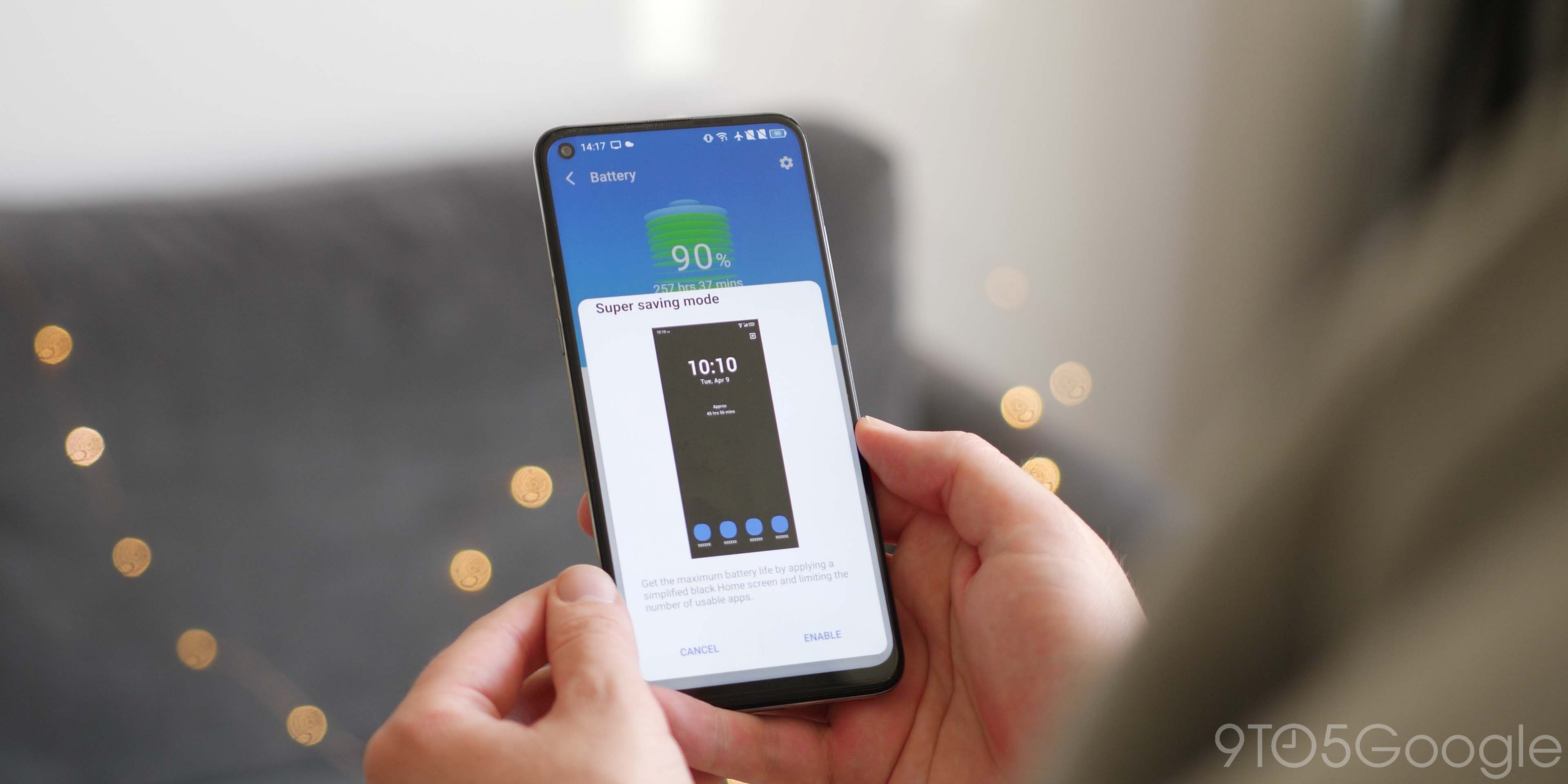 Cheap smartphones are often paired with larger batteries, and the TCL 10L is also thoroughly equipped to last throughout even the busiest of days. While the 4,000mAh cell is by no means the largest, it’s helped by the efficient chipset.

I don’t look at my smartphone display for hours at a time, but I still managed two days on a single charge multiple times. Screen on time would vary depending on what I happened to be doing, but 5 hours of SoT in a single day with plenty of headroom leftover was a common experience. 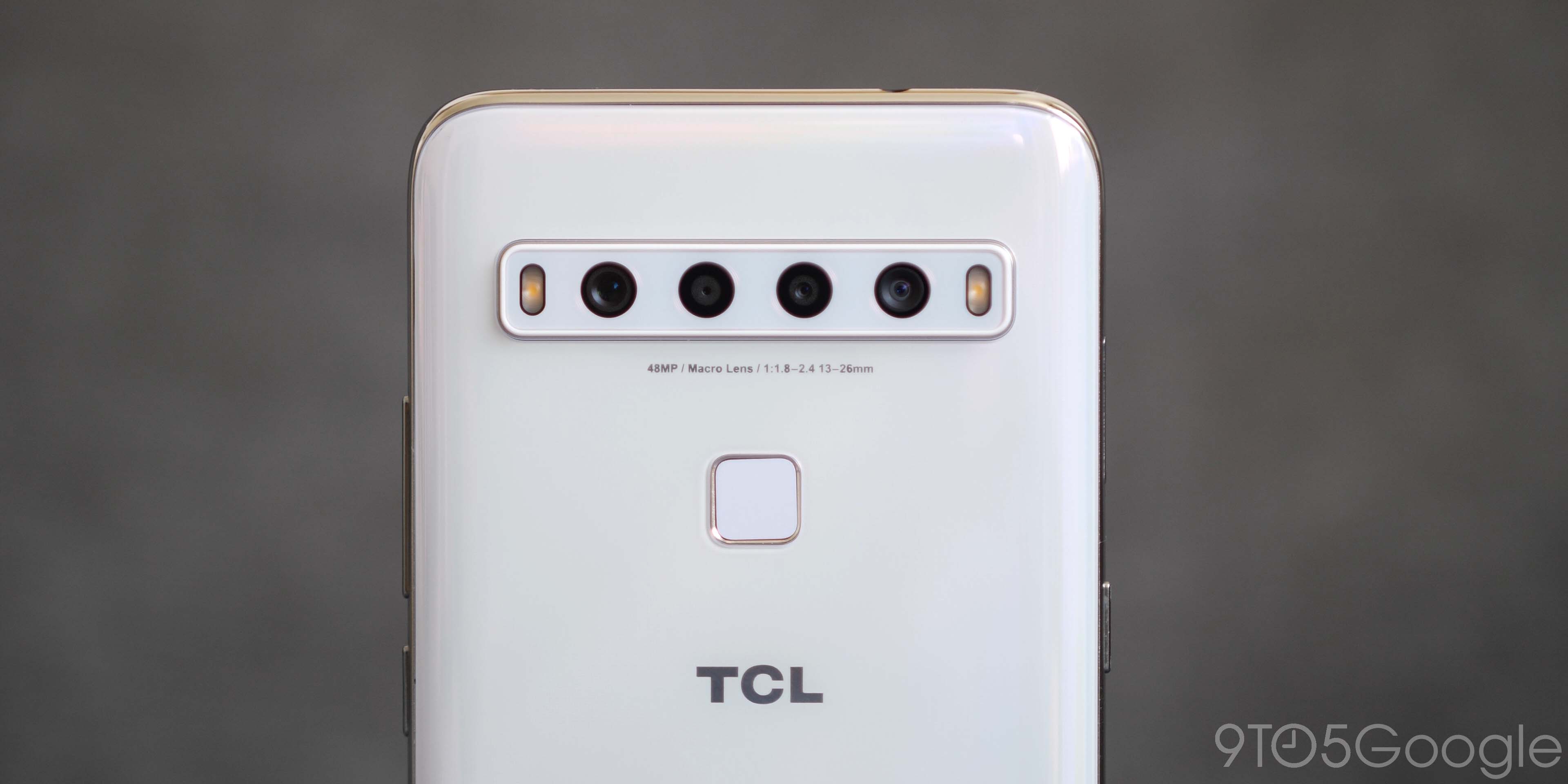 Like the TCL 10 Pro, the 10L has four rear-facing cameras for you to experiment with. They are probably about what you’d expect for such a low-cost smartphone, though. It’s also worth noting that you will have to disable the garish TCL watermark before ruining your snaps with it emblazoned on your pictures. You can get some pretty impressive results in good lighting, but most of the time photos can be rather mixed. 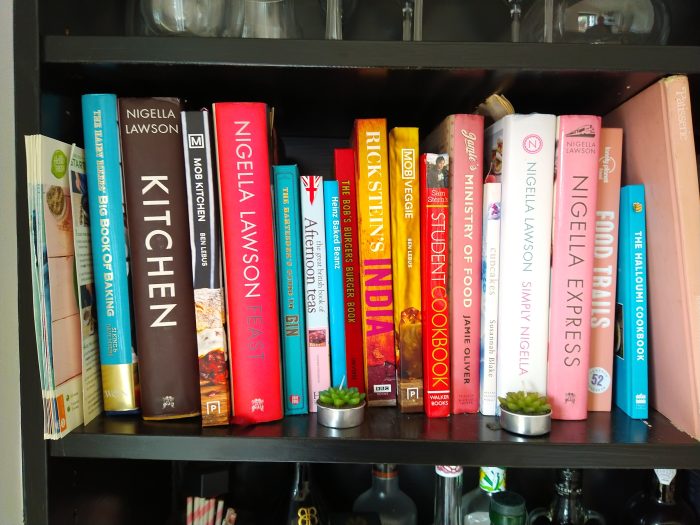 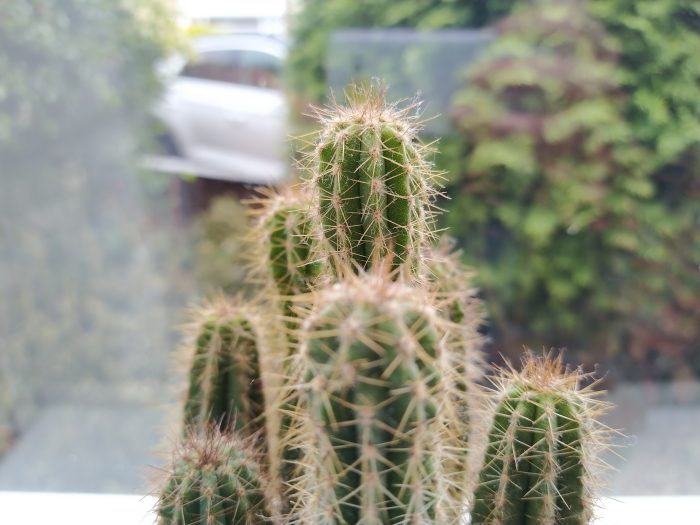 Dynamic range is average at best, and low-light photos are a similar mixture of muddy, pixelated grunge. Low-light is one area that the camera setup really falls over on the TCL 10L. Overall though, the flexibility here is pretty good. I wouldn’t be too frustrated, but it’s important to have tempered expectations from a smartphone that costs just $250. 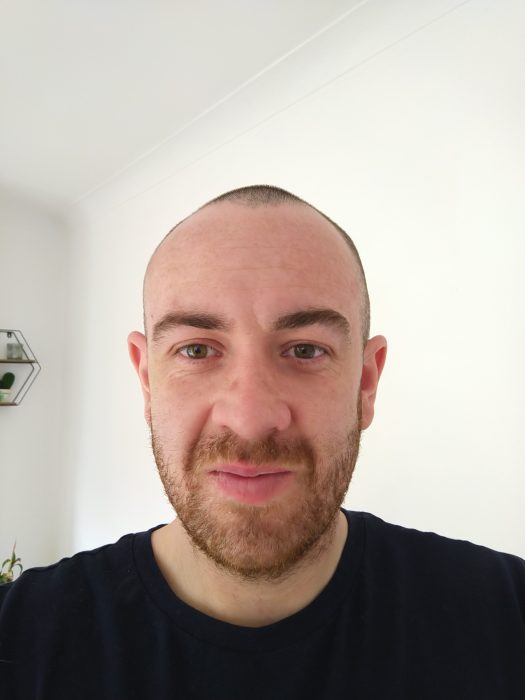 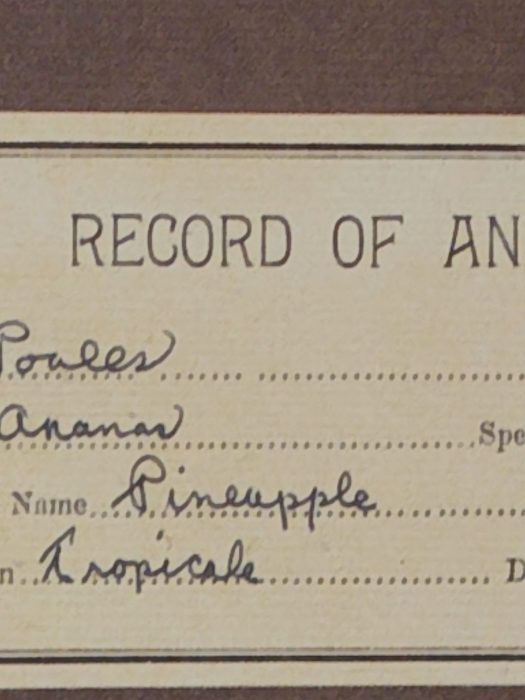 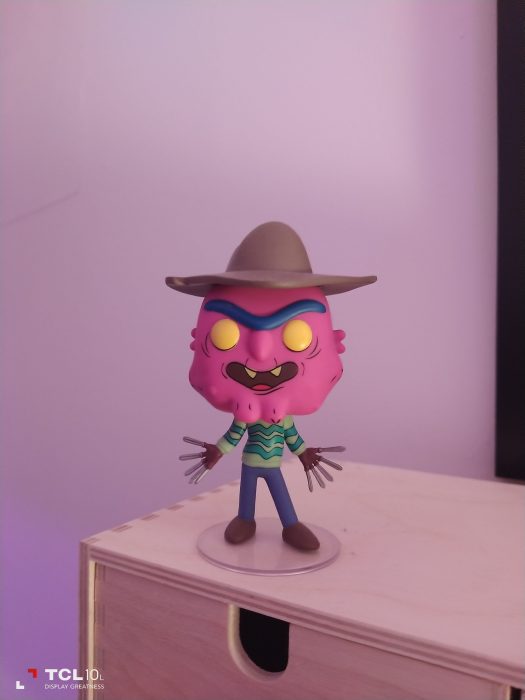 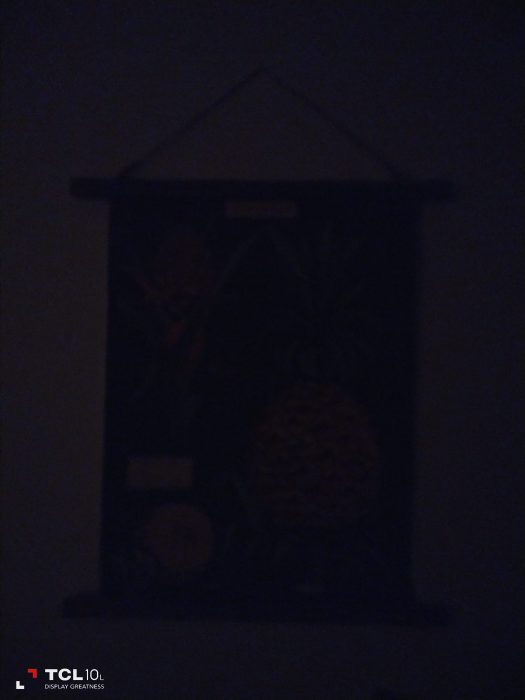 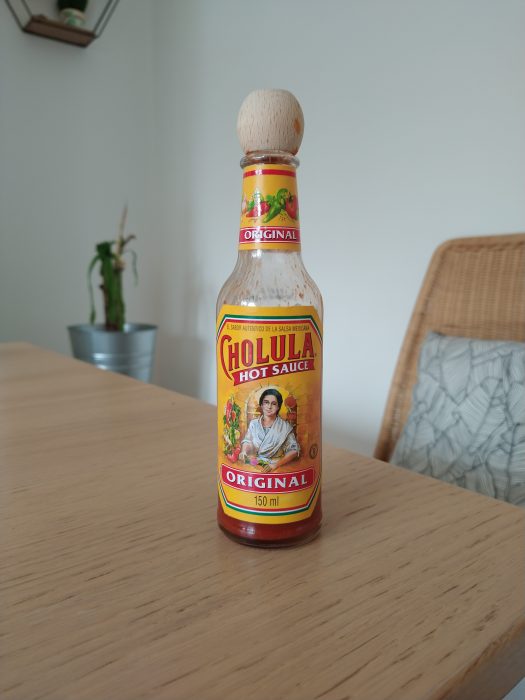 As a backup or a smartphone on hand for a friend or relative to use, the TCL 10L really is a lot of smartphone for under $300. As long as you aren’t going in expecting anything close to flagship-level performance, then I think you’ll be pleasantly surprised at just how good the TCL 10L is.

I’m still of the opinion that upping your budget ever so slightly will net you the far better Pixel 3a, but if your budget is tight, then the TCL 10L still very easy to recommend.