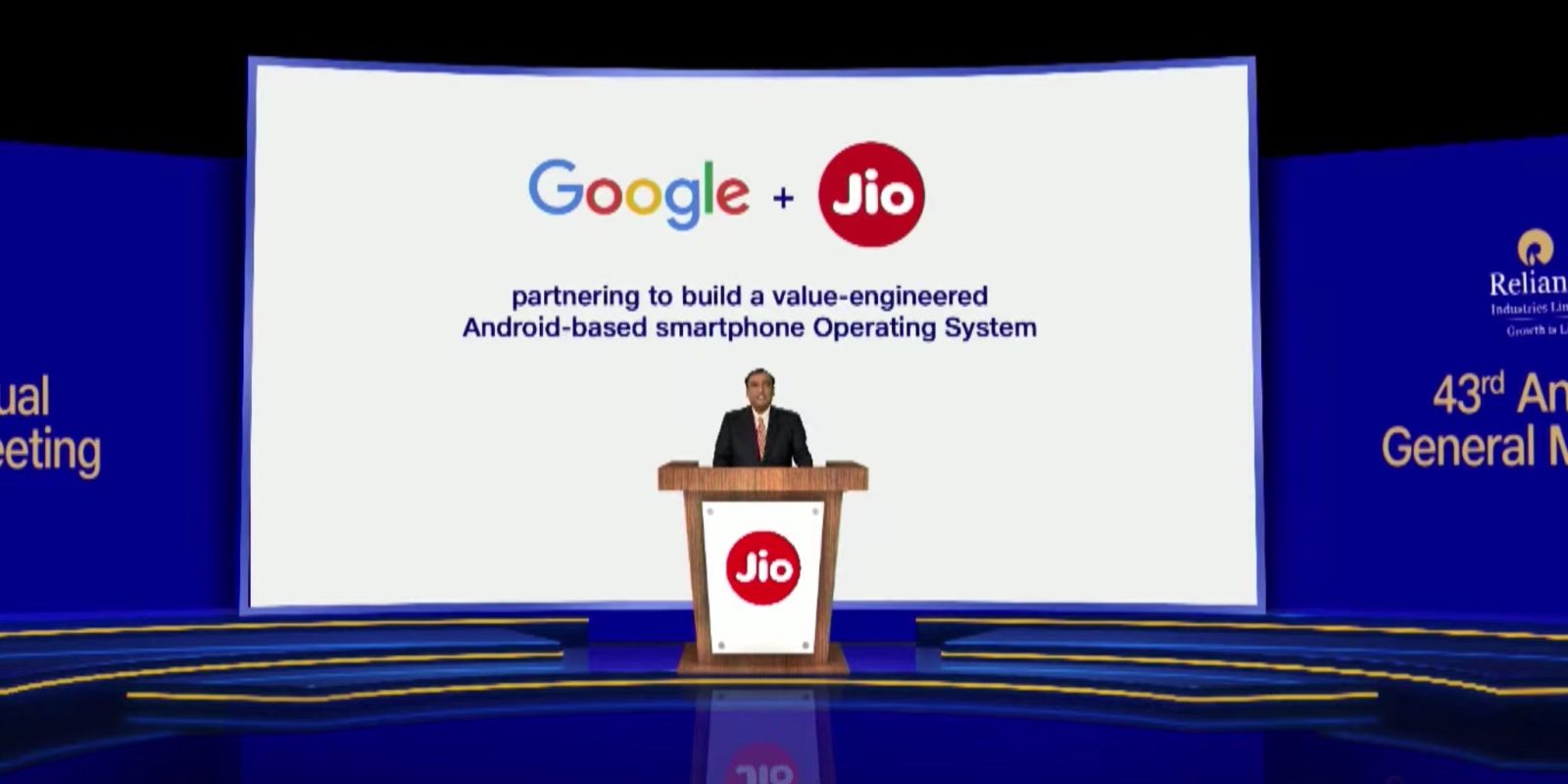 On Monday, Google announced that it would invest $10 billion in India’s digital economy over the coming years. The first move by this Google For India Digitization Fund is a $4.5 billion Jio investment and Android partnership.

The commercial agreement says that the two will “jointly develop an entry-level affordable smartphone.” JioPhones today are highly affordable smart feature phones running KaiOS that feature the Google Assistant and other services, but the Indian company is now setting its sights on smartphones.

It wants a 4G or “5G smartphone for a fraction of its current cost.” To do this, Jio says its needs a “value-engineered smartphone Operating System.” Google will make unspecified “optimizations to the Android operating system and the Play Store” to achieve this.

Together we are excited to rethink, from the ground up, how millions of users in India can become owners of smartphones. This effort will unlock new opportunities, further power the vibrant ecosystem of applications and push innovation to drive growth for the new Indian economy.

This looks to be separate from Android Go as those devices still come in at $100, while Jio feature phones are around $20 or less. More aggressive tweaks to the OS are likely required to run well on hardware at this price point, while apps will need to be similarly optimized. Given the size of the Indian market, this has the potential to bring Google services and Android to many more users.

We think the time is right to increase our commitment to India significantly, in collaboration with local companies, and partnership with Jio is the first step. We want to work with Jio and other leaders in the local ecosystem to ensure that smartphones—together with the apps and services in the Play Store—are within reach for many more Indians across the country

Google follows Facebook and many other companies with its INR 33,737 crore Jio investment, and takes a 7.73% stake.