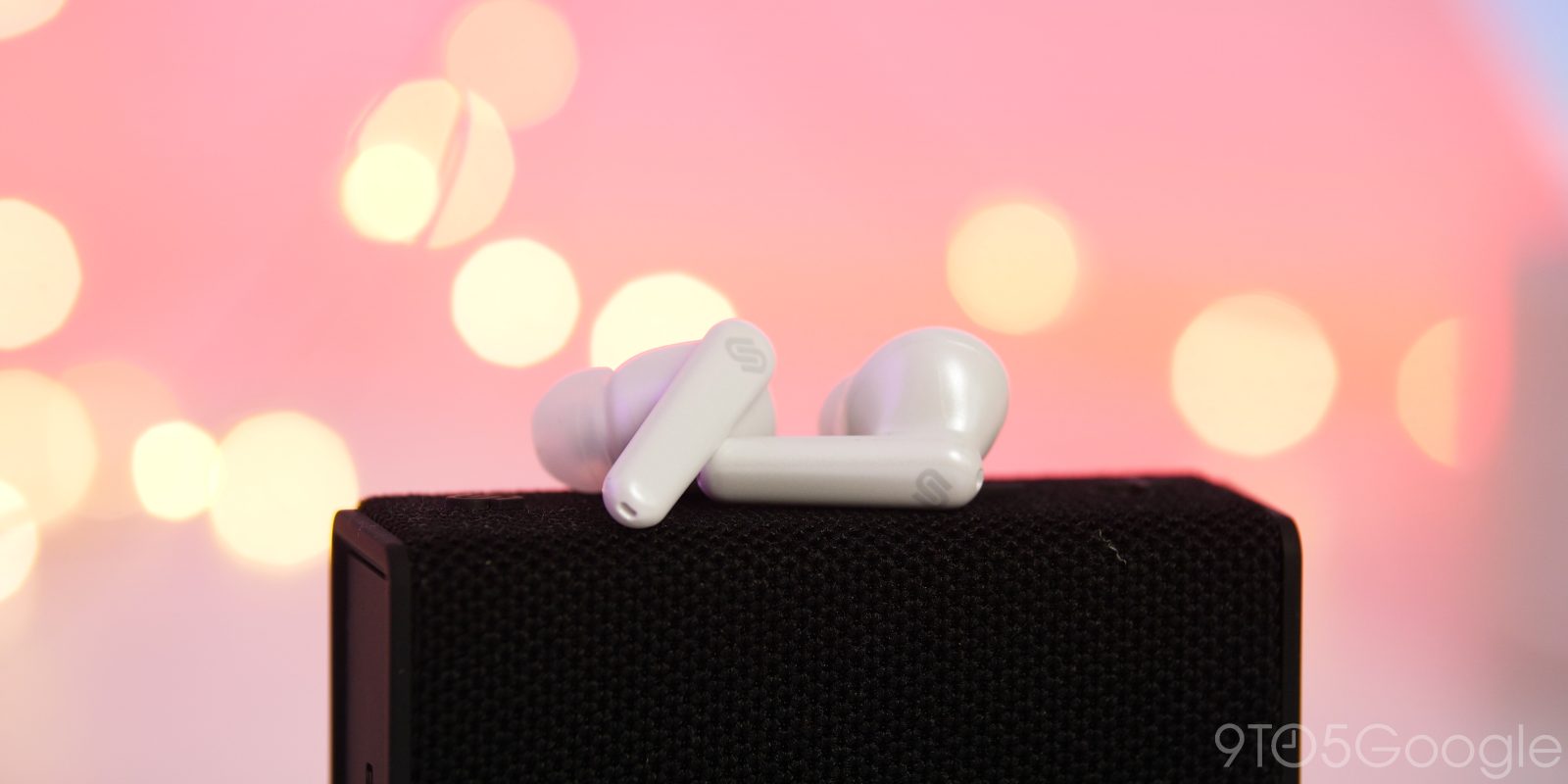 Apple’s influence in the world of smartphone audio accessories is undoubted. There is absolutely no denying where Urbanista took design cues for the recently released London earbuds.

Whereas the Urbanista Paris felt like a nice homage to the original AirPods, the London follow a much more closely aligned design path with the AirPods Pro. For people looking for a cheaper alternative that includes all the bells and whistles that come with Apple’s higher pricing, there has never been a better time to think about picking up a pair of Bluetooth buds.

ANC or active noise cancellation has existed long before Apple seems to have popularized the feature with their Pro earbuds. This is the first time that the Swedish firm has followed suit and added ANC to a pair of their truly wireless earbuds. With travel slowly starting to become possible, blocking out your surroundings is becoming a core feature that buyers are on the lookout for.

Quietly establishing a brand that focuses on aesthetics, rich features and low-cost is admirable, but just how well do the Urbanista London stack up against the competition?

Sans case, it’s eerie how closely the Urbanista London resemble the AirPods Pro. This is one sure-fire way to attain mass-market appeal and ergonomic shape is one that makes sense to mimic. It’s a tried and tested design that clearly works.

I actually love the shorter stem design from a stability and comfort aspect. Not having such long, dangling stems means the London feel slightly more snug. I personally swapped out the earbud tips for the largest provided though for a more “full” — and secure — fit as a result. With each earbud weighing just under 5g, they are impressively lightweight too.

The carry case includes USB-C and wireless charging capabilities, which are two important factors at this stage of 2020 for sure. Not having to worry about using a different cable means that you can just utilize an existing charger to top up the buds and case.

I can’t say I am a huge fan of the glossy pearl design, as I definitely prefer the matte finish of the Paris line. I have managed to pick up a few admittedly minor scuffs and scratches from slipping in and out of my pocket and leaving on rough surfaces. This might not be a problem if you pick one of the other color options.

Because design is so similar to the AirPods the fit is more or less the exact same. Each bud is pretty bulbous, probably more so than any other earbuds I’ve tried at this stage of 2020. If you have smaller ears, this might be an issue.

Once you find an earbud tip that fits snugly in your ear canal, you’ll find the London stable and secure. The stem helps stabilize them much better when fitted. I’d imagine this is great for people wanting a pair of earbuds for running and the gym — especially with an IPX4 rating.

The lack of fast pairing is undoubtedly going to be a bit disappointing for Android users but considering how simple it is to sync the London to your device, this is a non-issue. Just open the lid and head into your device settings to pair. Reopening the lid will instantly reconnect to the last device you paired with while pressing the in-case button will unpair and allow you to connect to other devices.

The crux of any headphones, there is no denying that the standard profile of the Urbanista London — like the Paris — leans heavily into bass. This becomes slightly more pronounced when ANC is activated, which makes the sound feel more “enclosed.”

Active Noise Cancellation is undoubtedly an acquired taste, especially the enclosed feel that it can have on some headphones. The noise-canceling on the Urbanista London is by no means class-leading, but it’s enough to block out the low drone of nearby traffic, generic office chatter, and I’d imagine takes the edge off air travel.

Urbanista enlisted the help of Axel Grell — formerly of Sennheiser — to tune the audio experience on these buds, and the result is controlled audio that manages to hit the mark more often than not. The 10mm drivers produce a nice crisp thumping bass, which is something I must say I am a fan of. That said, it is not overpowering within tracks that don’t rely heavily on bass don’t lack nuance.

With a brand name such as Urbanista though, it’s obvious that bass is bound to be a prominent component in these earbuds. The soundstage is reasonably wide and spacious, although, as you’d expect to an extent it feels far more enclosed when ANC is activated. I must say I prefer when active though, as it allows you to pinpoint the layers of specific tracks that bit better.

No genre feels off-limits with the Urbanista London though, which is probably the highest compliment I can give them. I’ve not really been left wanting across the board. Audiophiles will likely look elsewhere anywhere, whereas those just wanting a consistent audio experience will be pleased.

My biggest gripe is having to activate ANC every single time you pop the Urbanista London in your ears. It would be nice to have it active right away. Call quality is surprisingly solid given the shorter stem design, with the dual noise-canceling microphone managing to remove quite a solid amount of background noise.

Each earbud includes a sensor that is able to detect when you have them inserted into your ears. Removing an earbud will instantly pause any currently playing audio and then restart when you return to your ear. This has been a really nice addition for when I have wanted to pay attention to outside noises or speak to someone.

Unfortunately, Urbanista still doesn’t yet have a dedicated smartphone app for you to customize controls on the London earbuds. That means you’ll have to learn the following commands to get the most from them without reaching for your phone:

I’ve found the tap-based controls a little bit finicky and inconsistent at times, but they are overall pretty easy to grasp.

One area that is good but not quite as impressive on the Urbanista London is the battery. You’ll get around 25 hours with the carry case and buds full. The firm rates the buds for around 5 hours on a full charge, with the case providing 4 more full top-ups.

The carry case includes four white LEDs that will indicate the charge level of your earbuds. When placed on a charger these will flash. Although it’s a nice inclusion, I’ve found them a little inaccurate at times and just use them as a baseline rather than exact estimates of the remaining lifespan.

Now without ANC activated this isn’t far wrong at around 24 hours in my experience. Want to block out your surroundings all day? Then expect closer to 19 hours. In all honesty, this is probably enough for most people. If you need 5+ hours per day on a single charge, then maybe an over-ear pair of headphones might be a better purchase.

The Urbanista London are yet another competitively priced pair of earbuds from the Swedish audio firm. A lack of aptX codec might be disappointing but the sound profile is overall pretty decent — especially for bass heads.

Like any affordable alternative, there are a few minor flaws here and there. Considering that you get pretty impressive ANC for almost half the price of the AirPods Pro, decent design, and more color options, they are pretty good value at under $150.

Where can I get the Urbanista London earbuds?

You can pick up the Urbanista London earbuds at a number of online retailers — although they are just $149 direct from Urbanista.