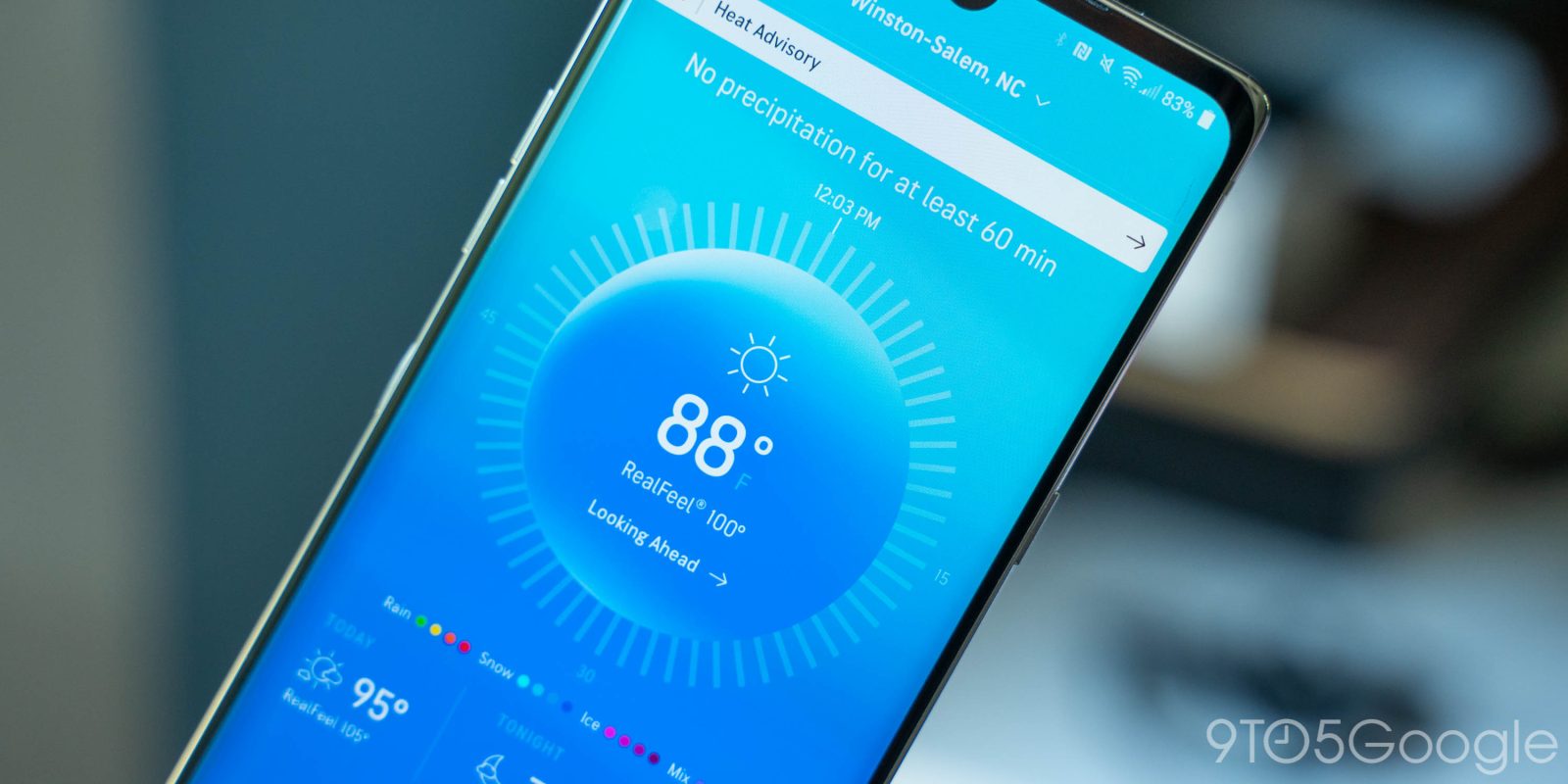 Weather apps might not mean a lot to you, but it’s hard to deny how useful a powerful weather app can be. For many Android users, Dark Sky was the go-to weather app for years, but following an acquisition from Apple earlier this year, the service is set to kill its Android app in just a couple of weeks. Now, AccuWeather is debuting a redesigned Android app that works as a solid replacement.

Back in March when Apple announced the death of Dark Sky for Android, AccuWeather quickly became my favorite replacement when I discovered the redesign that’s been in beta.

The updated AccuWeather brings the app’s signature “MinuteCast” hyperlocal weather alerts to the forefront. As soon as you open the app, you’ll be greeted with the current temperature and a ring that shows if it’s about to rain/snow within the next hour. Below that, you’ll also get in-depth information on the current conditions including allergy info, UV index, and more. There are also tabs for hourly and daily forecasts, as well as a radar tab.

As mentioned, this has been in beta for a while, but starting today, the updated app is rolling out to all Android users. It’s free and ad-supported by default, but a simple in-app purchase can quickly remove those ads.

The updated AccuWeather for Android is now available on the Google Play Store.

I’ve been using the redesigned AccuWeather for a few months now, and I’ve been very happy with it. I’m hoping this stable release will fix some of the few bugs I have been seeing, but overall I think most people will be very happy with this offering, even if it’s not quite Dark Sky. In fact, the only thing I really still miss about Dark Sky compared to this new AccuWeather is the notifications it would send for incoming precipitation. Luckily, that’s on AccuWeather’s radar.