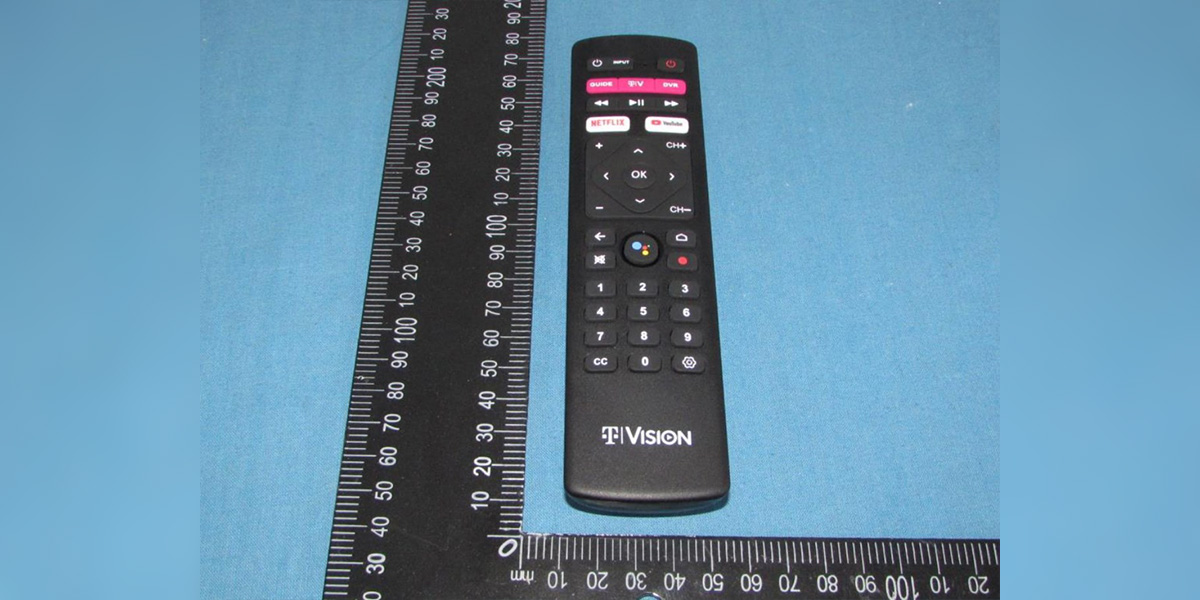 Google’s Android TV platform has been used time and time again by operators, and it seems another is about to join the fray. As evidenced by an FCC listing, T-Mobile is working on a new “T-Vision” device that appears to be running on Android TV.

While we can’t see the device itself in this early listing, the remote is pictured, and it tells us quite a bit about this project. For one, it’s made immediately clear that T-Mobile is building this Android TV device for its TVision service.

TVision is a home TV service that costs $90/month and uses a proprietary set-top box to get the service going on your various TVs through the home. Presumably, T-Mobile made the decision to make an Android TV device with TVision support in order to better serve customers who want both live TV and access to services such as Netflix, HBO Max, Hulu, and others. Verizon did the same thing.

On the remote, we can see that there are shortcuts for the TVision app, a channel guide, and a DVR. There are also volume and channel rockers alongside the D-Pad and shortcuts for YouTube and Netflix directly above. What makes it clear that this is an Android TV device, though, is the prominent Google Assistant button and the home/back buttons that line up with other Android TV remotes.

Beyond that, too, the documents also reveal that this hardware is being produced by SEI Robotics, a company with a long history of producing Android TV hardware. That also slightly implies that the hardware here will be an HDMI dongle since SEI also produces the AirTV Mini and TiVo Stream 4K. We’ll have to wait and see on that front, though.

Update 7/23: As suspected, T-Mobile’s upcoming Android TV device is in fact a dongle. More photos that appeared through the FCC show off the hardware, complete with more “TVision” branding. The dongle’s charging cable is also pictured, with a microUSB cable being used.

It seems, too, that SEI Robotics is recycling the basic hardware from its AirTV Mini here, as the manual from that device is somewhat hilariously attached to the FCC listing.

It’s unclear when T-Mobile plans to put this hardware on sale or how it will integrate with TVision’s pricing scheme.