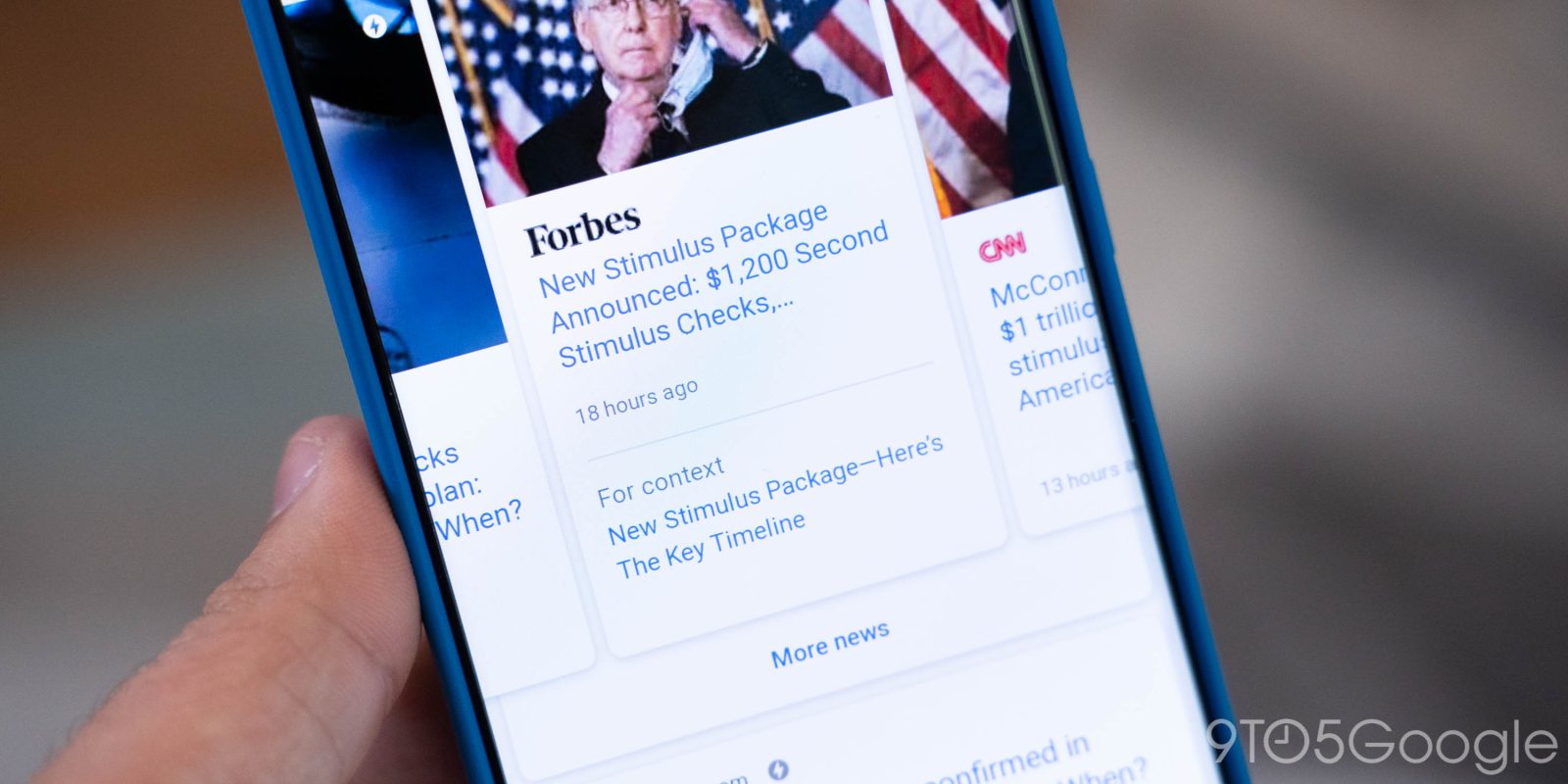 Alongside many Google search terms, you’ll find a row of “Top Stories” with news articles from various online publications. Now, Google is upgrading that section with a new “For Context” section on “Top Stories” articles.

SERoundTable first reported on this change, which appears to be rolling out to some users, myself included. When this new row triggers, it shows a second link to a separate but related story under the primary link. It won’t show for all stories in the carousel, and we’re not sure how Google decides which stories need a “For Context” addition.

So far, the best way to see this new feature in action is to search for “senate second stimulus package,” obviously a hot topic in the US right now. Under some links — in my case, an article from Forbes — Google shows another link. From the looks of it, Google may be using this “For Context” section to link a second story from the same publication in all cases as one Twitter user noticed the same behavior on a link from CNET.

This feature may also be limited solely to mobile devices as I can’t trigger it on a computer. It’s also unclear if it’s limited only to specific topics, and I’ve been unable to trigger it on other search terms.

Everyone benefits from this feature, too. Sites end up with two articles in the same slot and users get an extra link to check out that may better suit their interests. It’s unclear how widely this has rolled out.