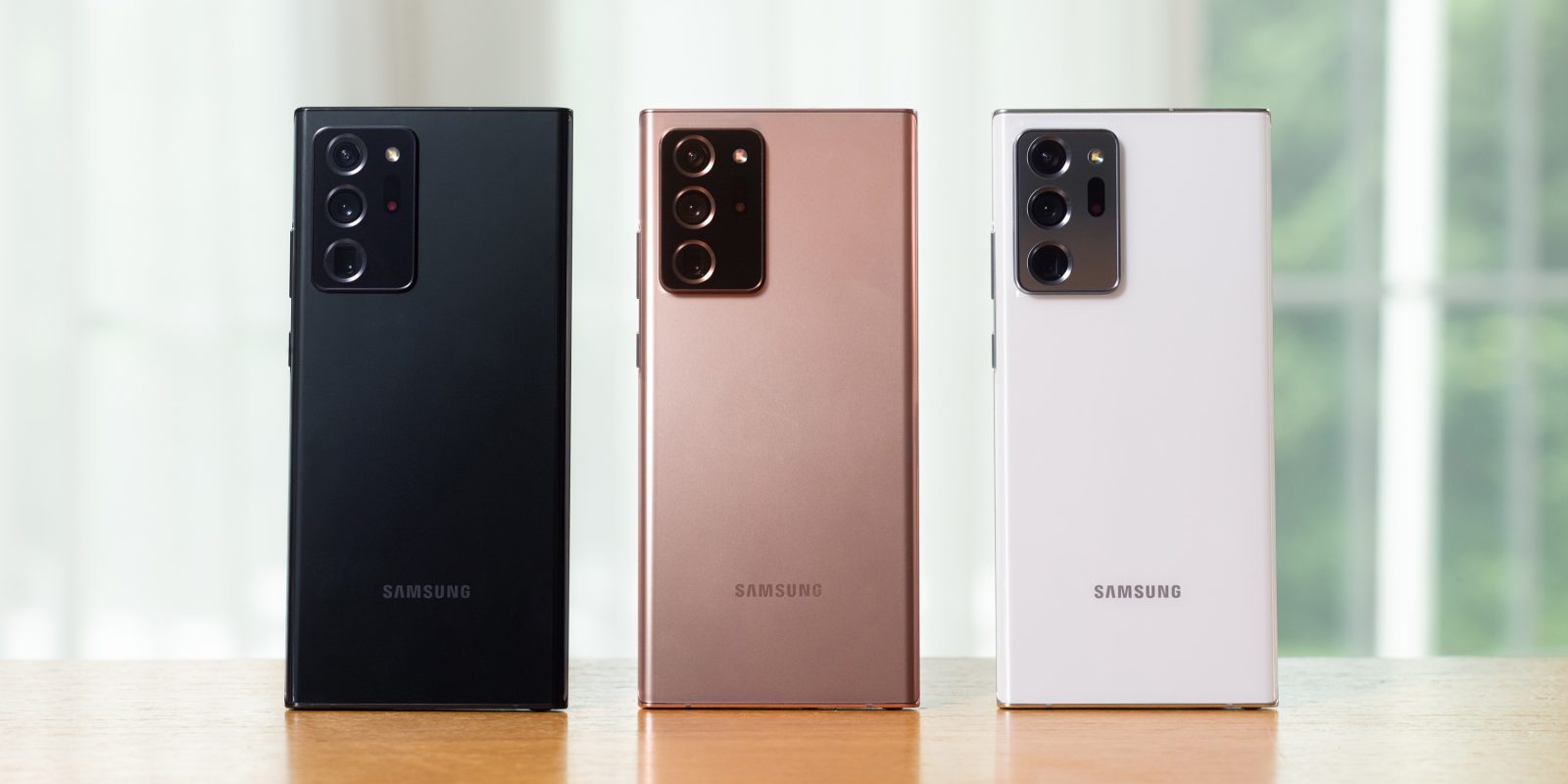 Samsung had a strong showing today at their Galaxy Unpacked event, showcasing the latest tablets, accessories, and, of course, phones. Here are the many, many ways to pre-order the new Samsung Galaxy Note 20 & Note 20 Ultra, and the best deals for each of them.

As the Samsung Galaxy series has become the essential Android smartphone and the biggest competitor to Apple’s iPhones, you can buy them just about anywhere that phones are sold. These days, the best way to buy any smartphone is unlocked, but the Galaxy Note 20 and Note 20 Ultra are also available to pre-order from nearly all major carriers.

Generally speaking, the Galaxy Note 20 has a starting price of $999. Meanwhile, just like the S20 series before it, Samsung is offering an ultra-premium Samsung Galaxy Note 20 Ultra. Having the best of the best, however, will cost you a massive $1,299 for 128GB of storage, or $1,449 if you want to have the larger 512GB storage.

To further incentivize pre-orders, Samsung is offering a credit — $100 for Note 20, $150 for Note 20 Ultra — to their own store, found in the Shop Samsung app. This should put you most of the way toward a set of the new Galaxy Buds Live that were also unveiled today, or at least put a dent in the Galaxy Watch 3’s $479 retail price.

All of that said, pre-orders don’t officially open for the Galaxy Note 20 series until midnight Eastern time on August 6, just a matter of hours from now. Meanwhile, general sales of the phones will start on August 21.

For the most part, buying unlocked is the best way to get a smartphone these days, but this isn’t always true for Samsung phones. Sometimes carrier-based Galaxy phones receive updates faster than their unlocked alternative, but not being locked down to one carrier is a good feeling.

On that note, the 5G capabilities of the Galaxy Note 20 series are not limited to any one carrier’s iteration of 5G, regardless of where you buy.

If you plan on trading a device, you can receive as much as $700 in trade-in credit from Best Buy — or $650 from Samsung — to put toward your Galaxy Note 20 purchase.

If you simply must buy your phone through a carrier, Verizon is the one to pick, especially if you’re buying for yourself and another person.

If you’re buying a Galaxy Note 20 or Note 20 Ultra, Verizon will give you a significant credit toward a second Samsung Galaxy Note 20 or even S20 series phone, down to as low as free depending on your Unlimited plan. Similarly, Verizon Unlimited customers can take an extra $500 off with trade in. Of course, these Verizon deals still stack with the up to $150 Samsung Shop credit above.

With an eligible trade-in, though, AT&T will include a $1,000 credit on that 30-month financing, effectively making the Galaxy Note 20 free or the Note 20 Ultra significantly discounted.

If you’re looking for an alternative carrier from which to pick up the Galaxy Note 20, there are quite a few others to choose from.