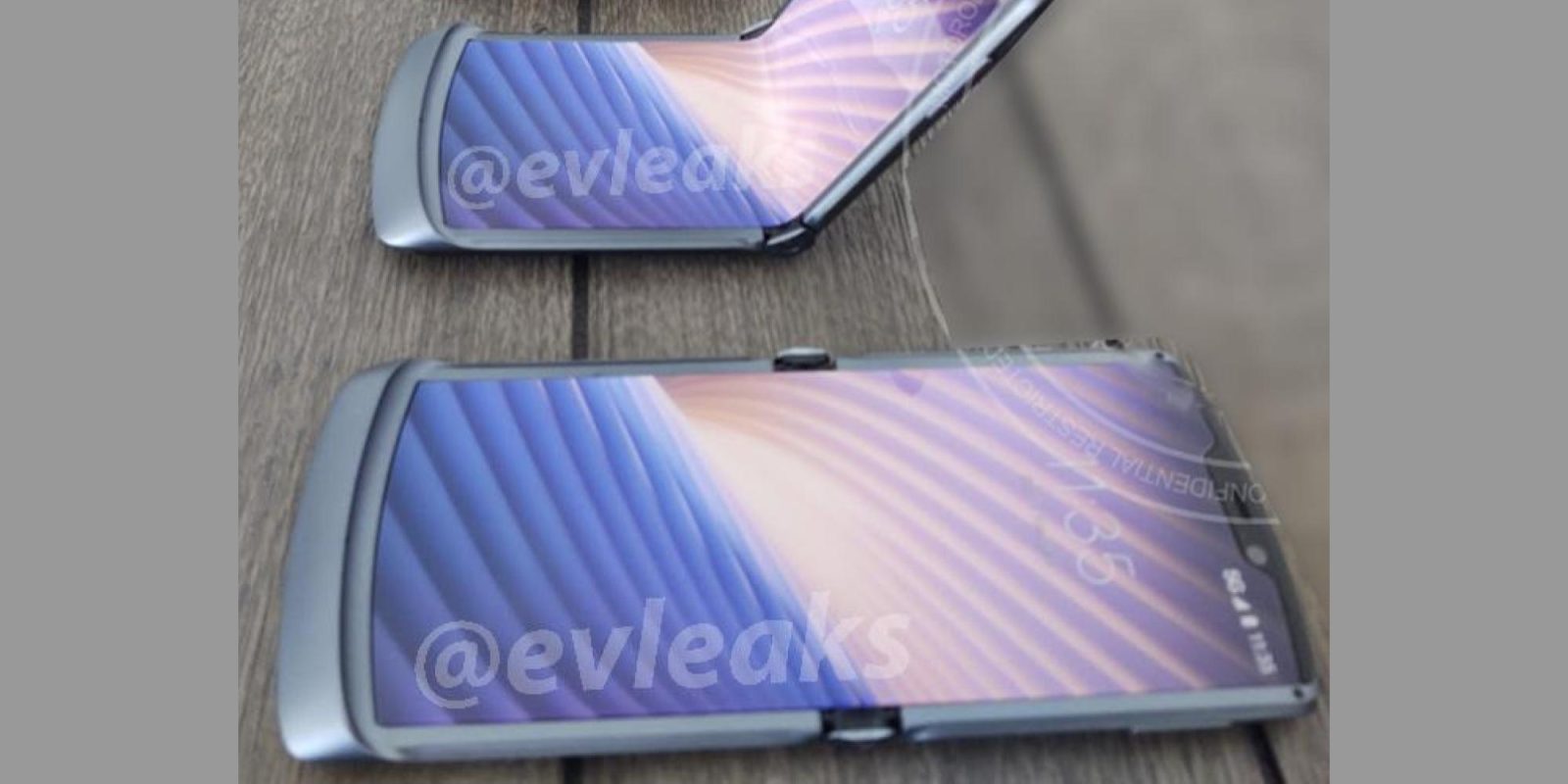 The first wave of flip phone-style Android Foldables did not make too much of an impact. After the first-generation Motorola Razr launched, the company more or less confirmed it was working on a successor, and the design of that “Razr 5G” might have just leaked.

Original 7/27: Evan Blass (@evleaks) today posted a picture of the “Motorola RAZR 2020 (a.k.a. RAZR 5G / Odyssey).” These look to be 3D renders, and you can faintly make out a “MOTOROLA CONFIDENTIAL” seal.

The general form factor — especially when open — is unchanged, and the hinge mechanism stays the same. The display notch above looks ever so slightly shorter, while the camera lens is somewhat more pronounced. At the bottom, we see a smaller, smoother hump and oddly no fingerprint sensor.

The middle render suggests that this Razr 5G can be used at a right angle. This matches the Galaxy Z Flip, though this device is positioned more at a ~100-degree bent. You can see the screen at the center curve inward as part of Motorola’s approach to crease-less foldables.

The device furthest in the distance shows off the biggest, albeit still minor, change: a very pronounced camera bump. The current Razr is already raised, but this takes it a step further, especially as seen in this side angle. The closed shape is much more of a design departure from the original 2000s flip phone with a sloping hump that starts from the top half.

The screen looks to be slightly larger and more edge-to-edge, while we can faintly make out a button on the right edge. It’s unclear where Motorola is putting the fingerprint sensor. It could be on the other side or be an in-display reader.

Meanwhile, a specs leak earlier this year suggests a Snapdragon 765 processor paired with 8GB of RAM and 256GB of storage. A 5G device — with such a badge seen in the status bar confirming, it will have a larger 2,845 mAh battery and 48MP primary camera sourced from Samsung, as well as 20MP selfie shooter. A launch with Android 10 is expected later this year.

Update 8/22: Blass today is back with a GIF showing the Moto Razr 5G opening and closing. We get a more “live” shot of this device and the outer display’s rounded corners, with the notorious leaker previously noting that the phone could be available on AT&T this time around.