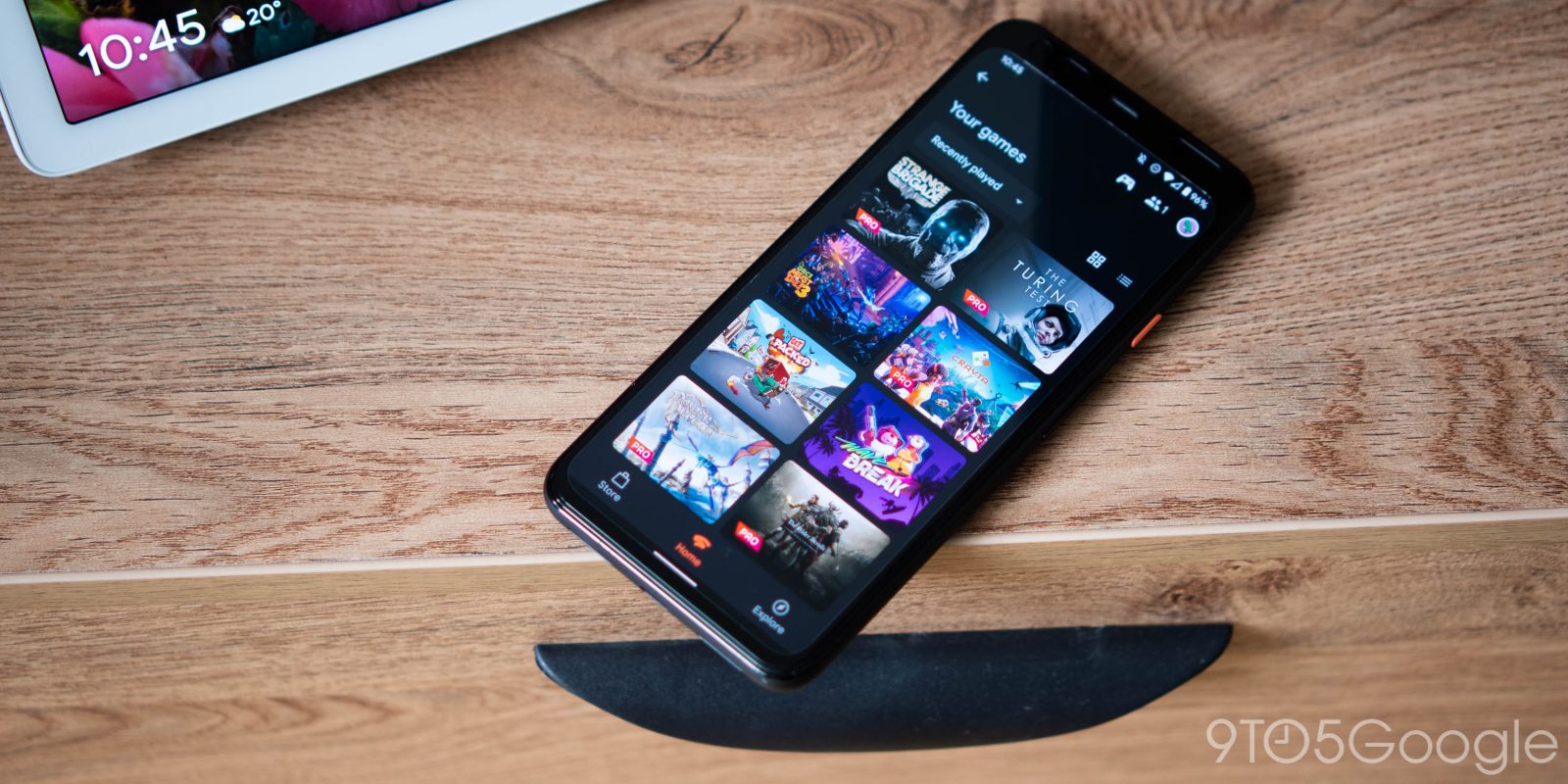 After adding five Pro games last month, August sees a slight increase to six titles. This Tuesday will see all the games come to the $9.99 membership, starting with Stadia exclusive Super Bomberman R Online ($9.99). Announced at the July Connect event, this battle royale-style game supports up to 64 simultaneous players. It is one of the first titles to feature Crowd Play where YouTube streamers can invite fans to play.

Drop bombs and collect power-ups to blast your way through SUPER BOMBERMAN R ONLINE! You can compete against up to 64 players from around the world in this explosive survival battle. With the new BATTLE 64 mode, move from one area to another and blast away your rivals in an epic online survival battle! Fight your way to the end and outlast all other players to be BOMBER ONE!

Announced in April, Gunsport is the other “First on Stadia” game today and offers 2v2 team battles to keep a ball afloat and score.

Hitman and Hello Neighbor are September’s “New on Stadia” titles, with both announced in July. Rounding out the list is Metro Last Light Redux ($19.99) and Early Access game Embr ($19.99), which we reviewed:

Through the course of the game, you’ll run headlong into burning buildings to rescue helpless(ly preoccupied) civilians. To help in your rescue missions, you bring a loadout with your trusty water hose and a veritable Batman utility belt worth of tools and upgrades, such as a client finder which reveals the location of people to rescue or more…situational ones like a hairdryer or a Corsair-branded axe complete with RGB.

Compared to a single game departure in August, this month sees three titles leave Pro: Kona, GRID, and Get Packed. The count will stand at 26 titles after the additions/subtractions:

The latest Pro titles go live at midnight PT. You can visit the Store on Android, iOS, or web to claim the Stadia Pro September 2020 games. They will join the Pro games carousel, or you can manually look for the listing.