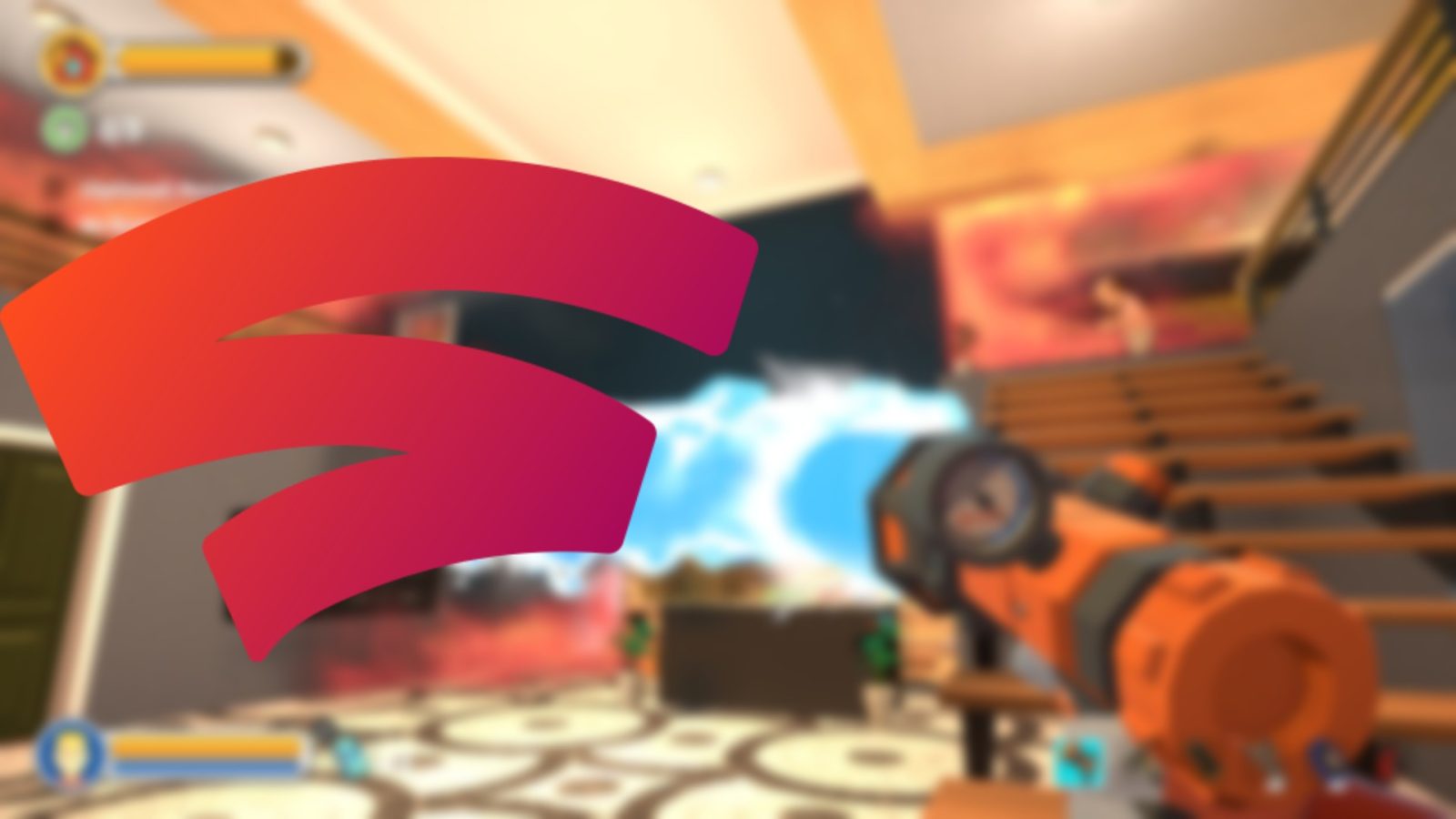 During the most recent Stadia Connect, Google showed off three new First on Stadia titles, including Embr, a game about firefighters being an app-based service instead of a public offering. I got a chance to play and review Embr over the weekend, and it’s genuinely a fun game with a few caveats from being an “Early Access” release.

The core concept of Embr is pretty well explained by the game’s tagline — “Über firefighters.” After a fun little career fair to act as a tutorial for the Embr’s concepts and controls, you take on the role of a “Respondr,” an on-demand firefighter who works for tips and strives to get a good review.

Through the course of the game, you’ll run headlong into burning buildings to rescue helpless(ly preoccupied) civilians. To help in your rescue missions, you bring a loadout with your trusty water hose and a veritable Batman utility belt worth of tools and upgrades, such as a client finder which reveals the location of people to rescue or more…situational ones like a hairdryer or a Corsair-branded axe complete with RGB.

You’ll need to buy each of the tools you want through playing and replaying levels to earn money for each rescue. Like any other app-based service, you can go above and beyond to earn a better tip through optional objectives, typically retrieving enormous piles of cash.

The ridiculous premise is matched with equally ridiculous physics and gameplay. A key aspect of rescuing clients is picking them up and throwing them, which is exactly as fun as it sounds! Regardless of how high up you’ve thrown them from, if a client lands in the rescue zone or on a trampoline, they’ll be A-OK! Of course, there are hilariously morbid consequences if you miss.

Where rescue missions act as the central gameplay, there are also escape missions that drive Embr’s storyline. The overarching plot of the game, at least in the portion offered at this point, is that you’re competing with another firefighting app, Hosr.

Rather than being a simple parallel to Lyft to your Uber, though, there are special missions where Hosr essentially kidnaps you (with a fake job request) and forces you to escape from a burning building or die. These escape missions are an absolute blast, forcing you to think on your feet to solve puzzles (either the hard way or the smart way) before time runs out.

This story concept is made all the more ludicrous by Hosr’s CEO simply being a Canadian stereotype cranked to 11, with a heaping helping of jokes about “socialism.” These unexpected moments started out genuinely hilarious, but quickly became predictable and flat. In spite of this, I believe the Embr campaign thus far has set the stage for interesting things to come, and I’m excited to see what else Hosr has in store for my Respondr.

Each level has its own unique item hiding spots and clever surprises, some of which you may not discover until your third or fourth playthrough. Combined with the incredible variety of tools you can use, every level of Embr is a blast to play and replay.

That fact is a necessity in Embr’s current Early Access state, with only a handful of rescue missions currently available. In fact, I was able to beat the currently available levels for Embr in a single evening, though not always with a perfect rating.

On that note, the limited selection of levels means the difficulty curve is steep, moving swiftly from fun & easy levels to intense, somewhat strategic challenges. In fact, sometimes genuine firefighter thinking comes in handy on a level. For example, on at least one level, you can eliminate many hazards by turning off the building’s main power switch.

These harder levels expose a set of bigger problems with Embr. On most levels, you can’t get a five-flame rating without saving everyone in the area, which means if someone dies you might want to start over. Unfortunately, Embr does not yet offer a way to quickly reset a level and try again. You’re forced to abandon the job, return to the main menu, and select the level again.

This process is made all the more frustrating by lengthy loading screens, sometimes taking well over a minute to load. Thankfully this should just be a quirk of the early access, as restarting the game seems to speed things up for a time.

Luckily, you can bring along a crew of up to three more fellow firefighters to help offset the difficulty. I was able to try out Embr’s multiplayer with our own Damien Wilde, and we made short work of nearly anything the game threw at us. By putting Damien in charge of rescuing folks, I was able to focus more on sleuthing out secrets and money stashes. With the insane amount of tools and upgrades available in the store, I’ll be intrigued to see what a team of four is able to accomplish.

While Embr is branded as a “First on Stadia” game, in this case, that means Stadia is the only console that Embr is releasing on, but the game is also entering early access simultaneously on Steam. Even better, cross-play is enabled, meaning Respondrs on Stadia and PC can play together easily.

All in all, Embr’s Early Access has a strong foundation, one you’ll need to trust Muse Games to build upon to make something truly great. With a discounted launch price of $14.99, Embr in its current state offers at least a few nights of fun, but you’ll definitely want to bring a friend to get the most out of it. That said, I wouldn’t blame you for holding out for a few major updates before pulling the trigger on Embr.

You can pick up Embr in the Google Stadia store as well as Steam starting May 21st.