Google Doodle celebrates Labor Day 2020 in the US 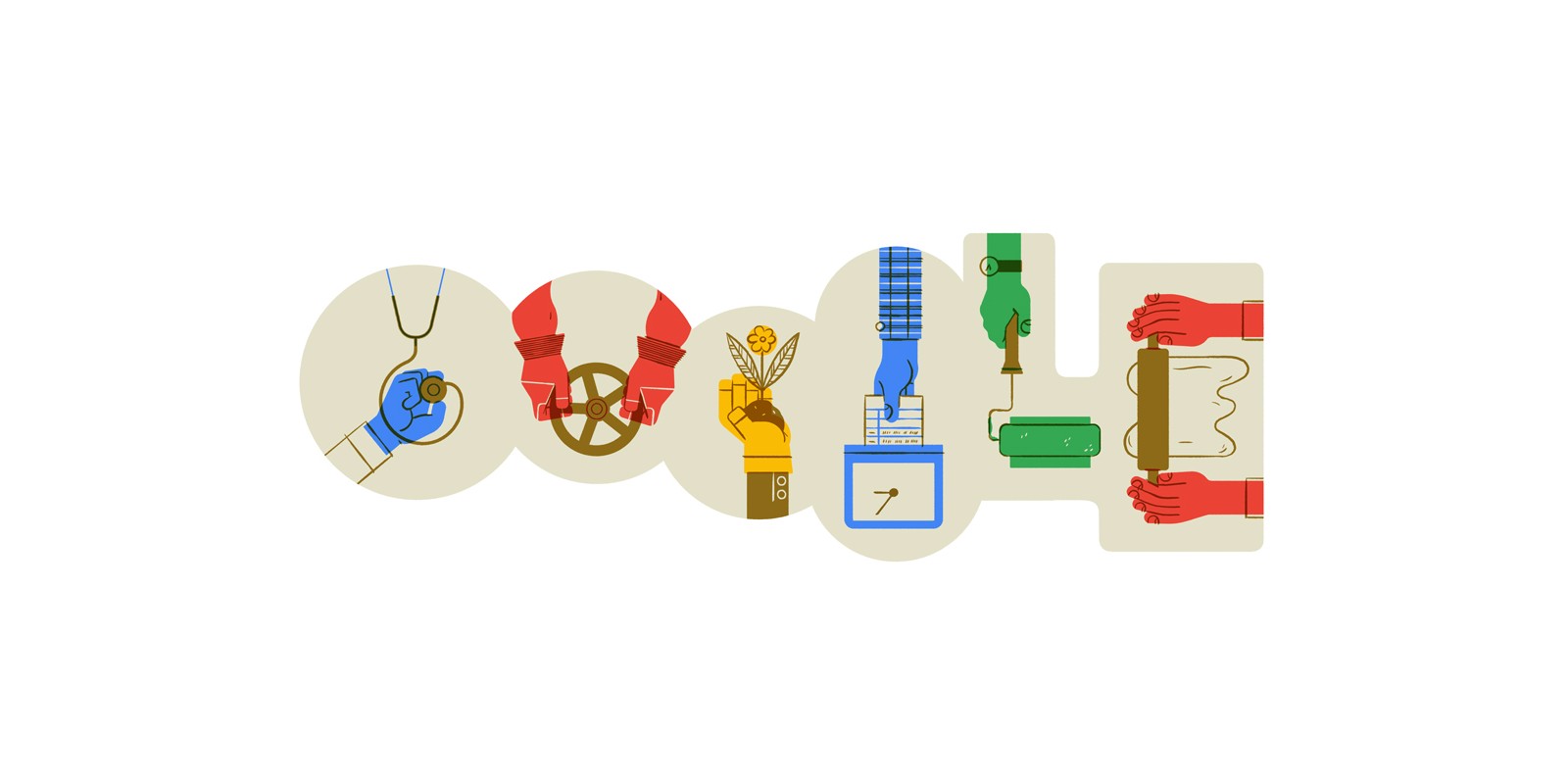 It’s Labor Day today in the US, and this morning’s Google Doodle celebrates everyone’s day off by honoring those who work hard every day to keep our lives running smoothly.

Each letter of “Google” in today’s Google Doodle represents one small segment of the enormous workforce. The first “G” represents the doctors, nurses, and other medical professionals keeping us all healthy, especially in this time of crisis. The two “o”s represent those in the mechanical field and those who tend to nature, respectively.

The lowercase “g” in Google stands for those who clock in and out of an office every work day — working 9 to 5, if you’ll forgive the pun. The “l” depicts a painter, but could be interpreted to broadly represent construction workers. Similarly, the “e” shows a baker rolling dough, but can represent those who put hard work into making meals for others.

In honor of this national holiday, today’s Doodle highlights just a few of the countless professions that each play a vital role in our society.

Thank you to all the hard-working laborers across the nation.

No matter what your labor may look like, we hope you’re able to take time off on this Labor Day, both to relax and to celebrate your fellow worker.

This morning’s Labor Day Doodle actually premiered earlier in the year. In many other parts of the world, including France, Germany, and Mexico, Labor Day is celebrated on May 1st, and is also known as May Day or International Workers’ Day.

Elsewhere in the world today, Google’s homepage in Brazil is celebrating with a Doodle for Brazil Independence Day, also known as Dia da Pátria. Meanwhile, visitors of the Google homepage in Japan and South Korea today are entreated to a Doodle celebrating Korean poet Kim Sowol.