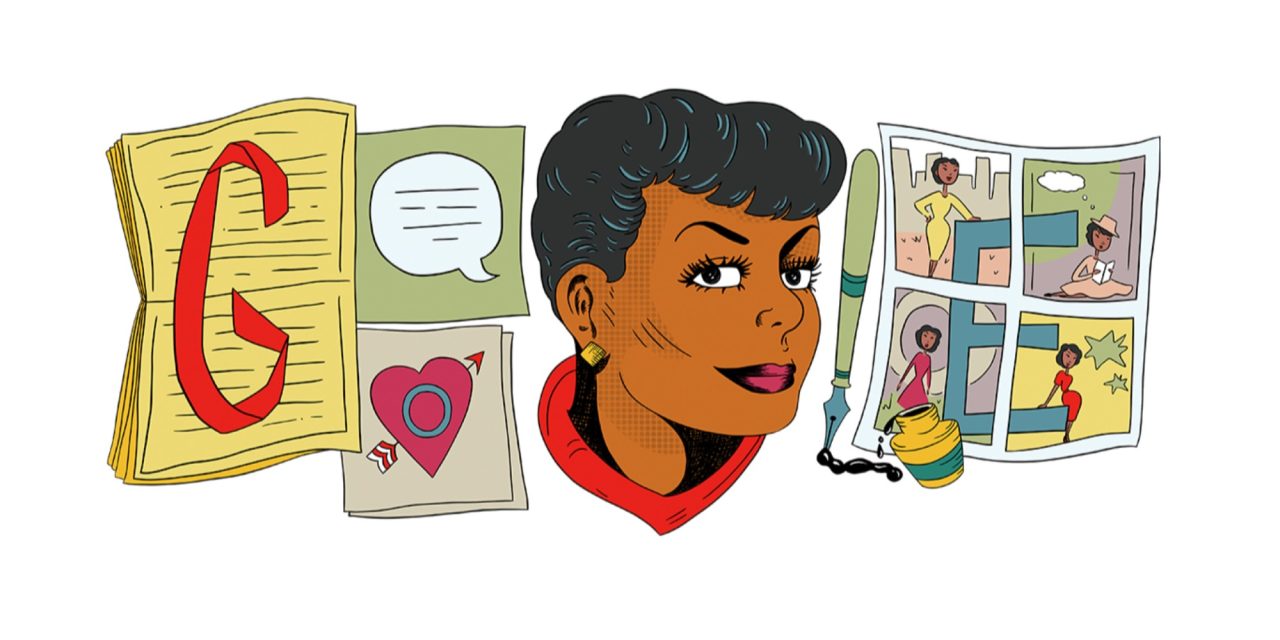 To celebrate the 75th anniversary of the first publication of the comic strip Patty-Jo ‘n’ Ginger, today’s Google Doodle honors the life of its creator, Jackie Ormes — through a comic, of course!

The parallax-animated comic strip offers a glimpse into the story of Jackie Ormes, born Zelda Mavin Jackson, at various stages of her life, starting with her upbringing in Monongahela, PA. It was there that Ormes learned to draw and got her first start at professional cartooning through caricatures in the Monongahela High School yearbook.

After a few years of working at respected Black newspaper the Pittsburgh Courier, in 1937 Jackie Ormes was given the chance to have her own comic strip published. This became Torchy Brown in Dixie to Harlem — the first nationally-published comic created by a Black woman — which balanced humor with the harsh realities faced by those moving north to escape racism.

One of Jackie Ormes’ later comics, Patty-Jo ‘n’ Ginger ran from 1945 to 1956, and inspired a run of Patty-Jo dolls, styled after the comic’s younger main character. These Patty-Jo dolls were groundbreaking in their own right, as the first Black dolls in America with high-quality clothes.

In an accompanying interview, we learn that the artist, Liz Montague, took significant inspiration from Jackie Ormes’ work throughout her career.

Her work is so timeless, too. I read her cartoons today, and I feel so seen! The illustrations are immaculate, the humor is witty, the social criticism is bitingly accurate—her work is just the total package. She is why I create cartoons as social justice and why I feel valid doing it. Jackie is a genius and paved the way for so many of us as a pioneer in the cartoon and illustration world.

Elsewhere in the world today, Google in the UK is celebrating another incredible figure in Black history, Dr. Harold Moody, the founder of England’s first civil rights movement, and the Google homepage in Japan is dedicated to feminist and novelist Aya Kōda.