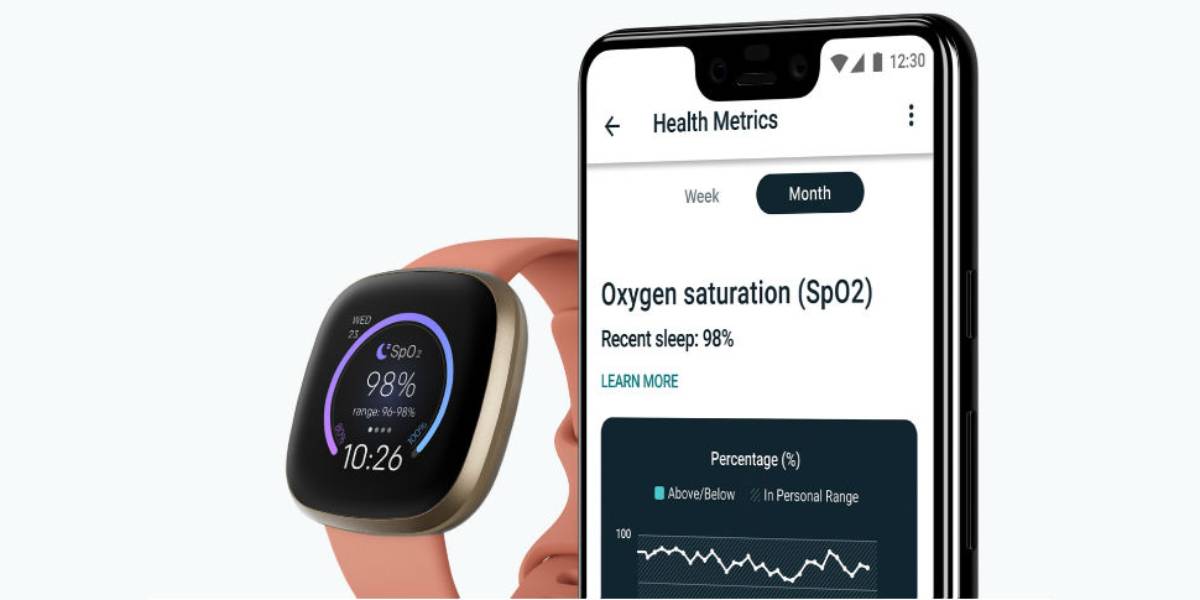 Ahead of the launch of its latest hardware, Fitibit is giving Ionic and Versa owners a handy new watch face. Available now, the Fitbit SpO2 Signature clock face helps you keep an eye on your blood oxygen levels at a glance.

In a post today, Fitbit explains how it tracks blood oxygen saturation using its Ionic and Versa smartwatches. That process essentially boils down to the color of blood being darker when it is deoxygenated. As a result, Fitbit can use infrared light to get an estimate of your blood saturation level.

Fitbit points out that this measurement shouldn’t be used for medical purposes. Rather, the company suggests it should be used to detect changes in the levels.

With this new clock face, Fitbit will show your SpO2 average and range around an hour after you wake up in the morning, assuming you wore the watch overnight. It’s a neat design, too, which puts the time at the bottom of the face and the date up at the top.

This new SpO2 clock face is available for Fitbit Ionic, Fitbit Versa, Versa Lite, and Versa 2 as well. When they arrive later this month, too, Fitbit Versa 3 and Sense will be able to use the same clock face. Later in 2020, Fitbit is teasing more faces to show SpO2 data.