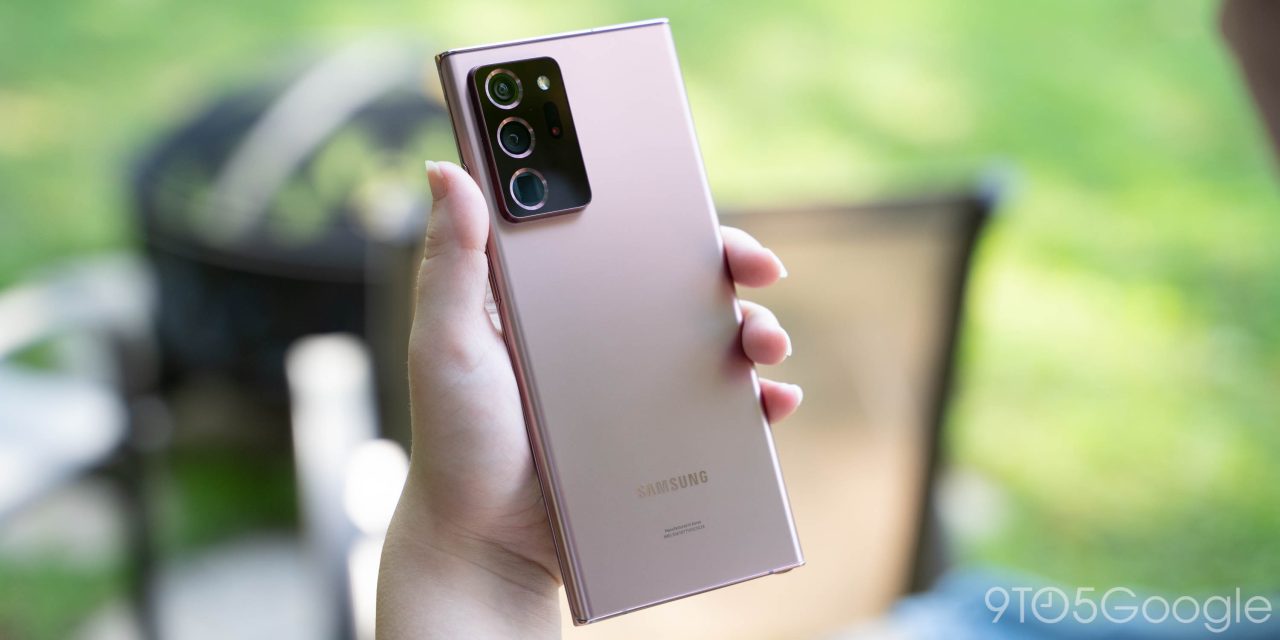 Today’s best deals include the Samsung Galaxy Note 20/Ultra at $200 off, plus a new all-time low for the OnePlus 7, and Samsung SSDs are on sale. Hit the jump for all that and more in today’s 9to5Toys Lunch Break.

Amazon is currently offering the unlocked Samsung Galaxy Note 20 5G 128GB Android Smartphone for $800. Score the Note 20 Ultra for $1,100. In either case, you’re looking at a $200 savings and the first price cuts to date at the retailers. While we’ve seen carrier promotions and bundle deals, today’s offer marks the very first cash discounts since being released in August. As Samsung’s latest flagship handsets, you’ll enjoy an up to 6.9-inch AMOLED 2x display with a hole punch 10MP selfie camera design. The 128GB of storage is supplemented by 12GB of RAM as well as support for microSD card expansion. And around back, there’s a triple camera array, which completes the notable features alongside S-Pen support.

Today only, Woot offers the OnePlus 7 Pro 256GB in Nebula Blue for $430. As a comparison, it originally sold for $699 and we’ve most recently seen it at $450. Today’s deal is a new all-time low. Note: This model is for GSM LTE and Sprint networks only. The OnePlus 7 Pro delivers a 6.7-inch AMOLED display that’s covered with Gorilla Glass and powered by a Qualcomm SM815 Snapdragon 855 processor. You’ll also find 48, 16, and 8MP lenses on this model as well, delivering quite a bit of functionality for avid photographers.

Amazon is currently offering the Samsung T7 Touch Portable 500GB Solid-State Drive for $110. Typically fetching $130, today’s offer matches our previous mention for the all-time low tracked only once before and saves you 15%. As one of Samsung’s latest storage offerings, its new T7 Touch SSD touts a portable form factor that delivers 1,050MB/s transfer speeds over its USB-C connectivity. Everything is housed within a shock-resistant case that can withstand drops of up to 6 feet and a built-in fingerprint sensor brings added security features into the mix.

Amazon is currently offering the new Fitbit Sense Advanced Smartwatch for $306. Slated to launch with a $330 price tag on September 25, today’s discount marks the first price cut since it was announced at the end of August and is subsequently a new all-time low. As Fitbit’s latest addition to its roster of fitness trackers, the new Sense Smartwatch delivers up to 6-day battery life alongside built-in GPS, always-on AMOLED display, and NFC. There’s also the introduction of ECG capabilities, as well as other new fitness tracking features like stress, skin temperature, and mindfulness to go with the usual batch of exercise stats and the like. Dive into our launch coverage for all of the details.

Amazon is currently offering the Samsung Galaxy Buds+ True Wireless Earbuds for $110. Usually selling for $150, today’s discount scores you over 26% in savings, beats our previous mention by $4, and brings the price down to a new all-time low at Amazon. Samsung delivers a true wireless form-factor with its Galaxy Buds+ complete with an Ambient Sound mode that cuts out distracting noise around you. The earbuds pack 11-hours of battery life per per listening session, which jumps to 22 with the included Qi-enabled charging case. Other notable features here include built-in touch controls, a 2-way dynamic driver system, and more. Learn more in our hands-on review. Head below the fold for more.