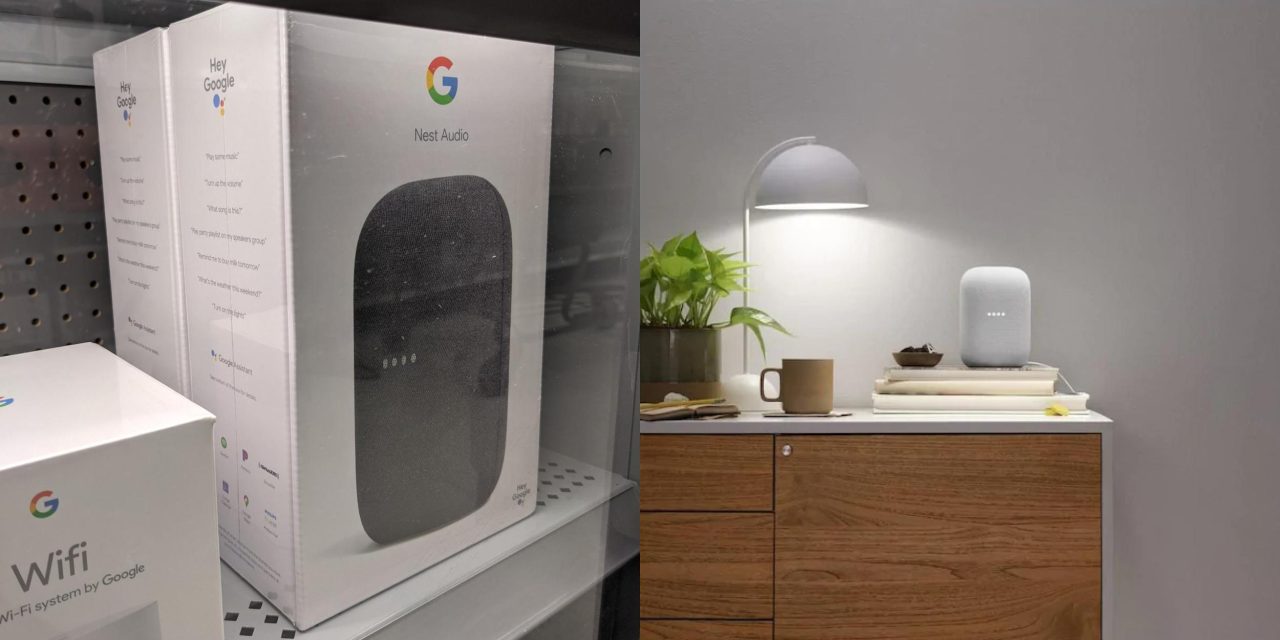 Last week, we learned the name of Google’s upcoming smart speaker, while official renders also emerged. With seven days to go until the official announcement, the Nest Audio has been spotted on store shelves as well as the packaging for Chromecast with Google TV.

One Twitter user this evening shared a picture of a Charcoal Nest Audio at Walmart. The retail packaging is quite straightforward and matches recent smart home products from Made by Google.

Above the smart speaker is a large Google logo and “Nest Audio.” The bottom-right corner features the “Hey Google” branding that has increasingly been used in lieu of “Assistant.” Like past devices, Google highlights available commands and third-party integrations from Spotify to Philips Hue, while also noting Calendar and Maps.

Most retailers prevent shoppers from buying unreleased products, while it’s unknown whether the Google Home companion app has been updated to support pairing.

A Lowes product page (via WinFuture’s Roland Quandt) this evening also provides additional confirmation of the name and a $99.99 price point. We see official product images that show the 6.89 x 4.88 x 3.07-inch speaker placed next to other household objects. The listing makes note of “Smart sound,” which is Google’s adaptive technology that adjusts output to the current room/environment and debuted on the Home Max.

Meet Nest Audio. Hear music the way it should sound, with crisp?vocals and powerful bass that fill the room. Just say, “Hey Google” to?play your favorite songs from the streaming services you use most or?get help (1).??And create a home audio system with your other Nest speakers, just like that. Listen in stereo sound or all around the house (2). Or say, “Hey Google, move my music to the bedroom speaker,” and it?follows you.??Nest Audio is designed to fit right into your home. And it looks as amazing as it sounds.?Nest Audio requires Wi-Fi, a nearby electrical outlet, a Google Account, and a compatible mobile device. Minimum OS requirements are available at g.co/home/req.??(1) Music subscriptions may be required.?(2) Compatible smart devices required.

This leak, tied with the fact that the Nest Audio is already appearing at stores a week before the event, suggests that it could go on sale shortly after the September 30th launch.

Meanwhile, similar packaging for the Chromecast with Google TV — revealing a new logo — has also emerged in a leak on Reddit (via Android Police). According to the bottom label, this product is just called the “Google Chromecast,” while the “Google Chromecast Voice Remote” looks to be powered by AAA batteries. Rumored to cost $49.99, other specs confirmed include 4K and HDR.

Google TV puts all your entertainment in one place, so it’s easy to find what you want.

Get recommendations and see where they’re available to stream.